FRIDAY'S "FORGOTTEN" BOOKS AND MORE: the links to reviews and related texts: 18 September 2020

This week's books and more, unfairly (or sometimes fairly) neglected, or simply those the reviewers below think you might find of some interest (or, infrequently, you should be warned away from--a few more than usual this week); certainly, most weeks we have a few not at all forgotten titles...if I've missed your review or someone else's, please let me know in comments. 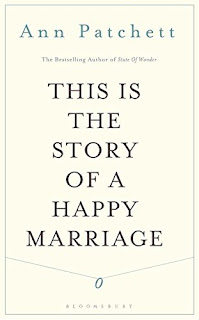 Patricia Abbott: This is the Story of a Happy Marriage by Ann Patchett

Sofiya Alexandra and Jackie Kashian: The Wheel of Time series by Robert Jordan and Brandon Sanderson

Paul Barnett/"John Grant": A Trip to the Stars by Nicholas Christopher

Brad Bigelow: Mostly Nasty and the novels of Andrew Graham 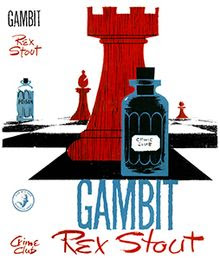 Joachim Boaz: The Heirs of Babylon by Glen Cook

Bob Byrne: West of Guam: The Complete Adventures of Jo Gar by Raoul Whitfield,
Bodyguard by Roger Torrey, and other recent reads 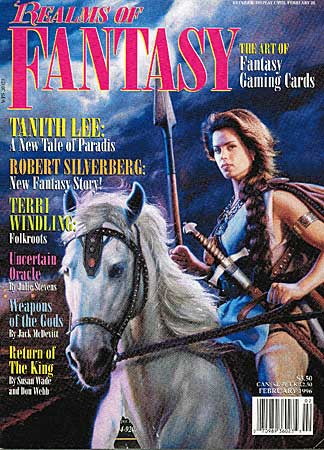 Martin Edwards: Duncan is in His Grave by "Richard Wiseman" (Nick Bartlett)

Will Errickson: Raw Pain Max and other novels by Dean Andersson

Curtis Evans: Old Mrs. Ommanney is Dead and other novels by Margaret Erskine

"Olman Feelyus": Incident at a Corner by Charlotte Armstrong; Soft Touch by John D. MacDonald; A Hero Ain't Nothin' but a Sandwich by Alice Childress

Cullen Gallagher: Bring Him Back Dead by "Day Keene" (Gunard Hjertstedt); And She Was by Allison Gaylin 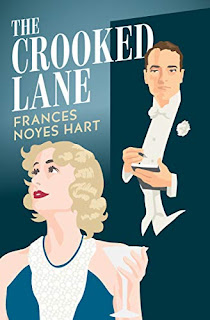 Bev Hankins: Into the Valley of Death by H. R. F. Keating (as by Evelyn Hervey); Out of Control by Baynard Kendrick 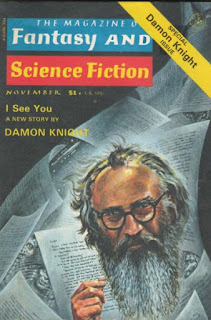 Jerry House: The Shadow: The Magigals Mystery by "Maxwell Grant" (Walter B. Gibson); Killer, Come Back to Me by Ray Bradbury, and other incoming books

Kate Jackson: The Spiked Lion by Brian Flynn; The Puritan Pleasures of the Detective Story by Erik Routley

Joe Keenan: Julius Caesar is Alive and Well by Irving A. Greenfield; The Executioner #13: Washington IOU by Don Pendleton

George Kelley: Detectives in the Shadows: A Hard-Boiled History by Susanna Lee

Karen Langley: Paula by Sandra Hoffmann; Journey Through a Tragicomic Century by Francis Nenik, both translated by Katy Derbyshire

Xavier Lechard: "The Boxdale Inheritance" by P. D. James (from Verdict of 13, edited by the Detective Club) 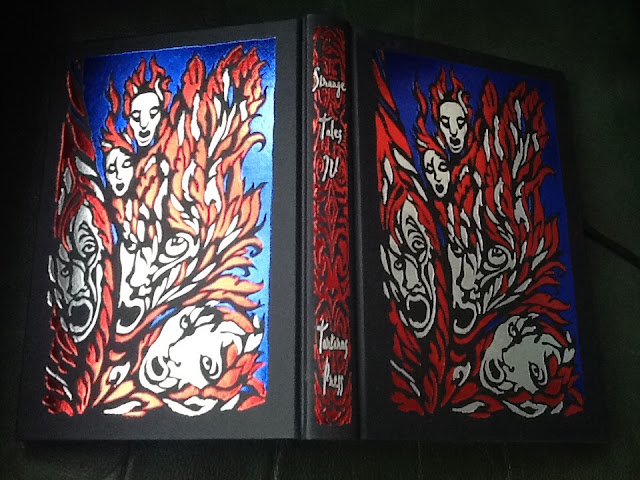 Evan Lewis: "Hades" and "Hocus Pocus" by Lester Dent; "Pickup" (aka "The Whosis Kid") by Dashiell Hammett (originally in The Black Mask, March 1925, edited by Philip Cody; possibly with different text as syndicated in newspapers including The Philadelphia Inquirer, July-August 1936) 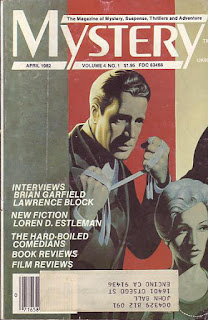 Library of America: "This Side of Paradise?" by Heywood Broun, The New York Herald-Tribune, 14 November 1920

Ed McBride: Get Out of Town by "Paul Connolly" (Tom Wicker)

Neeru: A Daisy Chain for Satan and Maiden's Prayer by Joan Fleming

John F. Norris: No Coffin for the Corpse by Clayton Rawson; "magical" detectives

John O'Neill: A Sense of Wonder (aka The Moon Era) edited by Sam Moskowitz;
Amazons! and Amazons II edited by Jessica Amanda Salmonson

Paperback Warrior: The Venetian Blonde by A. S. Fleischman; The Fog by James Herbert; Assassins' Hide-Away by Hal D. Steward

Mildred Perkins: Mayhem and The Death House by Sarah Pinborough

Scott Thompson: The Stone of Chastity and Four Gardens by Margery Sharp

"TomCat": "The Rooftop Ornaments of Stone Ratha" by Mori Hiroshi (translated by Ryusui Seiryoin); The Ellberg Collection by Anthony Oliver; The Woman in the Wardrobe by Peter Shaffer

Damon Knight
by John-Henri Holmberg
(reprinted with permission from Facebook) 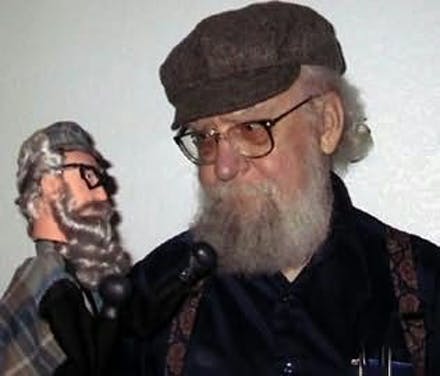 Today, September 19, was the birthday of a lifelong favourite science fiction author. On this day, in 1922, Damon Francis Knight was born in Baker City, Oregon. Like so many of us, he began reading sf as a child, as a teenager discovered and became active in sf fandom, and at eighteen moved to New York where he shared an apartment with Robert A.W. Lowndes and became a member of the Futurians, one of the seminal sf clubs in America – among its other members were Frederik Pohl, Isaac Asimov, Donald A. Wollheim, James Blish, Cyril Kornbluth, and Judith Merril, all of them among the most influential editors, critics and authors in sf over the next several decades. He wrote fascinatingly about this in The Futurians, 1977.
Damon Knight was all of that. As a critic, he was probably the first to take sf seriously as an adult literary form, and wrote analytically, often harshly but always with respect and understanding of the form. His collection of critical essays, In Search of Wonder, was first published in 1956 and was the first knowledgeable critical book on sf published. An expanded second edition followed in 1967; a third, even more expanded, in 1996. Later on, he published Turning Points: Essays on the Art of Science Fiction, 1997, an anthology of his own and others’ critical writings on sf.
As an editor, Damon Knight was in a sense unlucky – he twice became the editor of science fiction magazines, first of Worlds Beyond, which was discontinued after only three issues (1950–1951), then of If, but again only for three issues (October 1958–February 1959). He had greater luck with anthologies. His first, A Century of Science Fiction, was a revelation when I read it at fourteen – the first book I had seen that put sf in a historical context, and reprinted stories from as early as 1859. More than anything else, I believe this was the book that made me interested in the history of sf, and of sf as a specific form of literature with a long tradition behind it. Damon Knight went on to publish a further 26 anthologies, all of them excellent and all of them distinguished by Knight's genius for finding seldom-reprinted but first-rate stories. His huge A Science Fiction Argosy was a seminal anthology containing much of the best sf written; Happy Endings fascinatingly mixed sf and mainstream stories in, I suspect, an attempt to tell both sf and mainstream readers that the other field also had much to offer [Bobbs-Merrill sold it as an anthology of the macabre...which it mostly was. TM]. And in 1966, he launched Orbit, an annual original anthology series which became the longest running so far in sf, and which presented a stunning number of first-rate stories. It ended, finally, with Orbit 21, in 1981.
Then there was Damon Knight the author. He published fourteen novels, but was seldom entirely at ease with the long format; of his novels, in my view, only a handful are first-rate: The People Maker, 1959, The World and Thorinn, 1981, and the last two, Why Do Birds?, 1992, and Humpty Dumpty: An Oval, 1996. But if novels were not Damon Knight’s strongest format, he excelled in short stories and novellas. I pity those who have never read “The Country of the Kind”, “The Earth Quarter”, “Stranger Station”, “Ticket to Anywhere”, “Dio”, “Thing of Beaury”, “The Handler”, “Mary”, “Masks”, “I See You”. In all, he published just over a hundred shorter works, and together they comprise one of the very few finest bodies of short fiction I have seen anywhere, in or out of science fiction. Sometimes hysterically funny, sometimes wryly satirical, sometimes bitter, sometimes poetical; always beautifully written and brilliantly conceived. He published fourteen collections. If you like science fiction, you should find them and read them.
On a personal note, I never knew Damon Knight. I met him several times, talked to him a few times, but know him I never did. Even so, he was a considerable influence: during my first world sf convention, Judith Merril brought me along to the SFWA suite, introduced me to him, and sat down to discuss with him; I spent hours sitting on the floor at their feet, listening to them talking about the “new wave” versus traditional science fiction. I’ll admit to siding with Damon Knight in that discussion; his idea was that the reason that sf exists at all is that it isn’t just mainstream fiction with speculative flourishes, but that it actually offers viewpoints and values not to be found in either fantasy or mainstream fiction. For my money, he was one of the few renaissance men in science fiction. He died on April 15, 2002. That was much too early. With Damon Knight, we lost an irreplaceable both critic of and shaper of the beginnings of modern science fiction.
Posted by Todd Mason at 9/20/2020 02:44:00 AM

It sure should, Anon...thanks. I think that one was put in place at maximum eye-glazing.

Thanks Todd for putting all this together and including my reviews.

Not at all, Neeru. Thanks for contributing!

Thanks so much, Todd, for doing all this work. I see so many posts here that I would miss otherwise.

Thank you, Tracy...it's always fun to see what the "core" group and all the other people doing similar work have found, or been found by...there are always some surprises, more than dreamt of in my bibliography...

I'm embarrassed that you had to go fishing for one of mine, Todd. I got distracted and forgot--getting old, my friend. But here's a new one you can use for next Friday. I just now posted it! https://mdpaust.blogspot.com/2020/09/a-cloud-in-my-hand-erika-byrne-ludwig.html

Matt--what on Earth in the current scene could possibly distract you? (Coughing fit ensues.) Thanks for he link pointer, and your contributions. And I'm about as middle-aged as I can get...hoping to get old with a modicum of elan...keep it up!

Here is one for this week, Todd:

Passenger to Nowhere by Anthony Gilbert

Thanks, Neeru...most of the way done! And for your kind words about my blog.