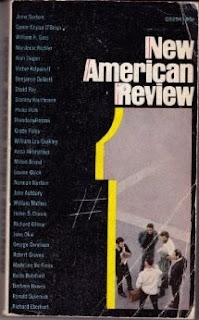 I have not yet read (or re-read) enough of the issues of New American Review/American Review I have rather haphazardly collected over the years to do a worthwhile review of the publication, but knowing that Barry Malzberg held it in the greatest esteem, and curious if he'd ever written anything for the public eye about the magazine in book form, I sent along a link to the Slate article he cites and then asked if he'd be game to write a bit about the Solotaroff project; and he was.  TM

Todd Mason, quoting a 2008 elegiac Slate article at the time of Theodore Solotaroff's death asks me the question asked by Slate...was the New American Review the best literary magazine?   Well, yes, the New American Review, later renamed the American Review after the New American Library dumped it  [and Simon & Schuster, its second publisher, who had retained the original title, passed it on for its last volumes to Bantam], was the best literary magazine in the history of the Republic.  What was the competition?  Maybe the Saul Bellow/Keith Botsford The Noble Savage which like Jonah's Gourd lived and died in the night of the early 60's, but Solotaroff ran it, really ran it, 26 issues over its nine years and in an early and unprecedented blaze of ambition.  Two huge sections of Portnoy's Complaint ran in early issues, so did a piece of the hermaphrodite novel Willy Nilly to say nothing of Harold Brodkey's twenty-page depiction of cunnilingus which turned Anatole Broyard's review in the NY Times into a puddle of lust.  And nonfiction which caught the political hope, craziness and doom of its originating years (1967-1976 was the full run) as not even Harold Hayes' laudable Esquire had managed.

Solotaroff had ideas, he had anger and he was ready to be broken by his decade.  A kind of anti-Podhoretz, Commentary alumni both, Solotaroff was open to the crazy societal breakdown even as Podhoretz was enraged by it.  Furthermore, TS was not a directive editor, he had no political agenda, the agony of culture shock was his centrality and like the writers he brought into the magazine he was willing to take a chance on almost anything.  Usually the outcome was disastrous but that was the fun part...the intelligentsia wallowed in 60's and 70's disaster the way their grandfathers in Paris had wallowed in anomie. 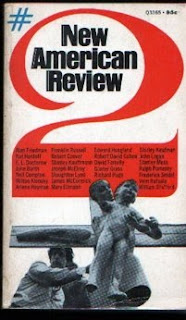 There is another aspect to the greatness and tragedy of this magazine (published as a mass market paperback but Solotaroff insisted that its impulse and immediacy were clearly founded on a magazine's premise): it was the last shot of rapidly dying pre-conglomerate publishing to exalt the democratic ideal.  New American Library had already been acquired (the year before the Review's first issue) by the Los Angeles Times Syndicate and by the mid-seventies the conglomerates had moved in rapidly toward the universal captivity they exercise.  But New American Library, founded as a mass market paperback firm with a high-end intellectual imprint, Mentor Books, had personnel with a guiding principle: Great Reading For the Millions and Freud, Henry James, Mailer, John Horne Burns, Faulkner, William Gaddis, the most unlikely sources were for Mentor and New American Library the most likely of all.  The populist mission was to educate, to uplift, to put Nietzsche or Freud in the longshoreman's pocket and turn him into Eric Hoffer.

The Review was centrally placed in that tradition.  If it was not mass-market, if it could not command a general audience Solotaroff believed (and so stated in the editorial of the opening issue) then it had no business existing.  His vision and that of his publisher was very close to that of the great science fiction editors and writers of the preceding decade...thought, writing, active speculation were for the masses and meant to influence the masses or they were not anything at all.

Sales, initially encouraging, maybe 50,000, steadily retreated of course and New American Library's masters were eager to shed the publication.  It [eventually] became a kind of welfare project for Bantam which never really wanted it and when Nixon flew away from the defunct universal draft and Vietnam project, Solotaroff was presiding over an originating zeitgeist which no longer existed.  Such is the fate of editors everywhere (politicians, more malleable, can last longer).  The Review ended, Solotaroff became an editor of novels at Harper and when predictably he and Murdoch failed to quite enjoy one another, Solotaroff drifted into a kind of obscurity I wish had been designed for Podhoretz.  A great early run, though. 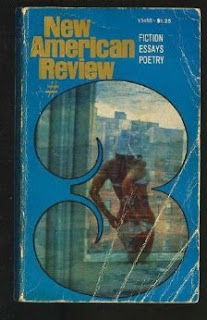 My friend in the Syracuse University Masters Program in Creative Writing, Arlene Heyman, sold the Review two stories (Bennington alum: the Malamud connection helped) and understandably opted to enter Medical School at nearly 30 and become a shrink.  The only way she could deal with the 60's was to put them on the couch. 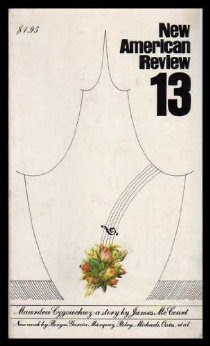 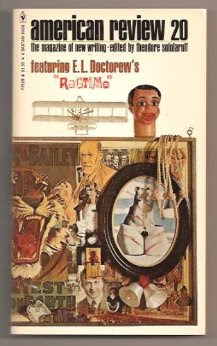 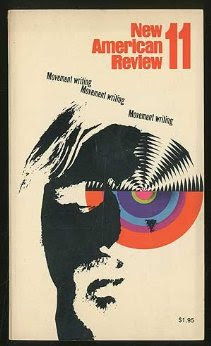 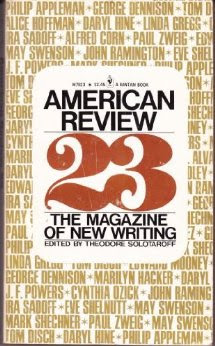 (Mason: As I've noted before, another student in the Syracuse writing program at the same time as Barry was Joyce Carol Oates, both of whom coincidentally eventually have resided in New Jersey in the decades afterward, and that if there is a section of the Syracuse campus library devoted to the works of that class, between them Malzberg and Oates might not fill a wing, but certainly with single editions of their published work alone they alone would fill a sizable bookcase...with even the least of those works from either at least thoughtful and evidence of great talent and artistry, the best devastating.

Barry Malzberg has been writer, editor, literary agent, critic, and more, most visibly in the fantastic-fiction community, but also in crime fiction and other fields. The Very Best of Barry Malzberg has just been published.)

I don't have all the issues, but I can still remember the excitement the first ones generated in me and a couple of my friends back in my grad school days. Long time gone.

The fellow whose elegy for Solotaroff sparked this might've been the one who suggested that Granta now holds a comparable if lesser slot. Not really.

There are a number of good literary magazines at the moment, but none which are clearly trumping the field.

I see I have the first 4 issues, so like Bill Crider I was impressed by the early issues. I thought I had the rest among my stacks of literary magazines but I can't locate them. Sets are easy to find since the circulation was so high.

I'm always interested in what Barry Malzberg has to say. Two of my favorite books are THE ENGINES OF THE NIGHT and BREAKFAST IN THE RUINS.

You should, Walker, consider picking up the collection of Malzberg/Resnick columns, as well, then, THE BUSINESS OF SCIENCE FICTION. I believe these might be Barry's only nonfiction books so far...

Like Bill Crider and his friends, I looked forward to every issue of the NEW AMERICAN REVIEW. As time and the series went on, that enthusiasm lessened. For more cutting-edge fiction and non-fiction, I turned to the PUSHCART PRIZE yearly collections.

I like the PUSHCART volumes, but they do have the advantage of picking and choosing from whatever editors send along (I must admit that the editor who told me that my piece for his magazine was the best he'd published not putting it up for that year's PUSHCART volume made me feel a bit like asking, Really?). Now that the O. HENRY volumes are all but dead, unless PEN takes them over completely from Doubleday and its corporate masters, the PUSHCART books might take on even greater importance...as BEST AMERICAN SHORT STORIES and its siblings might, as well...