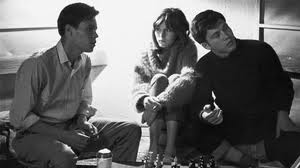 As always, thanks to all the contributors and all you readers of these reviews and citations linked to or presented below...and, as frequently, I suspect we'll have a few more links to add by the end of the day. Please feel free, as always, to let me know of any I've overlooked which should be posted here. 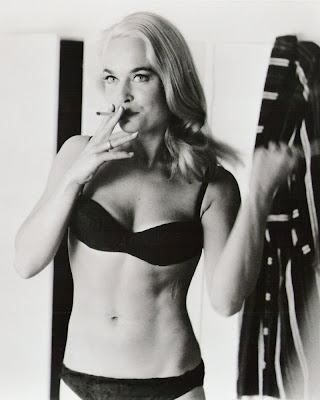 Ed Gorman: Tony Timpone on Pretty Poison; On the Road

Elizabeth Foxwell: "My Life in Historical Mystery; or, It's All Elizabeth Peters's Fault" 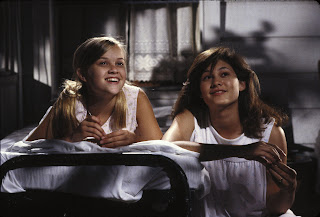 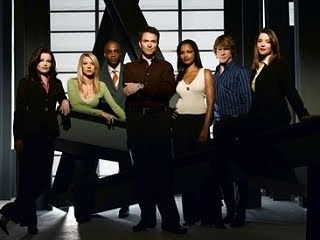 Randy Johnson: War-Gods of the Deep (aka City Under the Sea) 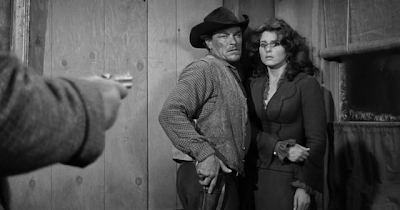 Ron Scheer: Day of the Outlaw

Scott Cupp: I Married a Monster from Outer Space


Boy-Men and All They Can Lose

Nobody Waved Good-Bye (1964) is an angry young man film that isn't completely on the side of its angry young Canadian middle-class truth-seeker, but does attempt to let him make his case, as he makes one bad decision after another. Commissioned by the National Film Board of Canada as a short film about teens falling under bad influences, the film-making group instead opted for something a little more ambiguous, a feature-length (80-minute) largely improvised, cinema verite-influenced drama shot in three weeks, involving Peter (Peter Kastner), in mutual love with the more grounded but somewhat more timid Julie (Julie Biggs), and how Peter manages to make his already fraught relation with his parents and other authority figures that much worse, in part in not quite catching on to what they want or need for themselves or from him (some, such as John Vernon, later of Animal House among many other such roles, as his sleazy boss at a parking lot, are not too eager to make themselves clear). Shoplifting from bookstores and hanging out too late at the local folkie coffeehouse (Peter is a budding musician) lead to more serious offenses, enough to further Peter's alienation by film's end, and Julie's from him...one can see the film in its entirety at the National Film Board site at the link above, though, sadly, the 20-years-later sequel, Unfinished Business (reuniting Kastner and Biggs as parents) has been more elusive in my sporadic attempts to locate a copy.

Solitary Man (2009) is comedic tragedy, about corrupt, once-impressive car dealer Ben Kalmen (Michael Douglas), out of prison after a brief sentence on fraud charges, and his sabotage of his own attempts to recapture his previous life. He has a relatively cordial relation with his ex-wife (Susan Sarandon), but is perpetually chasing much younger women, including the good friend of his adult daughter (Jenna Fischer), despite having established a regular thing with Jordan (Mary Louise Parker), the daughter of a Mercedes big wheel, who seems willing to help him get a dealership and get back into that game. Unfortunately, Kalmen pulls a Woody Allen, when accompanying his womanfriend's daughter (Imogen Poots) up for interview at his alma mater, an unnamed amalgam of Boston-area old-money universities and colleges (Kalmen had, in his wealthier days as an alum, funded at least one building on campus), and tumbles into bed with young Alyson. The daughter eventually lets this slip in her mother's presence, and Kalmen's plans for a return to his cushy old life slip away as quickly. Kalmen tries to regain some of his composure by taking a job with an old friend (Danny Devito) at the off-campus hangout near the daughter's school, with a bit of attempted sexual mingling with the current co-eds that even Kalmen manages to realize is rather pathetic, not least after Jordan employs strong means of persuasion against him. 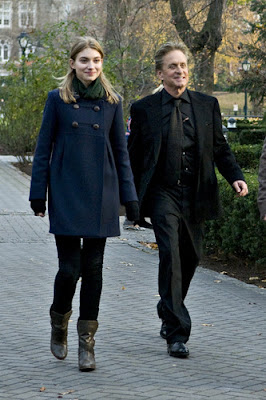 So, two films about boyish, impulsive men, one barely and uncomfortably into manhood, the other working on his fifth decade of sustained adolescence, and the rather remarkable women who can put up with them, if only so far. What distinguishes these films from typical Hollywood product is that their selfishness and impulsiveness aren't seen as lovable foibles, but serious problems for themselves and for all around them, albeit both films come up with relatively pat endings that might be seen as letting their boy-men off their respective hooks. That they were ever hooked at all is more than a step up on the typical sitcom (and sitcoms in cinematic form, such as The Hangover films or most of the Judd Apatow axis of projects), where, again, such men are Charming Rogues, or we're supposed to see them as such. Both films involve theft around cars, as well, which only seems the boy-mannish thing to do, after On the Road and so much else that automotive wanderlust features in. Both are well-acted within their compasses, and have some genuine wit about them...the casting in Solitary Man is hard to beat for the purposes they're put to, including Jesse Eisenberg as an upright if somewhat nebbishy friendly acquaintance of Kalmen's on campus, or Gillian Jacobs in a very small role as one of Kalmen's targets for an exercise in charm. Vernon is far and away the most familiar face in Nobody, but even when the other cast members can be a bit raw or stiff in small roles, it's usually employed to the film's advantage.

Todd, thanks for remembering NOBODY WAVED GOODBYE. I hadn't thought of Peter Kastner since YOU'RE A BIG BOY NOW. Did not know anything of his subsequent career in TV and the other details of his life over at imdb.com.

It does seem hard to overestimate how much this film seemed to startle Canadian filmmakers out of their lethargy/self-doubt. "Oh...we can make edgy films, too."

SOLITARY MAN is one of Michael Douglas' edgy movies, too. I'm impressed by the variety of contributions this week!

Edgy up to a point, anyway. But rather good in its compass till that ending, even more pat than that of NOBODY, if also not altogether unbelievable, either (as is that of the Canadian film).

Hello! I am new to the world of Tuesday’s Overlooked (or Forgotten) Films. I have been following quite a few of the blogs that post their picks regularly but this is my first time posting.

My post is about a movie I think is overlooked, The Night of the Generals (1967).

Hmmm...there's something wrong with the comment box. I am being shown as Anonymous. Posting from a Wordpress blog to a Blogger hosted blog is such a pain!

Well, I am not Anonymous. I am wutheringwillow from A Life in Movies. Yvette from in so many words… can vouch for that! ;-)

My post is about a movie I think is overlooked, The Night of the Generals (1967).

I can't bear Michael Douglas in anything. I was persuaded to see the Wonder Boys for inclusion in my writer-themed course and it cemented my loathing.

I did get an actual A/V post up belatedly, but I appreciate the link to the Broad Pod.

He's in his element here, but you won't like the ending.

I told myself I was going to make a concerted effort to turn these assignments on time, and I'm backsliding every chance I get. Here's the official "Overlooked Films" entry:

Thank you. As someone whose NOBODY WAVED GOODBYE review was delayed by several months, I have much to be silent about.

Todd, thanks as always for posting my post. I noticed you used a photo from "Eyes" TV series. I have not seen the series, have you? Were any of the women on the show licensed PIs or just assistants to the male PI running the agency (Tim Daly)?

Yes, I did see a few episodes of the series, in whole or in part, and aside from the gorgeousness of the cast, the scripts weren't bad, either, making ABC's quick cancellation very much a pity. At least two of the women were at least acting as full-fledged PIs, as I recall...so, presumably, more likely to be licensed than Veronica Mars was, anyway.