Databases of some horror and fantasy literary awards, and some related sources of background information 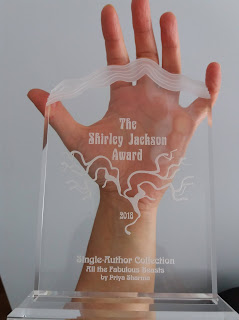 Two Quartets: Best of the Year Horror Annuals and four novels I recommend to those looking for an introduction to horror and suspense
A quick take on some of the best of the year annuals in short horror fiction (two, at least, continue, Ellen Datlow's and Stephen Jones's, and they both feature excellent reportage in each volume on the past year in literary and other narrative horror) and the quartet of novels I recommend to those wanting to get a sense of the range of horror and suspense fiction. (The comments on the post are useful, as well.)

A complete index of the first best of the year annual devoted to short horror fiction, which had a good long run in the US edition, and several volumes in the UK.

How I came to love horror fiction and the adjoining fields...good to brilliant anthologies, among other work! 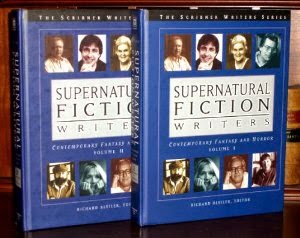 Supernatural Fiction Writers: Contemporary Fantasy and Horror (Scribner's/Gale) is a useful 2-volume survey, published as the 2nd Edition in 2002, and featuring essentially all new content distinct from the first edition; the second is edited by Richard Bleiler, the first (1985) by his father Everett Bleiler, both librarians and otherwise deeply engaged in the fields of supernatural literature. (I wrote the survey essay on Joyce Carol Oates and, peripherally and too briefly, Kate Wilhelm, in the newer edition; I believe E. Bleiler wrote the Oates essay in the first.) Used copies online are going for reasonable prices, if your library doesn't have one. New copies still a bit dear. And a number of the folks below have written little horror so much as other kinds of fantasy, but most have done notable work in horror among other forms (essay subjects first, essay authors follow):
Posted by Todd Mason at 9/29/2020 04:14:00 PM 2 comments:

FRIDAY'S "FORGOTTEN" BOOKS AND MORE: the links to reviews and related texts: 25 September 2020 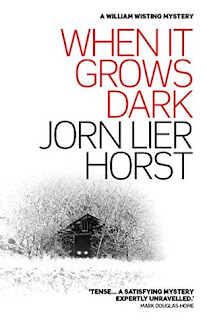 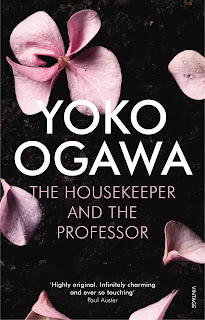 Patricia Abbott: The Housekeeper and the Professor by Yuko Ogawa (translated by Stephen Snyder)

Les Blatt: The Girl in the Cellar by Patricia Wentworth; The Adventures of Dagobert Trostler, Vienna's Sherlock Holmes by "Balduin Groller" (Adalbert Goldscheider) (translated by ?)

Joachim Boaz: Doctor to the Stars by "Murray Leinster" (Will F. Jenkins)

Ben Boulden: Tears are for Angels by Paul Connelly; The Living End by Frank Kane; Stool Pigeon by Louis Malley

Brian Busby: Every Man for Himself by Hopkins Moorhouse

Alan Cranus: A Net of Good and Evil by Michael Scott Cain

Samuel Delany: Dark Matter: A Century of Speculative Fiction from the African Diaspora and Dark Matter: Reading the Bones, edited by Sheree Renée Thomas (please see text at the end of this post) 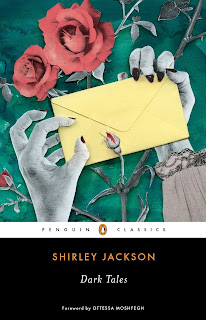 "Olman Feelyus": A New Kind of War by Anthony Price

Aubrey Hamilton: To Kill a Cat (aka Wycliffe and How to Kill a Cat) by W. J. Burley; Vulnerable by Marie Burton

Rich Horton: A Backwards Glance by Edith Wharton; Castaways' World and The Rites of Ohe by John Brunner 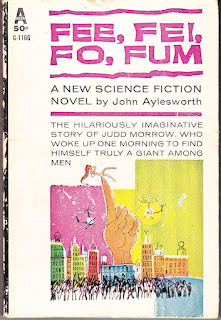 Colman Keane: Shadows Everywhere by John Lutz; Serenity by Craig A. Hart; A Sight for Sore Eyes by Ruth Rendell; Web of Murder by Harry Whittington; Jack and Mr. Grin by Andersen Prunty

Rob Kitchin: The Eye of the Cricket by James Sallis

Neeru: Passenger to Nowhere by "Anthony Gilbert" (Lucy B. Malleson)

Stephen Nester: East of A by Russell Atwood

Paperback Warrior: The Dark Brand by H. A. DeRosso; God's Back Was Turned by Harry Whittington; The Net by "Edward Ronns" (Edward Aarons); "In a Small Motel" by John D. MacDonald, Justice, July 1955, edited by Harry Widmer

Matt Paust: A Cloud in My Hand by Erika Byrne-Ludwig

Kerrie Smith: The Bookshop of Yesterdays by Amy Myerson

Marina Sofia: A Journal of the Plague Year by Daniel Defoe

"TomCat": A Wreath for the Bride by "Maria Lang" (Dagmar Lange)(translated by Joan Tate) 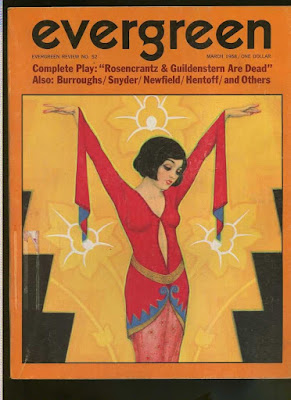 Steve Weddle/Beau Johnson: The One That Got Away by Joe Clifford

Gary K. Wolfe: Sheree Renée Thomas, editor of Dark Matter and Dark Matter: Reading the Bones and author of Nine Bar Blues: Stories of the Ancient Future among other books

A. J. Wright: Scottsboro: A Tragedy of the American South by Dan T. Carter; Judge Horton and the Scottsboro Boys by Barbara Bauer and Robert F. Moss; the books of Prentiss Ingraham

Lisa Yaszek/Library of America: "The Miracle of the Lily" by Claire Winger Harris, Amazing Stories,  April 1928, edited by Hugo Gernsback 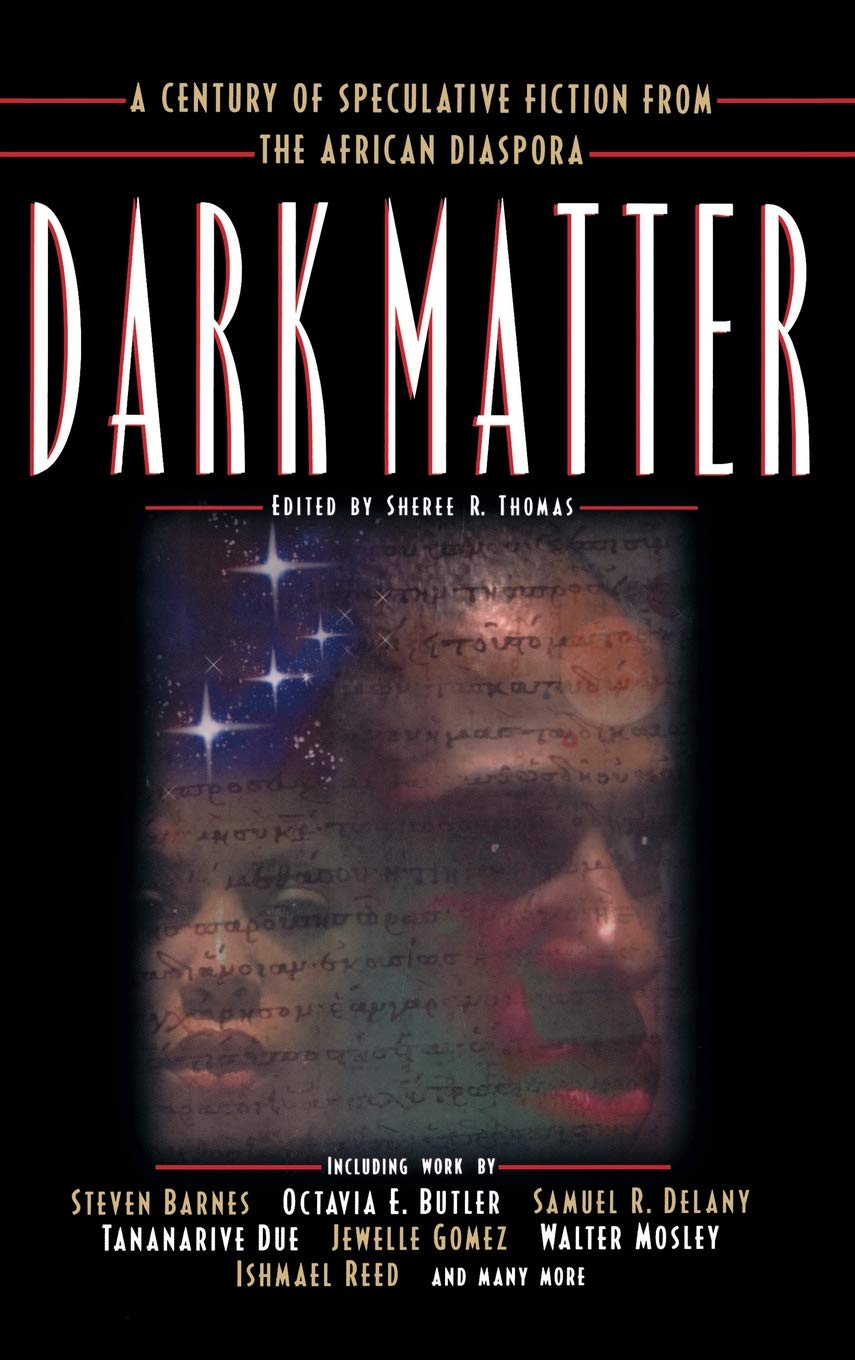 on Dark Matter: A Century of Speculative Fiction from the African Diaspora edited by Sheree Renée Thomas

In 1999, I was proud to have a story and an essay picked for inclusion in this anthology. I was proud to see students of mine such as Octavia E. Butler and Nalo Hopkinson and friends such as Jewel Gomez and Tananarive Due and Steven Barnes, and Paul Miller and all the other fine and interesting writers who share the book, from my old family friend, the late W. E. B. Dubois, and other fine writers, younger than I, including Walter Mosely, Evie Shockley, and Ishmael Reed.

Look at the subtitle—A Century of Speculative Fiction from the African Diaspora—and if you read all the cover matter carefully, you will find two things: 1) Unless it occurs at the beginning a sentence, "black" is never capitalized. 2) There is no mention of the white critical term, "Afro-Futurism" coined by white critic Mark Geary in the late sixties, that was, indeed, about myself, Estelle Butler, Greg Tate, Trischa Rose, and others, including white Virginia writer (another friend and former student) William Gibson.

You should know: The lower case "b" on black comes directly from an oppositional stance formulated by W. E. B. DuBois and activists who followed him, and means the same thing as the lower case "w" on "white." Contrastingly, the upper case "B" on Black is a recent, post-1978, reactionary term, based on a "feel good"/"let's not offend anyone" position, that masks itself as "respect" and is really about maintaining separation and suppressing conflict, harmless in its place but historically deaf. (If you want to read about its history, see my 2007 novel Dark Reflections, recently released in a Dover Thrift Edition.)

So let’s go back to the term that is there: "African Diaspora." First of all, there have been major ones going on from as far back as 300,000 bce; 250,000 bce, and 80,000 bce. In short, these migrations produced what we call the human race, wherever it ended up on the planet. Pigments, facial shape, eyes and lips and noses changed for optimal survival in local conditions. In short, all of us—not just the ones in this book—started out there. That includes everyone in the GOP.

There is a more recent one, that the subtitle refers to: when Arabian, African, and white European slavers captured largely tribal Africans and shipped them by the thousands to England and the Americas, and even further afield.

Among the great commemorative works responding to this is Robert Hayden's poem, "Middle Passage," published in his book 1962/'66 volume, A Ballad of Remembrance and his Collected Poems. (I have always thought of it as the missing section that Hart Crane once intended to include in The Bridge.)
Because of that beginning, many of us whose ancestors came here through this historical trajectory have found herself, like the Amerindian peoples who predated the European settlers in more or less critical tensions with many those folk. The existence of such an anthology as this is not readable without a sense of that tension.
* * *
Although "Aye, and Gomorrah . . ." is certainly my best-known story, I've always wondered if it was the best for the book. But, then, I wasn't the editor. And I think Sheree Thomas certainly did a fine, fine job.

The existence of "Afro-Futurism" (which I take to be the American fascination of what black and white writers both are saying about black folk and their relation to whites in SF terms) has influenced me enough to put together a lecture on the topic. At least one black African critic, K'eguro Makaria, writing about my last and largest SF novel, has accurately (I felt) nailed its overarching topic: "black livability." That makes me happy. (It is not the novel that made it into the LoA volume, though the central character there is also a black man.) Giving in to demands, I have written a lecture on "Afro-Futurism" which you can hear me deliver in the News & Events section of my website. But it is not a topic that obsesses me in any way, nor is a topic one that I feel inclined to discuss as a moment's notice.

Having said that, I hope those of you who don't know this book will get it and read it—or, if you have it, read it again.
And if you want to know what I feel about some of these questions, at least in the last century, when most of my fiction writing was done, there are all sorts of books that can tell you, listed on my website (Atlantis, The Three Tales, The Mad Man...) and listen to recordings of my talks from the last few years on the topics.

There is a second volume edited by Sheree Renée Thomas, which is just as interesting and brings together a different slate of black writers. 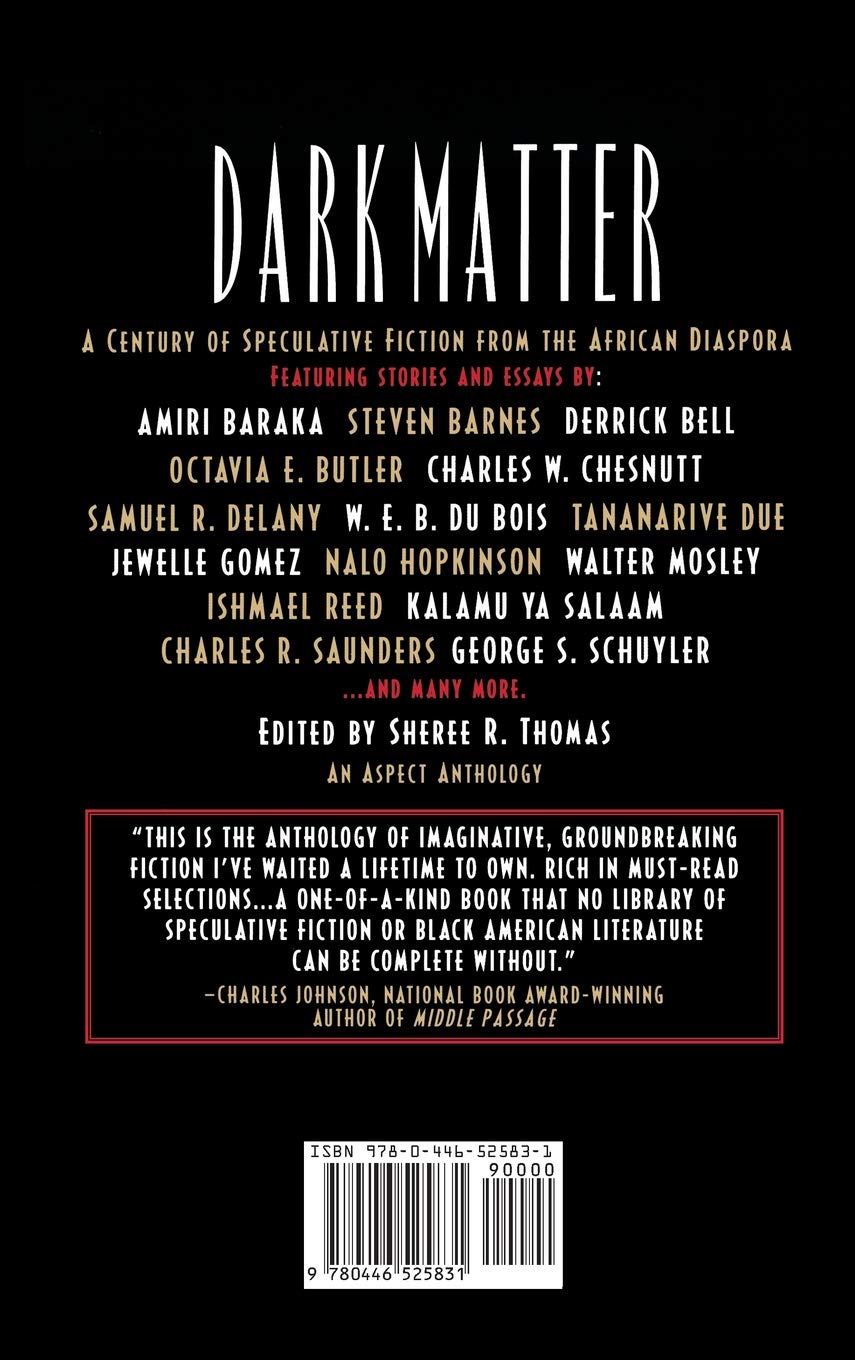 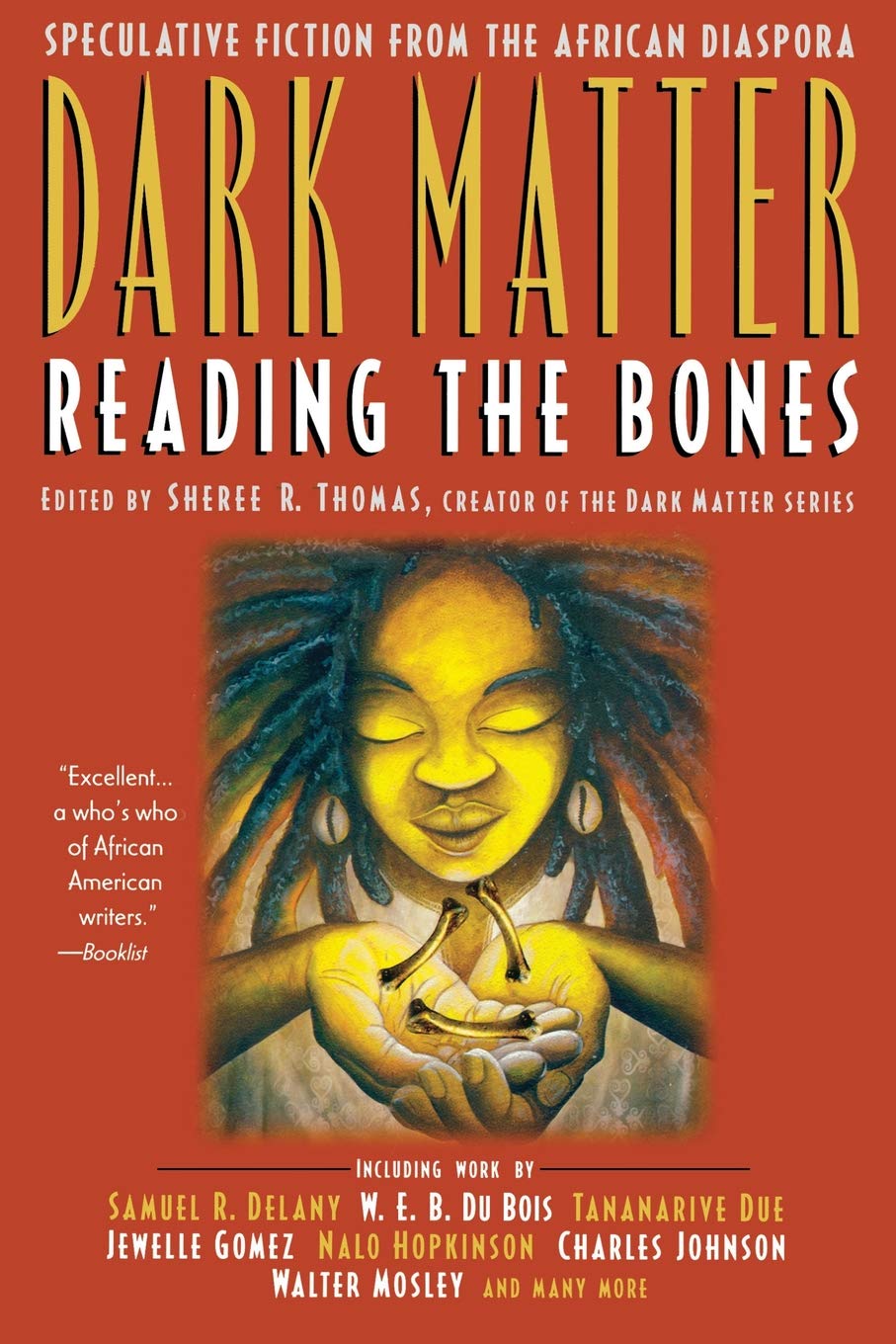 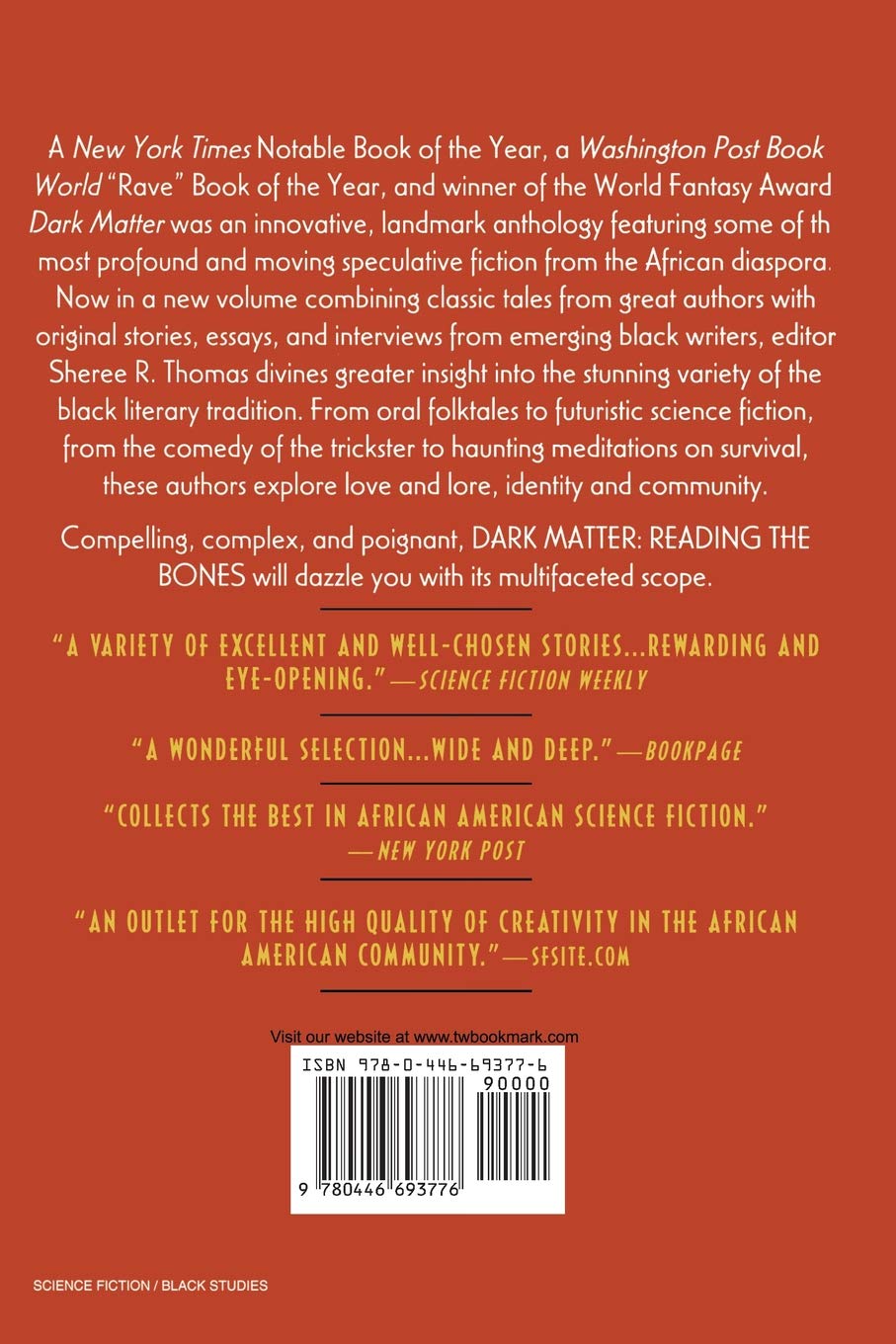