This week's books and more, unfairly (or sometimes fairly) neglected, or simply those the reviewers below think you might find of some interest (or, infrequently, you should be warned away from); certainly, most weeks we have a few not at all forgotten titles, and particularly this week, as we celebrate Banned Books Week...if I've missed your review or someone else's, please let me know in comments. Below, a still featuring the recently late writer Carol Emshwiller and two of her and filmmaker/visual artist Edmund Emshwiller's children... 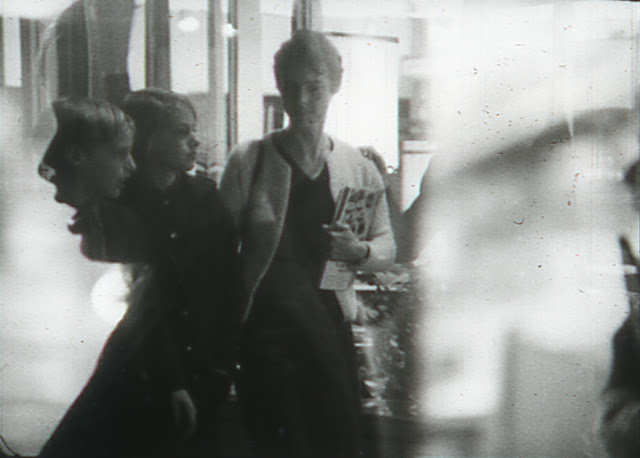 Les Blatt: The Puzzle of the Happy Hooligan by Stuart Palmer; A Puzzle for Fools by "Patrick Quentin"

Will Errickson: Valley of Lights by Stephen Gallagher

Olman Feelyus: The End of the Night by John D. MacDonald; The Wanderer by "Alain-Fournier" (Henri-Alban Fournier)(translated by Frank Davison)

Bev Hankins: The Two-Pound Tram by "William" (aka Kenneth) Newton; The Fate of the Immodest Blonde by "Patrick Quentin" (this time, Hugh Wheeler and Richard Webb)

Rich Horton: The Gods Themselves by Isaac Asimov among other novels in contention for the Hugo and Nebula Awards in 1973; The Beasts of Kohl by "John Rackham" (John Phillifent); A Planet of Their Own by John Brunner; Hazard by Jo Beverly; Andy Duncan short fiction 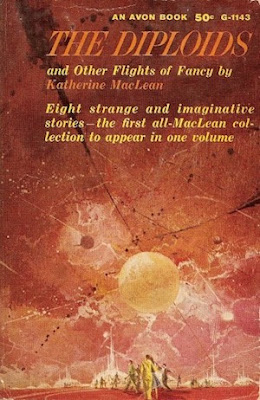 Kate Jackson: It Walks By Night by John Dickson Carr; The Hooded Gunman: An Illustrated History of Collins Crime Club by John Curran

Jeanne at Bristol, VA, Public Library: If Cats Disappeared from the World by Genki Kawamura (translated by Eric Selland)

Rob Kitchin: The Abrupt Physics of Dying by Paul Hardisty

Nick Kolakowski: A Dance at the Slaughterhouse by Lawrence Block

B. V. Lawson: Morse's Greatest Mystery and Other Stories by Colin Dexter

John O'Neill: The Opener of the Way (and the House of the Hatchet paperback partial reprint) by Robert Bloch

Sandra Ruttan: The Hate U Give by Angie Thomas; Banned Books Week

"TomCat": Where There's a Will by "Kip" Chase (Travett C. Chase)

Sarah Waters: suggested ghost stories (with reviews from Ed Gorman, Bill Crider and a number of other stalwarts, some still with us...)

Thanks as always for a great list, Todd, and the links to my own offerings.

Thanks, Paul! A datum I'd meant to double-check, but did not. Fixing in the fixable spots now.

Thank you, too Jack!