Below, the links to this week's selections of insufficiently appreciated and overlooked books (with a few warnings mixed in), with the reviews and citations at the links below. Primary host Patti Abbott will be back to the task next week, if I'm not mistaken. And if I've missed your or someone else's item for this week, please let me know in comments. Thanks very much!

Sergio Angelini: Some Must Watch by Ethel Lina White

Joe Barone: To Love and Be Wise by Josephine Tey

Brian Busby: Harlequins and the Current Canadian Crises: The Corpse Came Back by Amelia Long; Firebrand by Rosemary Aubert

Bill Crider: A Night in the Lonesome October by Roger Zelazny

Martin Edwards: Murder of a Lady by Anthony Wynne 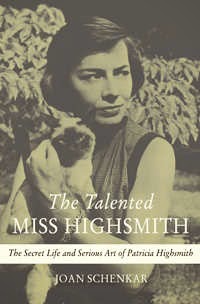 Jerry House: The Goddess of Ganymede by Mike Resnick

Nick Jones: The Green Man and The Anti-Death League by Kingsley Amis 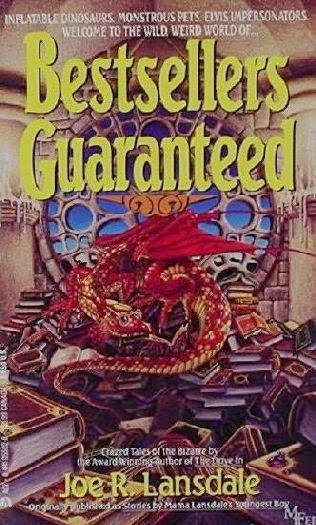 Ron Scheer: The Spinners' Book of Fiction, assembled by the Spinners Club (an impressive lot; see below)

Tracy K: Death is a Lonely Business by Ray Bradbury

Thanks very much for including my review, Todd. I appreciate you putting this all together.

Not at all, Tracy...thanks for contributing!

Mine is up, Mike Resnick's THE GODDESS OF GANYMEDE.

I remember the Saturday morning I bought that 30th Anniversary Amazing. I'd had to wait until I got my paper route money.

OK, Ray...but of all Westlake books I've encountered, that's the only one I hate (hate) despise (hate).

Hey, Anon...you might continue to add comments, but as long as you continue to be anonymous, they're going away as soon as I see them.

And, Ray, thank you!

Thanks very much Todd, great hosting (but OK, I'll nitpick as the reference to Hitchcock in the SPIRAL STAIRCASE cover might be confusing for those who don't know that THE LADY VANISHED was based on a book of hers) Cheers mate :)

Not a nitpick...in the tumult of the day, I conflated the two novels...now fixed, thanks.

My God, it's the end of Daylight Savings. I already get up in the dark (7:30) and now it will be darker (um, more dark) and then dark again by why, 4:00? Does all this mean more reading time, or less?

Blaming the bad link on Blogger and Firefox is pretty lame, why don't you just fix the link?

Richard, the reading time is what we make of it, I gather...I hope the eyes are now back to something like normal. It's the other tasks we set for ourselves, I guess, that will determine what we get to do with literature...and the tasks that life sets for us.

Todd, thanks for featuring The Spinners' Book of Fiction.

Not at all, Ron...it's an interesting example of such a project, and features some major and interesting talent of the time...I wonder how many Benefit books have preceded it. Thanks for drawing our attention to it.

OK, "Blaine" the carper, I blame the interaction of the two programs because at times it will cancel links or "colonize" them unexpectedly. And, sadly, it isn't always obvious when this has happened. But if you weren't trolling, you would've noted that the link was fixed as soon as I was aware of the problem.

So, since your current function seems to be to complain about matters that actually don't affect you in any vital way, our conversation might just be at an end.

"Blaine" left a rude and probably factually incorrect message about the link to Sergio's review not working for him (presumably)...is anyone else having any problem with that link or the others? I fixed it as soon as Deb noted it, and it works fine for me now...but I would like to know if it is not working for anyone else at the moment. Thanks.

Okay, I made a mistake and I apologize. It's Rob Kitchin: Night Soldiers by Alan Furst that still opens to margotkinberg.wordpress.com. I'm surprised no one else has noticed it. And sorry if you think criticism is being rude.

Well, first, thanks for pointing out which link you actually meant...it was corrupted through the same bug as Sergio's had been, and is now fixed. Secondly, I'm sorry you think simply making snotty and previously anonymous remarks can be classed as criticism; criticism has some substance to it. Acting as if a blogger Owes you a post when and how you like it falls into another category.