June's Underappreciated Music: the links to reviews, samples and more 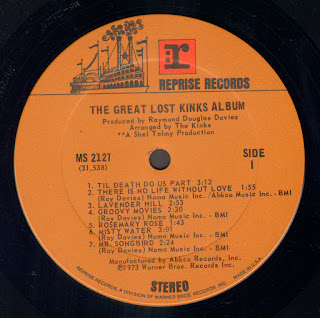 Brian Arnold: The Shark Alley Hobos: Off the Deep End: A Musical Tribute to Jaws


Sean Coleman: a half-century of Dylan

Jerry House: Music from the Past; Hymn Time; The Brothers Four

Kate Laity: Songs for a Saturday
B. V. Lawson: Your Sunday Music Treat

Anonymous-4: The Lily and the Lamb


Paul O'Dette: The Lute in the Italian Renaissance

Rob Wasserman with the David Grisman Quartet: "14 Miles to Barstow"


Rob Wasserman Band: "Is Anyone There?"

The weekly roundup of reviews, interviews, and other citations of (often, though not always) underappreciated examples of the dramatic and related arts; for the first time, not one but two citations of an auction, as well (and two defenses of Hallmark Channel programming; I don't disagree). As always, please let me know if I've missed your or anyone else's contribution this week in comments... thanks.

Anonymous: Carnal Knowledge; In a World...; 4 films that all happen in a single location each (two Hitchcocks, neither Rope); Kid Brother (Harold Lloyd)

Bhob Stewart: "The Monkey Business Illusion"; "Beat Memories: The Photographs of Allen Ginsberg"; The Firesign Theater and I Think We're All Bozos on this Bus;  Stan Freberg on The Dick Cavett Show; Six Feet Under finale; Moebius painting

How Did This Get Made?: Simply Irresistible

James Reasoner: In the Heart of the Sea

Jerry House: Phantom Ship aka The Mystery of the Marie Celeste; TED Talks: "Talking to Strangers"

John Grant: A Taste of Evil

K. A. Laity: "The Lost Library of John Dee"; Death of a Scoundrel

Mathew Paust: The Moth: "The Apron Strings of Savannah"

Rick: The War of the Worlds (1953 film); why aren't US film buffs more interested in foreign film?

Ruth Kerr: It's a Great Feeling

Stacie Ponder: Alucarda; Nude for Satan (some NSFW imagery, arguably in both)

Steve Lewis: Stop Me Before I Kill!

Victoria Loomes: The Charge of the Light Brigade

Vienna: Sudden Fear; the ruby slippers of The Wizard of Oz (1939) 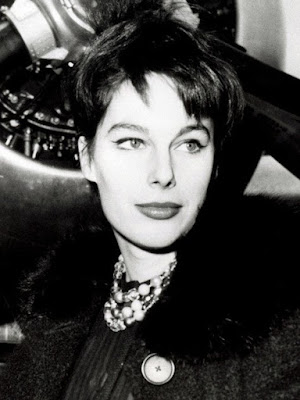 Bill's citation of Casino Royale got me thinking about the hodgepodge parody film of the mid 1960s, which has aspects that I enjoy, even if Tracy Reed is shockingly underused in the cuts I've seen (Joanna Pettit does what she can to make up for that, among the other cast). Which sent me down a web hole for (the British) Tracy Reed...best remembered, obviously, for Dr. Strangelove, where she was the only woman in the film, and as she noted in this brief interview, played all her role in a bikini (aside from a still of her as a Playboy centerfold draped with a copy of Foreign Affairs magazine, as multilevel if still blatant visual pun as one could want...hmmm. wonder if that's part of Terry Southern's contribution, or if Kubrick came up with that himself...). 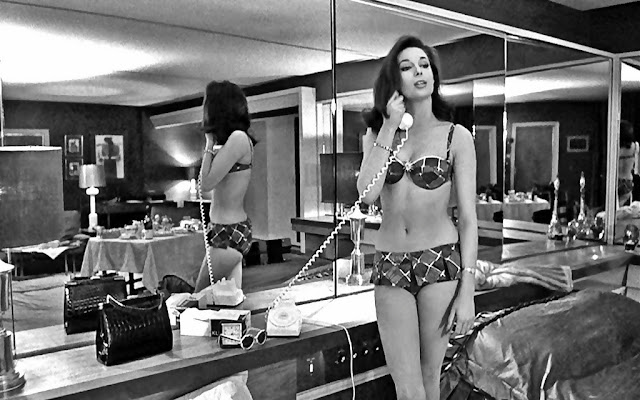 'Dr. Strangelove' and the Single Woman


But Reed, who played "Miss Foreign Affairs," Gen. Buck Turgidson's comely secretary, concedes, in a phone call from London, that there were times on the set that were "very alarming."


"I was the only woman in it and I was wearing a bikini the whole time," Reed remembers, and when Kubrick decided to open the set to the press, "there were all these reporters staring at me. It was dreadful."


Reed landed the part after she met Kubrick with some friends at dinner. "We chatted," she says, "and he asked me to do it."

Despite overexposing her to the media, Reed says Kubrick was "wonderful." George C. Scott, who played Gen. Turgidson, was "a darling, absolutely sweet," and the film's star, Peter Sellers, was "a sad man who never quite knew who he really was."
Although just 22 when "Dr. Strangelove" was produced, Reed disputes original press material claiming the film is "introducing Tracy Reed as 'Miss Foreign Affairs.' "
"That's ridiculous," she says. "I've been in the movies all of my life!"
The stepdaughter of British director Sir Carol Reed and the daughter of actress Penelope Dudley Ward, Reed actually made her film debut at the age of 6 months, co-starring with her mother and Laurence Olivier in "The Demi-Paradise."
And after "Dr. Strangelove," Reed continued to appear in British comedies--"there were so many I can't remember"--working again with Sellers in "A Shot in the Dark," until she began turning down parts to raise a family.
Now 52, Reed has three daughters, ages 34, 21 and 20. She works as a broker for a British gourmet foods company, for whom she "travels the whole of Ireland," trying to encourage grocery stores to carry the company's products.
Reed got the job, she explains, by "pure chance," after deciding she wanted to remain in West Cork, Ireland, where she had recently bought a house. "I just rang them and asked if they needed someone to help them export to Ireland," she says. "They agreed and I had a job."
She says she's sometimes recognized as "Miss Foreign Affairs" when "Dr. Strangelove" has "just been on television," and is delighted to hear that the film is being re-released in the United States, where she hopes a lot of people see it.
But more important, she says with a laugh, "I hope we all get paid again." 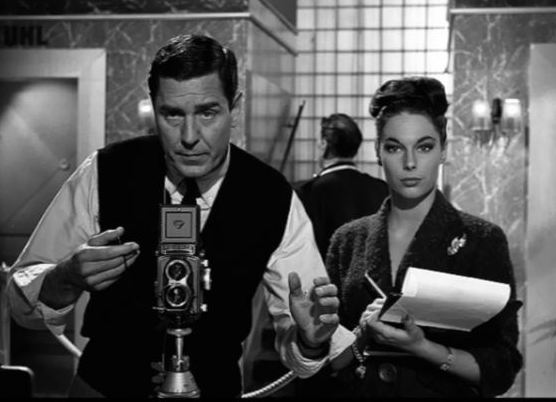 From the 1962-63 ITV television series Man of the World, Reed with Craig Stevens. from Wikipedia 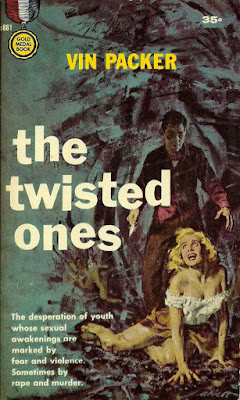 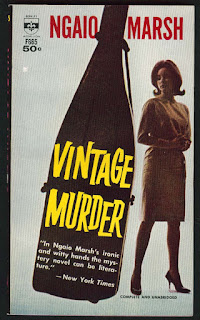 The weekly assembly of reviews and citations of books and related literature not yet or no longer given much attention, or at least usually less than they deserve. Hosted usually by founder Patti Abbott; this week and next hosted here.

Sergio Angelini:  He Won't Need It Now and The Dead Stay Dumb by James Hadley Chase; The Madman's Room by Paul Halter 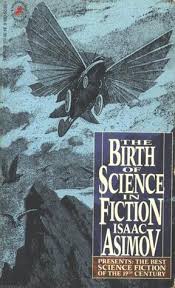 Yvette Banek: The House of the Four Winds by John Buchan

Bill Crider: She Got What She Wanted by Orrie Hitt

Scott A. Cupp: The Lost Continent (aka Beyond 30) by Edgar Rice Burroughs

William F. Deeck: Too Many Doctors by Holly Roth

Curt Evans: Death Brings a Storke and Cradled in Fear by Anita Boutell; Murder in the Closet and other guides to LGBTQ+ crime fiction

John Grant: Before the Poison by Peter Robinson

Rich Horton: The City of Lilies by Anthony Pryde and R. K. Weekes 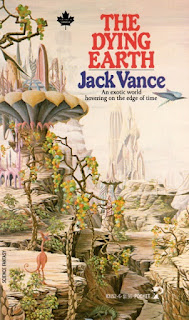 George Kelley: The Dying Earth by Jack Vance; Our Kind of Traitor by "John le Carré"

Rob Kitchin: The Man from Beijing by Hanning Mankell

B. V. Lawson: The Singing Spider by Angus MacVicar 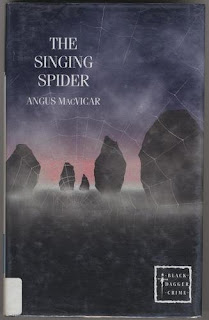 Steve Lewis: Murder is My Business by "Brett Halliday"

John F. Norris: Death and the Professors by Kathleen Sproul; Here's Blood in Your Eye by Manning Long 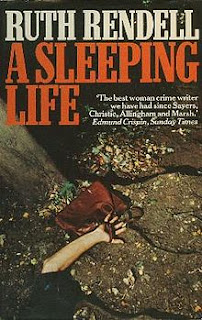 David Vineyard: The Man from the Norlands by John Buchan 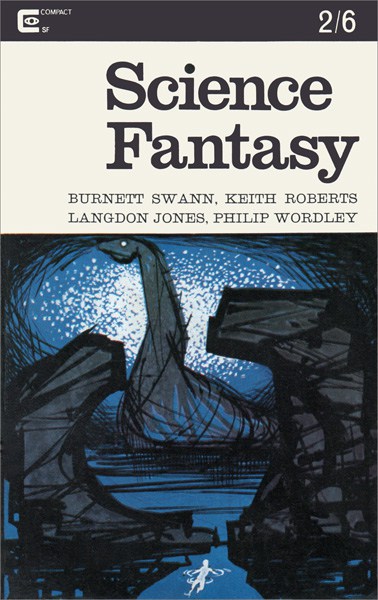 The weekly roundup of reviews, interviews, and other citations of (often, though not always) underappreciated examples of the dramatic and related arts. As always, please let me know if I've missed your or anyone else's contribution this week in comments... thanks.
Anne Billson: 10 Underrated Crime Drama Films from the 1990s

Anonymous: Speedy; Please Give; After the Wedding

Eric Hillis: Woman on the Run

Jerry House: The Trail Beyond

Joe Yanick: River's Edge and other underrated films of 1986

K. A. Laity: Much Ado About Nothing (Dundee Rep, stage)

Kristina Dijan: The Underworld Story; The Sound of Fury; The Rains Came

Rachel Stecher: The Bride Walks Out

Scott A. Cupp: Wild in the Streets

Stacia Jones: If It's Tuesday, This Must Be Belgium; Gold

Stacie Ponder: The House That Dripped Blood; The Night Evelyn Came Out of the Grave

Theresa Brown: Send Me No Flowers