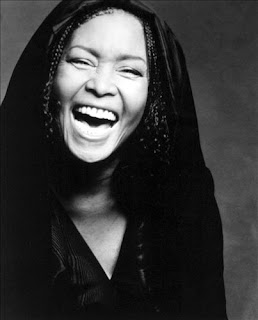 Born within a fortnight of each other in 1930, Ross as Annabelle Allan Short on 25 July, Lincoln as Anna Marie Wooldridge on 6 August (34 years to the day before I was}, they both came softly but impressively into the jazz scene in the early 1950s, and did great solo work and were also important components of major bands/choruses of their era: Ross in Lambert, Hendricks and Ross and Lincoln in the Max Roach Quintet. They also had interesting side careers in drama, not solely playing musicians, but also that. Ross's first career was as a child actor; Lincoln also moved to California at not quite so young an age, and got a bit of a boost from recording for the film The Girl Can't Help It...
Annie Ross discography; drama and more
Abbey Lincoln discography; drama and more 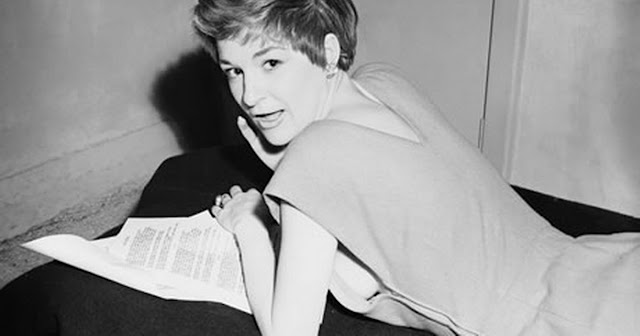 Annie Ross (with Lambert and Hendricks): "Twisted" and L, H & R with Joe William: "Every Day I Have the Blues"  with Count Basie (piano), Freddie Green (guitar), Ed Jones (bass), and Sonny Payne (drums) (with a scrap of Judy Garland appended)

Lambert, Hendricks and Ross, with the Les McCann Trio: "Four"

Nothing but a Man with Abbey Lincoln

Abbey Lincoln: "Do Nothing 'Til You Hear from Me"

Abbey Lincoln:  "Softly, As in a Morning Sunrise"