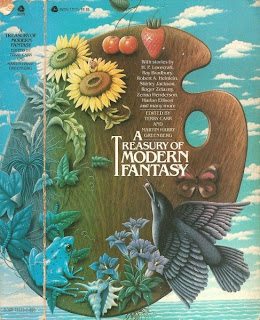 If one was to want to know what fantasy fiction was about, the books detailed below would be an excellent start; even in their individual and certainly collective vastness, they wouldn't be a comprehensive education in themselves, but they would give the theoretical innocent reader more perspective than most fantasy-fiction fans or casual readers of magical realism currently share, I suspect. Bill Crider drew our attention to the most recent of these fat anthologies a couple of weeks ago, and (correctly) particularly recommended Peter Beagle's introduction, which makes the telling point, deftly and with wit (as one would expect from Beagle) that fantasy fiction is where you find it, which is to say, not hemmed in by the sigh-fie shelves of a bookstore nor library, nor solely the fairytale and/or surreal expression of any given era's avant-garde, nor the exclusive province of comics nor other media akin to literature that have their prose expressions as well. However, despite presumably reading Beagle's quiet dismantling of the notion of meaningful distinctions between kinds of fantasy fiction as art (as opposed to business commodity), the editors of this fine volume of mostly core chestnuts of fantasy traditions (of fiction and poetry published in English before 1923, anyway), can still intend their reference to having collected "mainstream and genre writers" in their volume to be taken seriously...when none of the writers collected are even remotely definable as "genre" writers with the weak exceptions (weakness in the exceptions, not in their work) of M. R. James and Algernon Blackwood, who did specialize in fantasticated work. Look at the writers included in their table of contents. But this pernicious fantasy, that there is a meaningful Us and Them of Mainstream and Genre, with the Mainstream usually intuited as being whatever is beyond the confines of Genre, seems to persist to one degree or another among so many otherwise sane people that they often think I 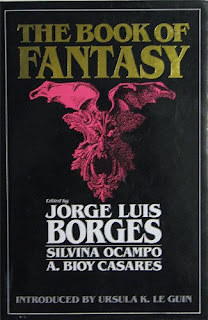 kid them when I note that nothing escapes genre (the sui generis is a very rare thing indeed, and usually has imitators creating a genre around it, if any good at all), and that there is nothing that is truly "mainstream" about art, and never has been (there is no unified Mainstream audience, for example, simply a disparate and often poorly-served and -informed audience that will take in what they are presented with or made aware of, with greater or lesser degrees of enthusiasm, depending on any number of factors). There are some genres which are more distinct than others, but since art is an amorphous business, there are very few genres which are not so porous as to be at best approximations of sets, however much insisted upon as the True Writ of or by one or another in-group. In short, for examples, Richard Bach and Karen Russell and Fritz Leiber have all mostly published fantasy, and what differentiates them mostly is that Bach writes badly, Russell well, and Leiber, though with less acclaim over the decades of his career from as many privileged quarters than Russell and with far less commercial success than Bach, wrote it brilliantly at his best and in ways that opened new pathways for other writers to explore to much greater degree than nearly anyone else in the last century, in English-language literature. Which doesn't mean that Leiber didn't also write some utterly trivial material, if little as trivial as nearly everything by Bach. 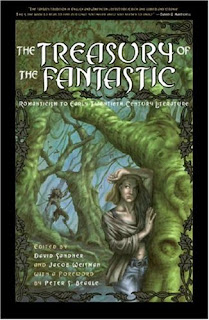 In any case, all the fiction (and some poetry and other bits and pieces) gathered in the assemblies indexed below have somewhat shifting sets of influences, while sharing much of their appeal and approach, and initial and secondary inspiration by the works of myth and metaphor that many literate people are allowed to enjoy. It is telling how each of the books was assembled, not solely from the taste of the editors (with the arguable exception of the first, the book assembled by Borges and his friends), but also from to some degree of an attempt to represent work from sets divided by these self-imposed notions of what Is and Is Not Recognized as true literary art...when the only sensible approach is to gather the best work one can and let the art make its own case...of course, getting the sane readers also afflicted with their Genre/Non-Genre divides (and, usually as a consequence, Genre and Non-Genre expectations) to actually take the art presented on its own terms is also a challenge.  A challenge that is not overcome easily when, for example, the Carroll and Graf edition of The Book of Fantasy shows signs of W.W. Jacobs's "The Monkey's Paw" being translated back from the Spanish(!) of the anthology's initial publication rather than simply reprinted in its original English text...a staggering result and display of ignorance and hostility to the work that can 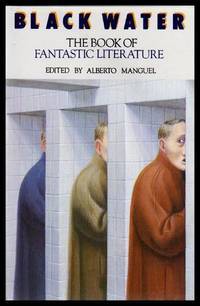 only be seen as the ultimate result of attempting to pretend that literature should be treated according to how it's labelled rather than by its innate quality. Further evidence of the arrogance of the publishers, if not also the editors, is the recurrent use of the definite article in the titles of the volumes below...with the exception of the Carr/Greenberg first edition, not a one is An Anthology, but rather The compilation, as if mutually exclusive and capable of setting the definitions all by themselves...perhaps they fear to show weakness in the marketplace...what reader worth their salt will dally with a mere An Assortment, when there is The Gold Standard right over here?

In any case, the books below, as they overlap slightly and are, of course, uniformly uneven in the quality of their selections, are all worthy of attention and, as mentioned, can be broadening, particularly when taken together, to (however incompletely) suggest how diversely the field of fantasy fiction can be harvested in short form and excerpt. You could do worse. Most readers who restrict themselves to "realistic" fiction
only or to solely to novels already have.

This week, the list of links to reviews is being assembled by Evan Lewis, at his blog.

Indices from the Locus Indices and ISFDB: 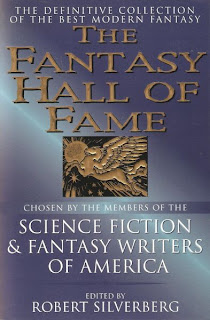 The Book of Fantasy ed. Jorge Luís Borges, Adolfo Bioy Casares & Silvina Ocampo (Viking 0-670-82393-7, Jan ’89 [Dec ’88], $19.95, 384pp, hc) Fantasy anthology of 81 stories, story fragments, and anecdotes. This is its first English-language appearance (though many of the stories were written in English) and contains the contents of the second revised edition (Argentina 1976) plus a new introduction by Ursula K. Le Guin.
and its later variant title (slightly abridged):
Masters of Fantasy ed. Terry Carr & Martin H. Greenberg (Galahad 0-883-65786-4, Aug ’92 [Sep ’92], $9.98, 512pp, hc, cover by Henri Rousseau) Anthology of 31 fantasy stories, an abridged version of A Treasury of Modern Fantasy (Avon 1981). “Longtooth” by Edgar Pangborn and “Piper at the Gates of Dawn” by Richard Cowper have been omitted. This is an instant remainder edition.
Black Water: The Anthology of Fantastic Literature ed. Alberto Manguel (Picador 0-330-28141-0, 1983 [Feb ’84], £4.95, 967pp, tp) Anthology of 72 stories and excerpts, from “literary” fantasists (including Bradbury and Le Guin as well as Poe, Kafka, Calvino, etc.[and Howard Fast, more a popular than critical success as a fiction writer and an occasional fantasy/sf hand; Brian Moore arguably likewise, if with more critical support, and certainly Alex Comfort as well...--TM] A 1983 book — not seen till 1984.

...not to be confused with the 1983 anthology from Silverberg and Greenberg (and drawn from a poll of attendees of a World Fantasy Convention):
The Treasury of the Fantastic: Romanticism to Early Twentieth Century Literature ed. David Sandner & Jacob Weisman (North Atlantic/Frog/Tachyon Publications 1-58394-030-8, Feb 2001, $27.50, 747pp, hc, cover by Michael Dashow) Anthology of 46 stories and poems, by authors ranging from Coleridge, Byron, and Keats through Virginia Woolf and Algernon Blackwood. Foreword by Peter S. Beagle.

Bill Crider: Song of the Day


George Kelley: Baby Come to Me: The Best of Regina Belle

Below, today's set of reviews and citations of audiovisual works and related matter, with the posts at the links...as always, thanks to all the contributors and to all you readers for your participation. As usual, there are likely to be additions to this list over the course of the day, and if I've missed your, or someone else's, post, please let me know in comments...thanks again...

How Did This Get Made?: Gymkata

Kelly Robinson: Blood and Roses (aka Et mourir de plaisir) among other adaptations of "Carmilla"

Philip Schweier: The Legend of the Lone Ranger (1981)

Rick: Walter Matthau and The Taking of Pelham One-Two-Three 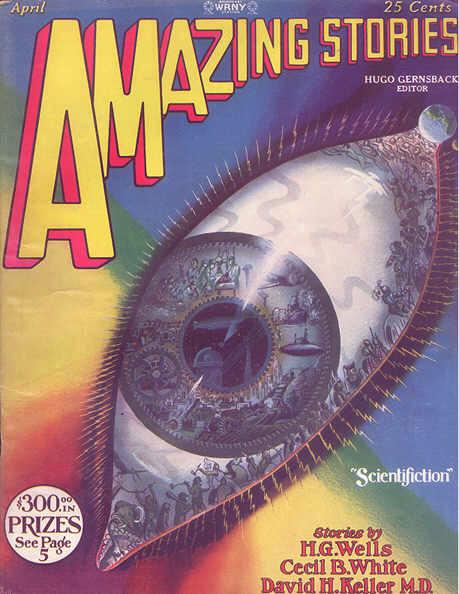 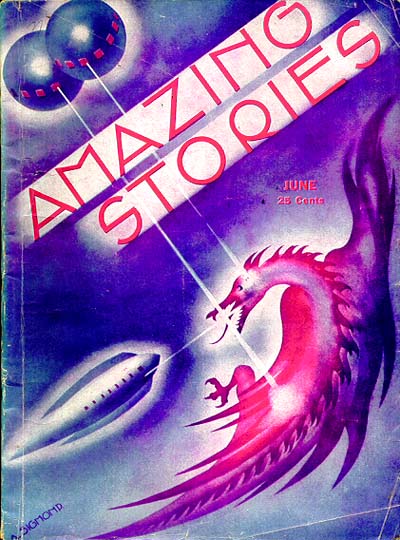 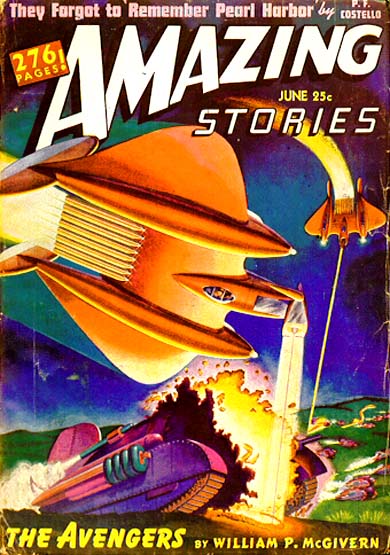 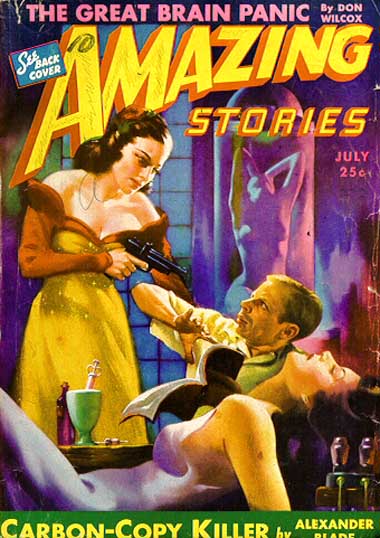 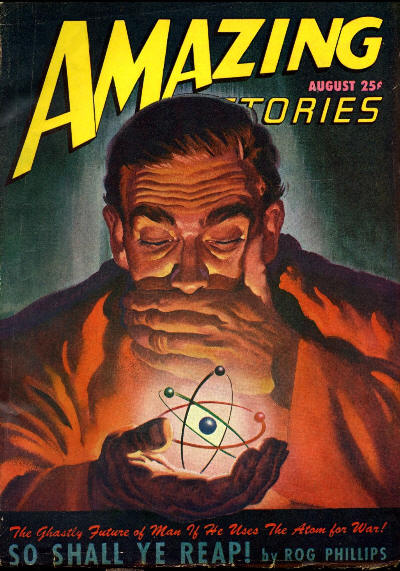 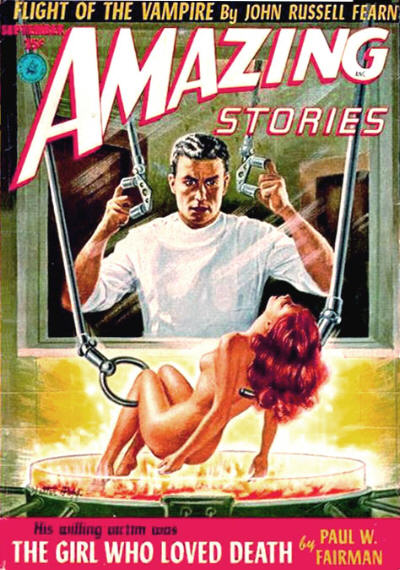 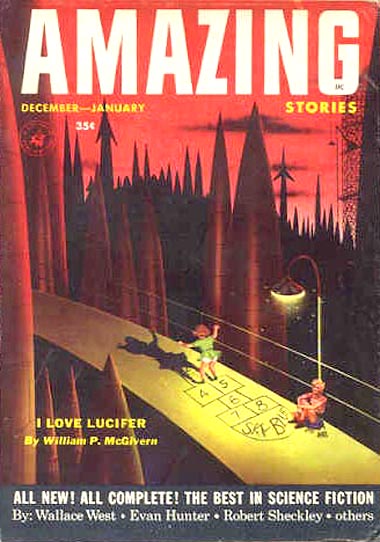 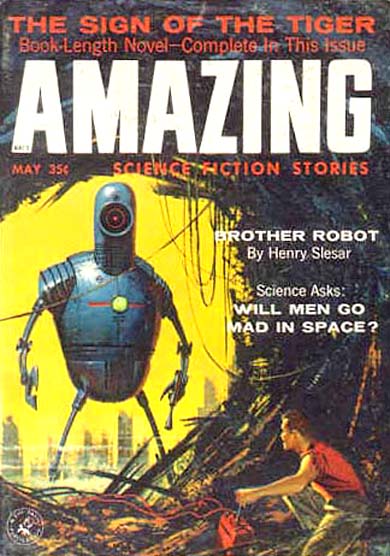 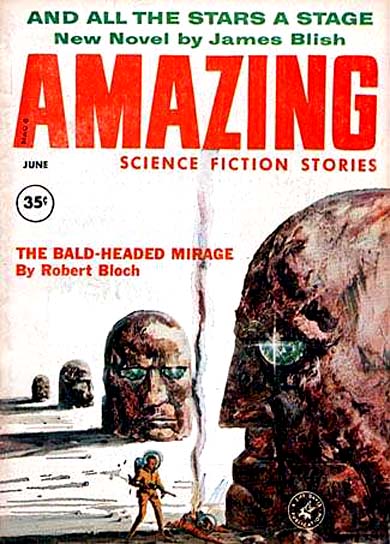 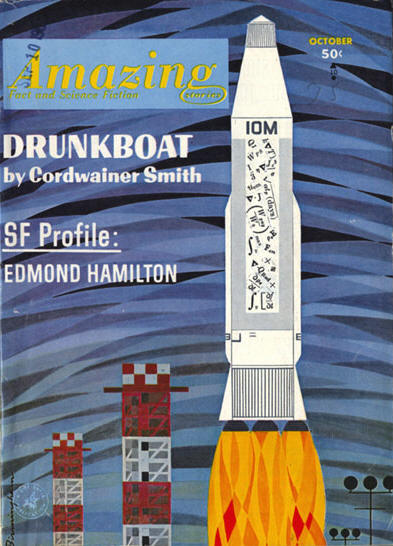 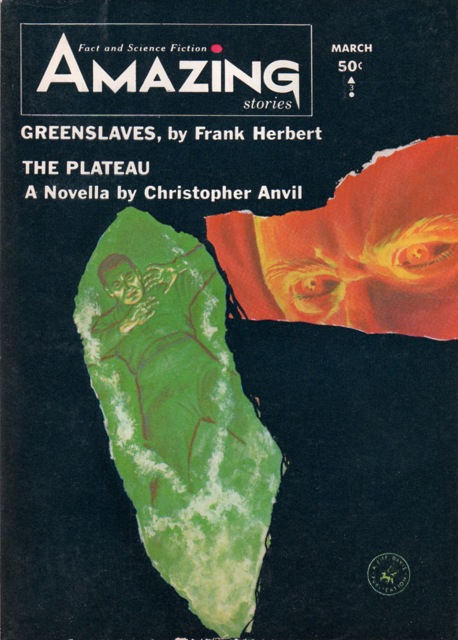 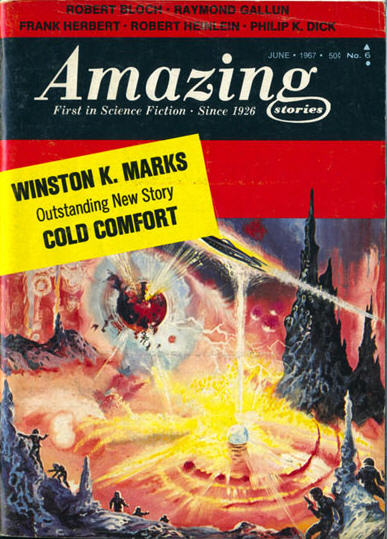 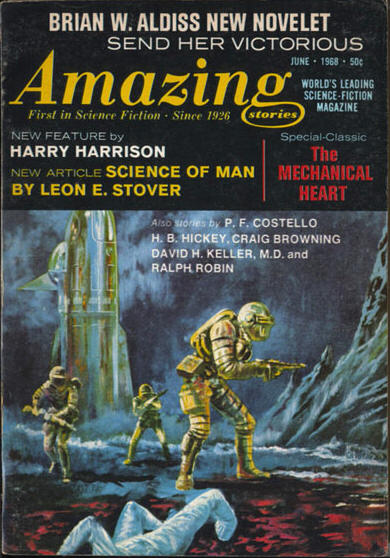 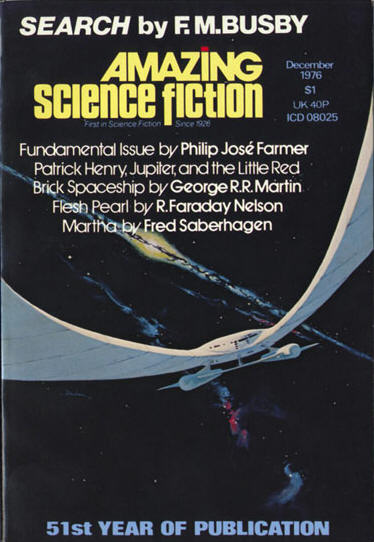 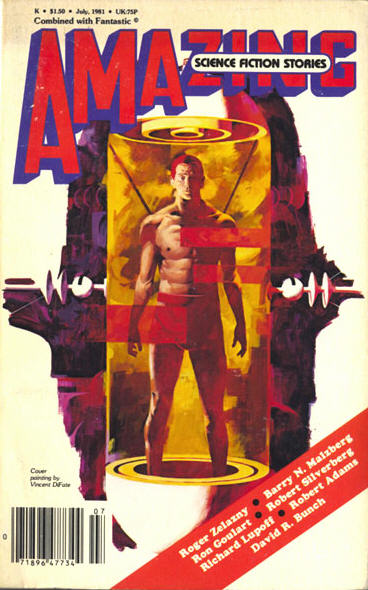 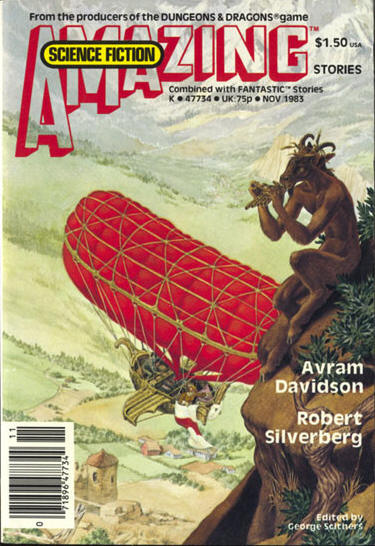 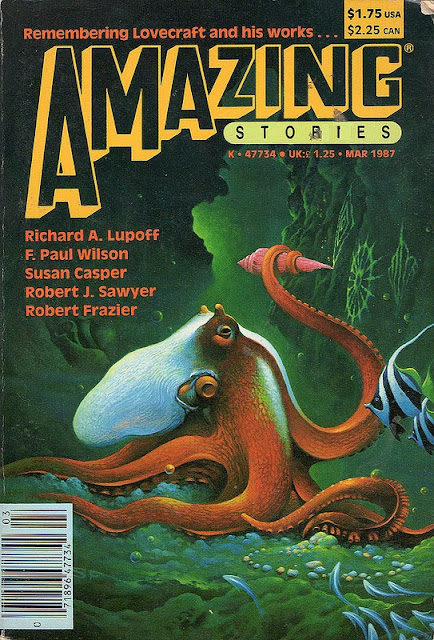 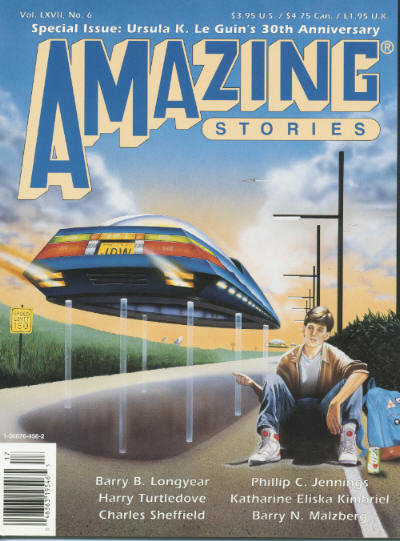 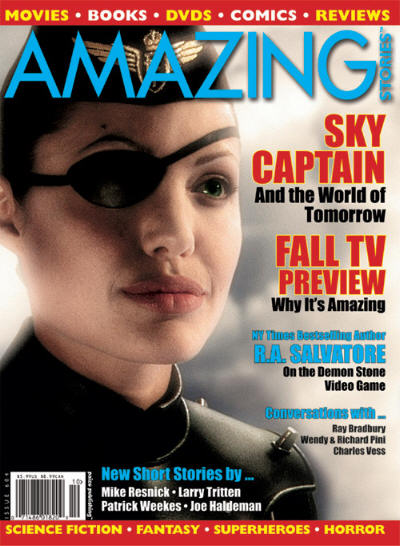 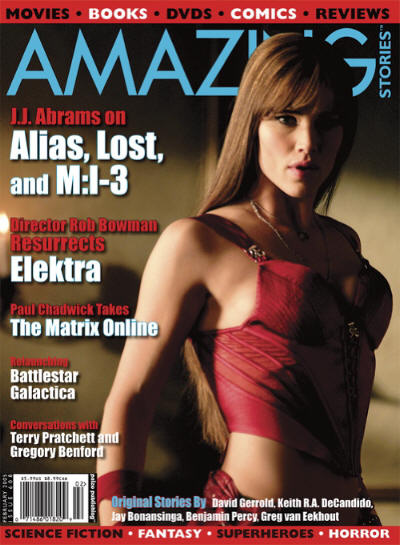 I’ve left a pair of comments, with the heavier one thus: The comparisons between Palmer and Campbell don't end with the cheerful little hoax issue of Astounding, sadly...Campbell would go on to support at least as much fringy nonsense, including some at least as pernicious as anything in Palmer's armory (until the late anti-Jewish lunacy you cite--though Campbell had discouraged use of Jewish bylines in Astounding in his early years as editor), including supporting George Wallace's American Independent Party run in 1968.
Posted by Todd Mason at 8/26/2013 11:27:00 PM 6 comments: