Excellent comments on this 2010 entry here. 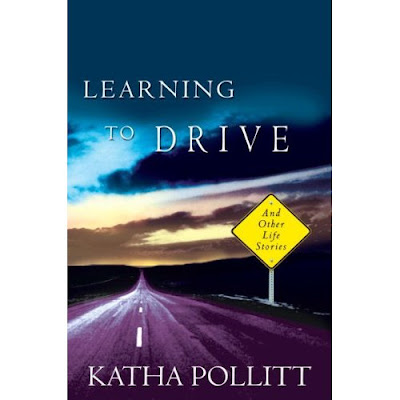 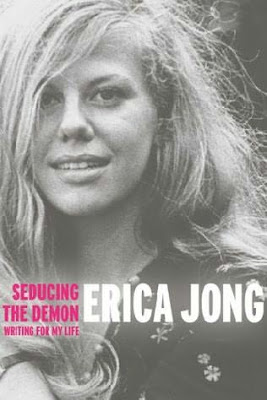 So...two memoirs by two of our poets...one better known for her political essays, the other for her sexually liberationist novels. One a collection of essays, the other a unitary memoir that began as a writing manual. Both, despite a bit of furor over the Pollitt and the supposed "bestselling" status of the Jong, are already out of print, at least by the measure of primary Amazon availability...

The hassle over the Pollitt came mostly from such quarters as the dancer and repressed-anger sexual submissive Toni Bentley (whose most famous recent work is a fussily-written account of a no-strings/fetishistically all-anal-sex affair and how that helped her find her spiritual self) who was shocked, shocked that Pollitt would be such a man-hater as to “cyberstalk” (actually, just engine-search and read about) her ex-boyfriend. Bentley was accorded considerable space in the New York Times Book Review to expound on this thesis and the other obvious sins of Pollitt, who seems an oddly unembitteredly heterosexual target for such a backhanded slap at feminism. Pollitt’s book is actually a rather cheerful, for the most part, collection of essays about her life at various times, including accounts of good and bad affairs, her early life and her parents’ marriage, her literary career and particularly her early gig as an editor for a soft-core porn novel publisher in the 1970s, a decent source of pay for a young poet and rather eye-opening in several ways. Also, she learns, rather late in life, how to drive a car…happily, this is not employed in any distended way as a metaphor. Those who have read Pollitt’s essays in The Nation and elsewhere can expect a rather similar mix of down to Earth sensibility and incisive observation. It’s typical of our most overrated paper, and certainly of its ridiculous literary desk, that they so eccentrically hoped to sink it…and perhaps they helped.

Jong’s book is less sharply-written than Pollitt’s, as is perhaps not too surprising…poets, and particularly poets who have found greater success with prose, often are relatively lax in the “looser” form, one which less obviously demands (though it still demands, for artistic success, for the craft) concision or at least a sense of when concision can be temporarily forgotten. Jong’s still has a bit of the writer’s guide about it, while mostly being a series of anecdotes about her affairs and passage through the literary world, writing erotica rather than editing it but otherwise not treading too terribly different a path in many ways than Pollitt…just, perhaps, a somewhat more public life, and certainly one which saw an early infusion of cash and attention. I couldn’t shake the sense that Jong is a bit less happy than Pollitt, who seems to have found a rather comfortable place for herself emotionally by her narratives’ end, but both books provide a useful and entertaining opportunity to know a bit of the lives of two of our more engaging feminist literary lions.

(Pollitt’s most recent Nation column on the stands deals with the debate over Jonathan Franzen and Gary Shteyngart’s publicists arranging for their work to suck up all the Literary Hype Opportunities of late; she’s kind enough to refer to Franzen as a good writer, though the current Atlantic features B. R. Myers's review of Franzen’s Freedom that rather forcefully states something akin to my own perception of the man’s work as second-rate, at best, ersatz Philip Roth with a few hints of Robert Coover tossed in.) Jong's book was rather negatively reviewed in the NYT as well, as she notes in this reflection on her life after its publication...

Jong certainly got a lot of attention back in the day when being sexually liberated was practically a political statement for women rather than just the way things are. If she were writing today for the first time, I wonder if her voice would be lost in all the competing babble?

It's a question, though women with problem memoirs are still all the rage, along with the occasional female masochism novel (THE LOVELY BONES, the TWILIGHT books, FIFTY SHADES OF CRUDELY-WRITTEN BONDAGE ROMANCE), so perhaps fiction about a woman who really likes sex w/o addiction might still find some sort of audience, however limited.

Todd, I sent you an email but I'll leave a reminder here, too.

Please include my post I Put a Spell on You for this week's Tuesday's Overlooked A/V meme.

I loved LEARNING TO DRIVE when it was first published. Nice blend of vinegar and honey. Jong made a big splash with FEAR OF FLYING but hasn't followed it up with anything as good.