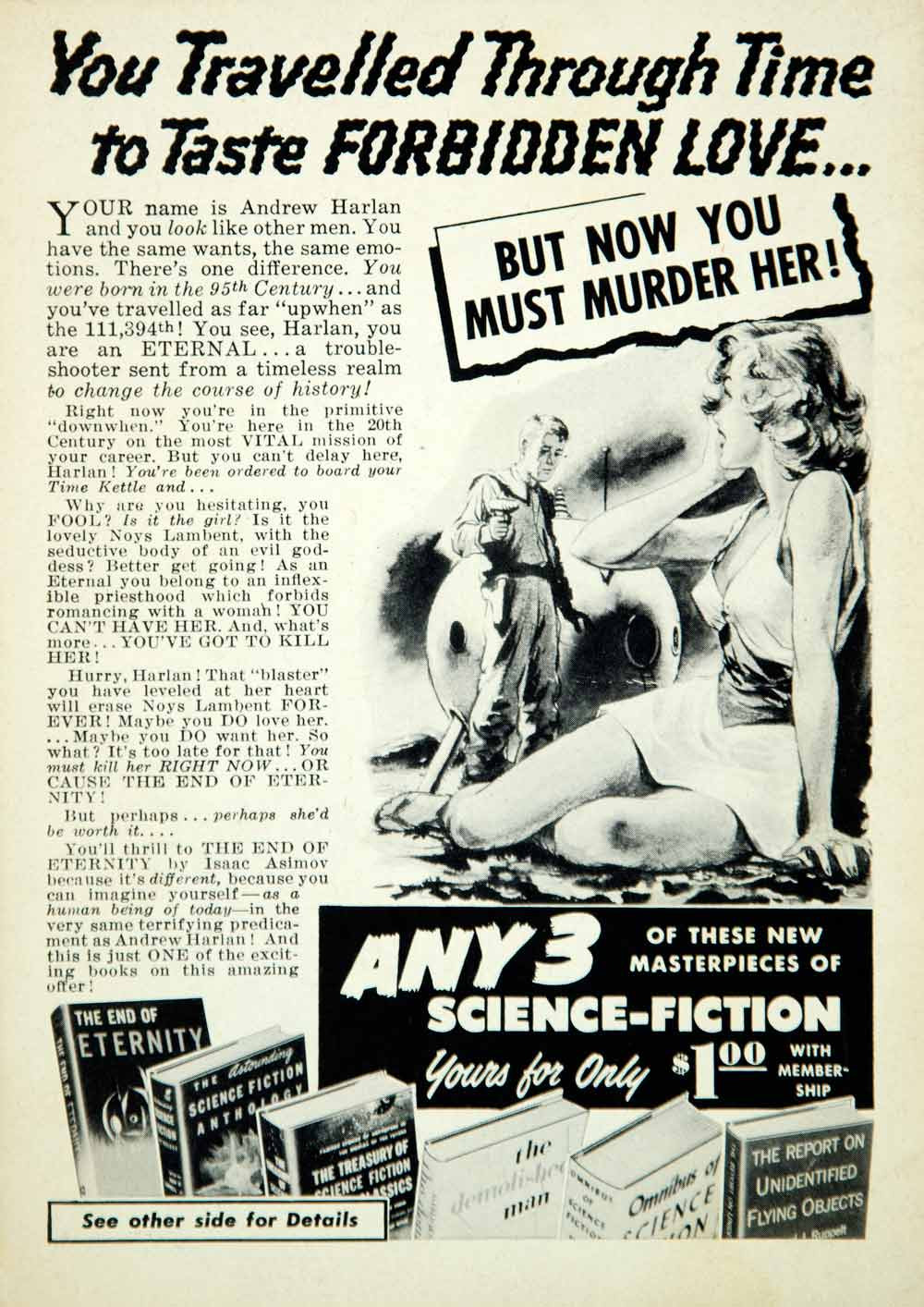 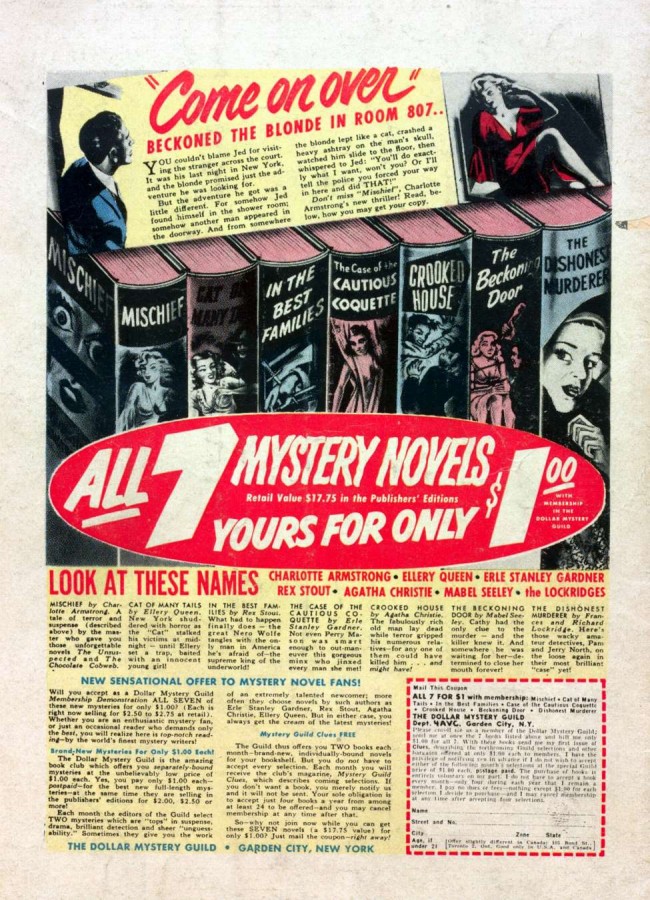 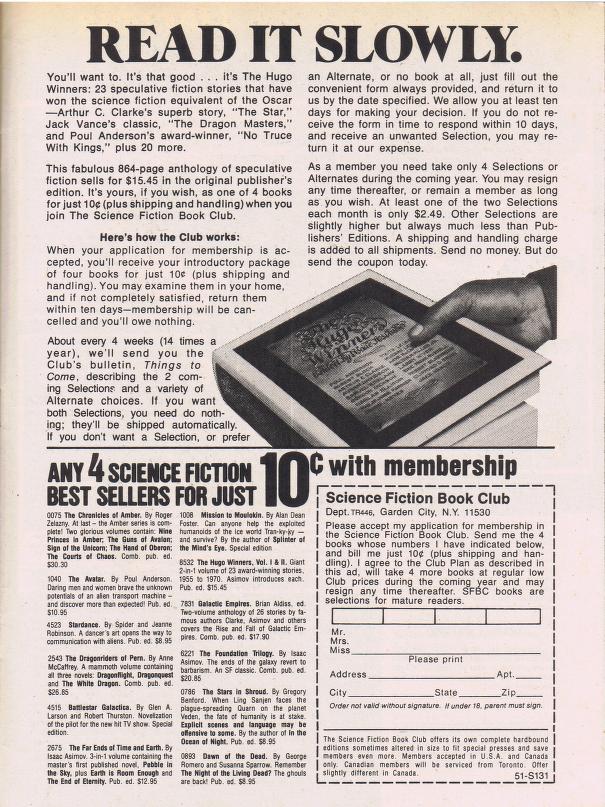 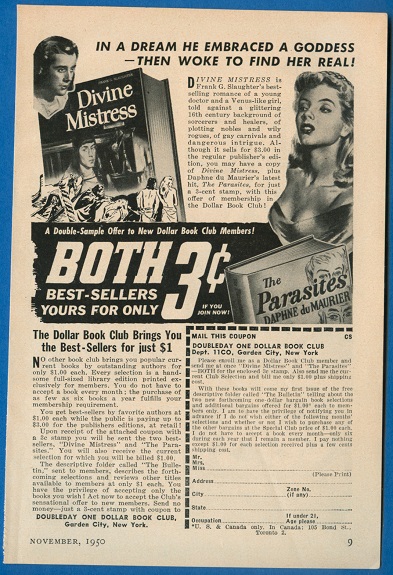 I found the 1950s ads pretty funny on first exposure, though the 1970s ads would sell me on the deal for a while. I was a member of the Doubleday Book Club as an arguable teen 1975-77 (I was just into double digits) and joined the SFBC in 1978 (and the Quality Paperback Club in '79), though for most of my time with the latter two I lived with my family in Hawaii, where the clubs didn't choose to automatically mail out the Monthly Lead/Promoted Titles...a better deal than in the contiguous 48 states, to be sure, where you had to be quick to not get saddle with something you might well didn't want.

those are ridiculous novels, I like how they claim they are masterpieces

I haven't yet read the Asimov nor Armstrong novels, nor the Frank Slaughter, but suspect they aren't the ridiculous things involved here, so much as the approach of the copy-writer was, in writing the blurbs. (And the ridiculousness of Frank Slaughter, MD, practicing with that name...is it any wonder a Dr. Slaughter would become a writer?) I shudder to think what D-day blurb that guy would've written about the James Baldwin novel you review on your new blog. There definitely are masterpieces in the anthologies in the 1950s SFBC ad, and it can fairly be said that THE DEMOLISHED MAN by Alfred Bester is one, too...the UFO book, not so much.

I was a member of the SFBC for several years and enjoyed a lot of good SF as a result. I have that Hugo Winners anthology.

That they are, Alice, at least the '50s Asimov and Armstrong.

Rick, I certainly bought a copy of THE HUGO WINNERS and no few other good new and older books during my membership(s) in the Doubleday and QPB clubs...which doesn't make these 1950s ads any better. They remain irresponsible and Way over the top, and I can see why then young sf readers such as John Boston still find them a sore point today.