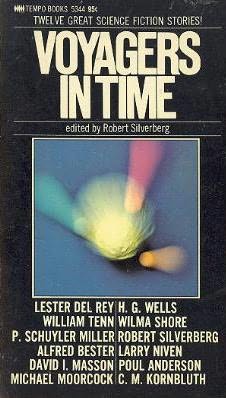 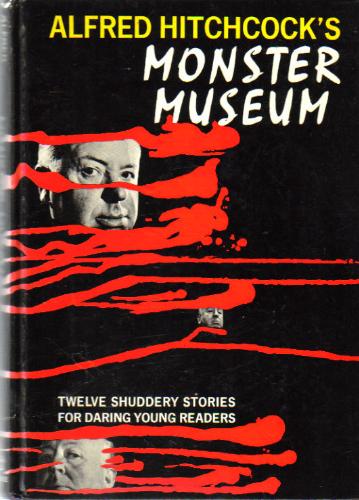 My Brother Stevie by Eleanor Clymer (Holt, Rinehart and Winston 1967) was my first favorite novel; I read it when I was about seven, and it involves a girl permanently abandoned by her parents with the instruction to take care of her junior hellion brother...as a kid with a new brother and some very busy parents still fairly recently moved to my third state in three years, this narrative not too inexplicably spoke to me. It was grittier than nearly anything else I read at that age, and seemed to have a good sense of how bewildering everything can be to a kid at that stage of life (you might think things are beyond your control now, and you're correct in too many ways, but cast your mind back to your single-digit years and not long after). A helpful teacher helps put things (mostly) aright.

Voyagers in Time, edited by Robert Silverberg, was the first anthology of sf stories I remember picking up and going through...though most of the stories are at least minor classics of adult science fiction, the book was packaged for the teen market (a number of them are also chestnuts of the anthologies in the field). I knew I'd read David Masson's "Traveller's Rest" somewhere when years later I'd see references to the story in various critical and reference works, but couldn't until restumbling across this anthology remember where the hell it had been. A battered, stripped copy of this one (in its Grosset & Dunlap Tempo edition) was kicking around the house from my early literate years, from the bad old days of mob-dominated paperback distribution, wherein in wasn't too hard for my father to stumble across stripped mass-market editions for sale in the open for a dime each or somesuch, when of course the distributor was legally obligated to destroy these copies after returing the front covers for credit to their publishers (an incredibly wasteful system that probably still hasn't completely died out). The Wells excerpt made the strongest impression at the time...

Alfred Hitchcock's Monster Museum was just one of the several anthologies aimed at young readers specifically that Robert Arthur ghost-edited for Hitchcock to put his name to, as Arthur was also ghost-editing Alfred Hitchcock Presents: anthologies aimed at the adult market at the same time; I read both series together and loved their eclecticism, as I've mentioned multiple times on this blog and elsewhere, as well as their reliability (Arthur was an excellent editor as well as a good writer, and his successors, after his death, often did a reasonable job of keeping up with him--Arthur also edited, in the clear, such YA anthos as Thrillers and More Thrillers and, earlier, had been the editor of The Mysterious Traveler Magazine, branded for his radio series and one of the great "lost" shortlived fiction magazines). The original hardcover editions were interestingly illustrated, and the paperback editions were, for no compelling reason, sometimes abridged.
from "AfredSpace":

..and, because I thought that "Paker" was unlikely, here's the Contento index:

--note the Sturgeon is missing from the British paperback, and probably from the US pb as well. I have to wonder what British editorial hand forced the title change on the deFord (or was it H.L. Gold's notoriously heavy hand in the original magazine appearance, finally fixed up in the UK reprint?).

Clymer had an early success with THE TROLLEY CAR FAMILY, some twenty years before this one, and was highly prolific, though this is one of her best-remembered (or least-forgotten) titles...with good reason. She spent the end of her life in Haverford, PA, it turns out (not too far from my current abode, and Patti's childhood home).

All three of mine are ridiculously great (or so the memory of the Clymer woudl suggest to me). I'd be happy to read all three now, something that might be somewhat less true of ANNETTE AND THE SECRET OF PIRATE'S COVE, to cast about for a counterexamaple, though some of those Whitman tie-in books, I gather, weren't too shabby (and that one was fitfully amusing at the time).

Stevie sounds like serious stuff. Even as a kid, I always opted for escapism.

Loved those Alfie books -- as much for the witty intros as for the stories themselves. I was introduced to so many writers for the the first time in their pages. "Homecoming" stuck in my head forever. Was it the first Bradbury I read? Could it be?

Robert Arthur did them, or nearly all of them (the earliest ones and STORIES THEY DIDN'T LET ME DO ON TV are probably at least somewhat edited by Hitchcock, or in the latter case selected by censors intransigence) up through his death in 1969, when Harold Q. Masur took over the adult PRESENTS: volumes, and another guy or two did another volume or two of the juvie series. Certainly was my introduction to all sorts of great stuff, too. And engendered a taste for eclectic complilations, such as Bill Pronzini's wide-ranging train-fiction anthology MIDNIGHT SPECIALS.

...except, of course, for all those volumes take from ALFRED HITCHCOCK'S MYSTERY MAGAZINE, such as AH'S NOOSE REPORT and AH'S A MONTH OF MYSTERY, etc. Those were edited, apparently, by the staff of AHMM, which had AH's daughter Patricia Hitchcock on staff up till the sale to Davis Publications.

Goodness. Censors'. not censors...taken, not take...

Damn, Robert Arthur died in Philadelphia (rather young, at 60). Either I should leave the area, or Robert Silverberg better stay the hell away...