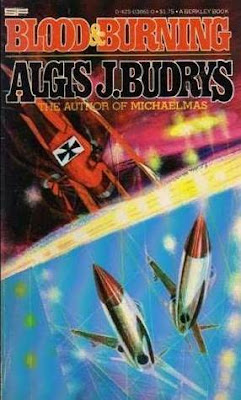 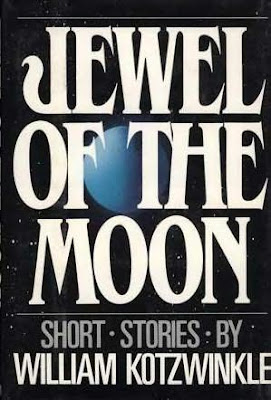 Two collections, the third of Budrys's short fiction and the first of Kotzwinkle's (after a linked collection, Trouble in Bugland, aimed at young readers), by two writers who have been among those (many) who have through no great polemical effort but simply through their artistry put the lie to the notion of a legitimate and inherent distinction between the literary and the popular, between the "serious" and the "generic"...a distinction that so many of us who enjoy fiction of all kinds are too willing to insist is indeed a something that must be reckoned with, aside from the mere prejudices of the ignorant, whether those ignorant be reviewers or marketers who have decided they know their marks (or do I mean customers) very well...and in many cases, but not all, are not incorrect.

And, certainly, the careers of both men can be instructive, as Budrys is perhaps most widely remembered today for his involvement with the Scientology-funded Writers (and Artists) of the Future program, which became through his involvement somewhat similar to the venerable Clarion Writer's Workshop with more (and vastly more controversial) money behind it; Kotzwinkle has become best known, not for his often subtle and usually extraordinary playful but grounded moral fiction, nor even at this date for his E. T. -related fiction, but for the work of his and his writing-partners' and his illustrator-partner Audrey Colman (in for the usual Joe Servello) on a series of easy-readers about Walter, the Farting Dog. Thus, the rewards of furthering the art. (Berkley and Putnam were the same corporate entity, and note the undistinguished covers given these books, seven years apart, and I can assure you the promotional effort for both was about as lackluster.)

The books in question today are fine slices through the career of Budrys and the early career of Kotzwinkle; such major Budrys stories as "The Master of the Hounds" (an Edgar winner) and "Wall of Crystal, Eye of Night" (and the grim little fable "The Price," which he read for his album reviewed here last week) are cheek by jowl with the likes of "Scream at Sea," an interesting example of a contemporary-mimetic oceangoing survival story, aimed at Ziff-Davis's all but stillborn 1950s Tales of the Sea fiction magazine, and then published in Fantastic (editors and publishers have for some reason been more comfortable putting contemporary-mimetic stories in fantasy magazines over the years, perhaps because they've tended to be more eclectic with horror and frequent sf content).

While the Kotzwinkle groups longer examples of borderline fantasy/historical fiction such as the title story with telling little mimetic vignettes such as "Tell Her You Love Her..." and some slight fantasies of perception as "The Curio Shop", all imbued with the kind of wit and hints of strangeness (when strangeness is not a main ingredient) that his later work, tending toward fantasy and fable when aimed at adults (Walter's adventures being a bit more prosaic, though not entirely), would continue to deliver. Even when what Borges would refer to as the unfortunate temptation to the young author of Fine Writing is in evidence, Kotzwinkle's wit helps, even in the example of the slightest of the work here. His early patronage by Penthouse perhaps is in some evidence as well...a young literary man's fancifulness about sexuality is expressed frequently.


From the Contento and Locus Indices: 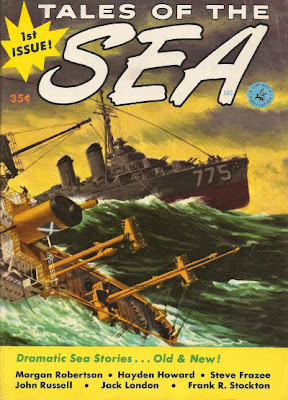 I like Kotzwinkle a lot and find Trouble in Bugland to be of interest to any Holmesian, Sherlockian or mystery fan regardless of age. I'll have to seek out the collection you show here as I have not read it.

Budrys is one of those SF-F-Horror authors that for me has steep ups and downs, I'll love one book and not be able to finish the next I try. He had certainly done some significant work, but his total output is pretty uneven.

I haven't read too much of Budrys's later work, aside from some of the more trivial stories he published under pseudonyms in his magazine TOMORROW, that wasn't at least interesting and graceful...but some of his high-production work of the 1950s, not least the short novel MAN OF EARTH, is pretty weak. (Albeit MAN OF EARTH is interesting in some of the same ways that a decent minor story like "Scream at Sea" is interesting, for the light they cast on later, better Budrys work.)

This collection of early Kotzwinkle isn't as meaty as THE HOT JAZZ TRIO or such early novels as THE FAN MAN or DOCTOR RAT, but is worth the read.