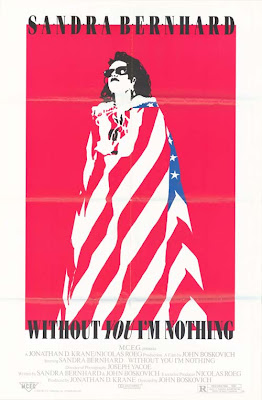 As always, thanks to all the contributors below and to you readers...if I've missed your or someone else's film review/citation today, please let me know in comments. There are likely to be, as with most weeks, some additional items over the course of the day. 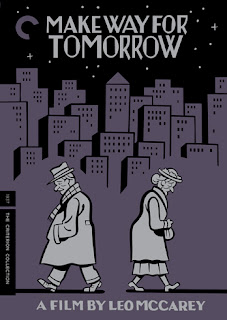 Todd Mason: The Go! Team: "Rolling Blackouts" among other videos. The Go! Team as a band are definitely rummagers, with apparently a wide-ranging thirst for the pop culture of the last fifty years, not least film soundtracks...and with this video, they are pretty clearly paying homage to La Jetee (the short Chris Marker-directed film that is almost entirely a sequence of photographs, telling a science-fictional story that was remade in the US as Twelve Monkeys) and by extension the rest of the Nouvelle Vague and their contemporaries in film. Though TG!T's videos are rarely less than engaging. (Also, I'll point you to Angelique Kidjo's video for "Batonga"...I've had the Logozo album for decades, but managed to not see this video till recently.)

Without You I'm Nothing; Sarah Silverman: Jesus Is Magic. I don't know to what degree Sandra Bernhard's 1990 film adaptation of her augmented one-woman show influenced Sarah Silverman's 2005 film of an augmented one-woman show, but similarities go beyond the necessary. Even given both are smart, challenging performers assaying characters (parodies of themselves to some extent) here who are unaware of how blithely uninformed, or half-informed, they are about matters sometimes very important to them, sometimes dismissed casually...both relentlessly mock their persona's self-absorption, and they both have very fraught perceptions of women's role, particularly in the sex industry (as to some extent a metaphor for that in the larger world), and of ethnic relations and their own shifting identities within that sphere (as secularly Jewish white women...a complex interplay of where they are in which hierarchies at what times and the comforts and discomforts that come with all that, with the added wrinkle of their own celebrity, but not quite "superstardom"). In her film, Bernhard mounts her cabaret act in a stripclub theoretically as a sort of comeback, though of course it's more like her bottoming out, something she's doing her best to not realize, even though the audience is utterly unmoved by her anecdotes or musical numbers, simply awaiting a rather pathetic stripper, going by Shoshanna (and vaguely resembling Madonna Ciccone's stage persona), to come on after she's done. In Silverman's film, she throws together an extended version of her standup set, augmented with musical numbers, as a sort of bluff to impress her friends and sister who all seem to be getting on with their lives and careers; the audience for Silverman's show within the film is actually rather responsive, though in a couple of instances (no doubt by request of the filmmakers), they remain uncomfortably silent in response to gambits by Silverman the character that are particularly desperate or pandering. At times, they desperately want to be others (whether perky happy Christians or cool African-Americans or at least accepted by them), and always desperately want to be loved for themselves, while resenting that need and, of course, acting out that resentment. There's the human condition right there, also of course. And, in case you haven't gathered already, they manage to make all of this very funny, if in intentionally uncomfortable ways from time to time, and they both sing very well, if not quite as well as some of the models they aspire to emulate. And that works in this context, too. Happily, both films are available in several media.

Short Notice is a not-bad (if not always compelling) showcase for short films involving Asian-Americans, and offered on the relatively new cable channel MNet, which otherwise fills most of its day with music-video programming and occasional dramatic series, anime and films, much of it Korean in origin. Short Notice is pretty wide-ranging in its ethnic sweep, comparatively, and the hosts (several different women have hosted over its three seasons) are generally of the agreeable, if slick, Carson Daly school of chat, as they interview the filmmakers around the short works run in their entirety. Given that public broadcasting and most of the rest of cable is only sporadically showcasing short films at the moment, this weekly offer is welcome.

Eric Solstein is certainly the most persistent of the a/v chroniclers of the literary legacy of sf and fantasy (including such important, often segregated figures as Kurt Vonnegut) whose work I'm aware of, and this is his YouTube "channel", where you can see at very least samples of many of his projects. (In the comments here, Steve HL and I make a few observations on small errors in the segment in which Barry Malzberg describes his favorite issues of Astounding Science Fiction magazine.)
Posted by Todd Mason at 4/03/2012 09:15:00 AM

A brand new selection is ready to go!

Todd, I'm afraid I'm going to be late as usual. Apologies in advance.

Thanks, Brian, and no need to apologize, Yvette...no sprint event, here.

Hello Todd! No overlooked film(s) from my end this week. Too busy with personal and professional commitments. That means I'll have more time to read your zoo story as well as those by others at Patti's blog.

Well, looking forward to your next film citation (and book citation)...I need to take another look at my stories, yet. And to read some of the others yet.

A wide range as always. Good to see your always strong support for female comedians. I'm always of two minds about both Bernhard and Silverman, but there's no doubt about their skill and ability. American comedy especially is a hostile world to women and they deserve kudos for their success.

K.A.: You're certainly right about women and comedy, and unfortunately, American comedy in general seems far more brutal than it needs to be, in terms of the attitudes and egos of comedians. They usually seem to be the most cynical, crass, and arrogant people in show business. I thought the point of comedy was to make people laugh?

Well, Brian, you've been hanging with the wrong comedians...there are certainly too many idiots of the sort you describe, but plenty of others who aren't drunken fratboys at all times, as well. But they are often also heavily rewarded.

But in a world of entertainers that includes the Miles Davises and the Anthony Keidises and the Jeffrey Joneses, the comedians might not be reliably the worst-behaved...

Kate--what're the downsides of these two for you?

Okay, Todd, I'm finally with the program. All gears forward.

This afternoon, we blog into history...