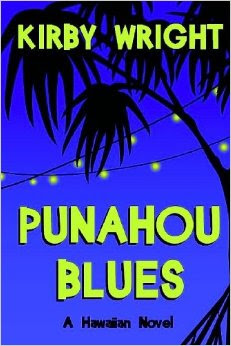 Sorry it wasn't better for you Todd - that would have been an amazing close fit - alternately, one could argue you are the one that would be most likely to see the faults. There you go, with great power comes great responsibility ...

With great familiarity comes great ability to detect nonsense, to be sure. It was the case that I found a fair amount more in common with Barry Obama's memoirs of living in Honolulu in the years just before I did...not least the record store in Ala Moana Center that had the extensive listening booths, where both of us were checking out a lot of jazz albums ca. 1979. I wonder how that store flourished with the huge Odyssey Records just outside the mall, which went belly up in '79 only to have Tower Records take over the space. I certainly dropped a Lot more money at Tower, since they were selling the older "catalog" CBS and WEA among some other records at (infrequently, briefly) $2.98 and (consistently) $3.98 a throw. Vox and Bach Guild classical items likewise. Etc.

And as someone whose first great friend was a native nation girl in Alaska, whose mother to 4yo me was utterly beautiful, I cannot begin to imagine not ever being attracted to non-pale Caucasians as a kid at Punahou or in the islands as a whole. Much less restricting one's self to blondes among them. Imprinting will out, I suppose.

You may want to check out some of my plays, which are based on my forthcoming memoir. My first play was performed at the Secret Theatre in NYC in Feb. 2016, as well as in Honolulu in April 2016. I will be lecturing about playwriting and creative nonfiction in Sweden & Finland this Fall 2016. I represented Hawaii @ the International Writers Conference in Hong Kong, where I lectured with Pulitzer winner Gary Snyder.

My work is sparse and scattered...a story in Algis Budrys's magazine TOMORROW in 1994, which Ellen Datlow was kind enough to put on the recommended reading long-list in the back of the 1995 edition of THE YEAR'S BEST FANTASY AND HORROR...a story in Claude Lalumiere's now vanished webzine LOST PAGES that he suggested was the best thing he'd published...a vignette in Patricia Abbott and Steve Weddle's anthology DISCOUNT NOIR that was too-kindly hailed by a few...a few published haiku...the essay on Joyce Carol Oates in Richard Bleiler's SUPERNATURAL FICTION WRITERS, Second Edition (Scribner's, 2002)...articles in THE PROGRESSIVE, SOCIAL ANARCHISM, FACTSHEET FIVE, MAXIMUM ROCKNROLL, and in various campus and "alternate press" papers...a piece I did for PROFANE EXISTENCE was quoted extensively in a PhD thesis that was later published, but I've forgotten the good doctor's name...in 1983, I was probably the only frosh in its history to be named editor of HAWAI'I REVIEW. Lots of scraps around elsewhere. I take it this was a challenge, or did I misunderstand a polite inquiry? Hey, you're getting to travel. I'll see if I can find your plays eventually...I really did hope to like your novel better than I did.

Put This in Your Pipe & Smoke It:
http://nthandareview.com/nonfiction-from-kirby-michael-wright/

I remain impressed by how thin your skin is. Not everybody will love your work. If you're going to remain a professional, you're going to have to learn this. "Encouraging" reconsideration, or further reading of your work, with a sophomoric taunt doesn't actually help your case.