"Between Time and TImbuktu, or, Prometheus-5: A Space Fantasy" was an episode of NET Playhouse, which series had continued to run on the new network PBS after it was created to supplant the National Educational Playhouse (NET) network, seen by the Nixon Administration and even some of the public stations around the country as too leftist, too likely to seek controversy, and otherwise problematic as the program supplier for stations that depended on the public's goodwill for their funding. This episode was first broadcast on 13 March 1972.

This episode can be seen in its entirety here. This is from a mildly degraded videotape copy, but certainly is watchable, and is probably also the only gray-market video available; there's never been an authorized release of the program on home video. The first segment of the same source material can also be seen on YouTube here:


John Whiting also recorded a BBC-TV2 interview of Vonnegut by Adrian Mitchell wrapped around the UK debut of the episode, which Whiting describes in detail here, and which he posted the audio of here. 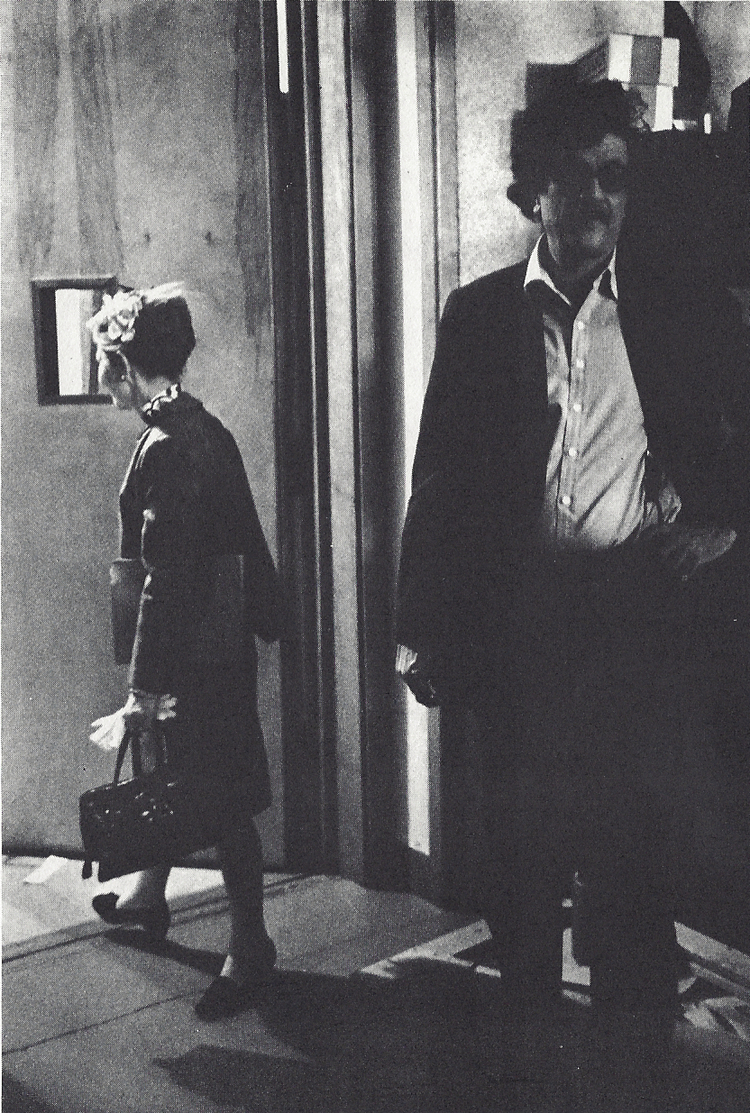 The book, published by Dell hardcover subsidiary Delacorte and in large-format paperback in their Delta line, features a long essay by Vonnegut as introduction, in which he praises star William Hickey and the production generally, while also noting he wanted nothing more to do with film/television production after the nearly simultaneous production of the films Slaughterhouse-Five (which he approves of enormously), Happy Birthday, Wanda June, the film of Vonnegut's stage play, which he abhors, and this television production, which is mostly positive about. However, the amount of money even modest productions cost to mount rubs him the wrong way, as does the way that audio/visual media can delimit the ability of the reader or even the radio listener for deciding how characters might look or incidentally behave...that film and television spell things out far too concretely. Primary scripter George Odell took bits and chunks from Cat's Cradle, The Sirens of Titan, Slaughterhouse-Five, Wanda June, "Harrison Bergeron" and other KV writing to work it into a fairly coherent whole, and Bob Elliot and Ray Goulding, old favorites of Vonnegut's, apparently improvised a lot of their dialog, playing characters, who're covering the time-travel mission Hickey's character has been chosen for, in a manner reminiscent of and somewhat parodying Walter Cronkite and Wally Schirra's Apollo coverage for CBS. In addition, the producers and some of the rest of the cast made on-set rewrites and did a bit of improvisation; the producers went on to two more SF literary adaptations for PBS: the fine standalone telefilm based on Ursula Le Guin's The Lathe of Heaven and the atrocious American Playhouse adaptation of  John Varley's "Overdraw at the Memory Bank".

The book, which must be close to the most obscure and unreprinted in the KV bibliography, is made up mostly of dialog and photos, taken by Jill Krementz or, more often, stills from the production. There's also a flip-pages animation in the bottom corner of a number of pages...all rather reminiscent of the paperback derived from the Pennebaker/Dylan film Don't Look Back. And, as with that book, in the days before convenient home recording and playback of a/v materials, this book was the closest thing most of the audience could have to a portable copy in 1972. And it certainly makes a few bits of the dialog more clear, though not necessarily more smoothly integrated into the whole.

Secondhand copies of the paperback, particularly, are widely available on the secondhand market. 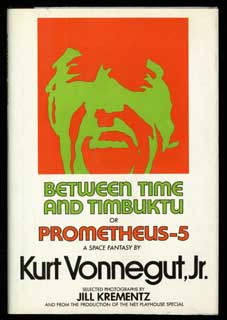 I read everything Vonnegut ever wrote and it was sad to see how bitter he got at the end of his life. His final books were hard to read. But he sure gave us a lot of great literature!

That's Cousin Brucie (aka Bruce Morrow) as the news reporter/announcer in the opening of the TV show you uploaded. I never knew he did acting on film. I immediately recognized his voice if not his face. He was one of the most prominent AM radio DJs during the 70s when I was growing up in Connecticut. He worked for 77-WABC. I still remember the jingle for that station, too.

An uneven set of novels, Jack, but an impressive one. Part of what I liked so much about BLUEBEARD is that it's the novel about giving up on bitterness, but bitterness will out.

That is indeed Cousin Brucie in the opening minutes, John. Check his IMDb page to see what other a/v media work he was into...

I watched the whole thing and was impressed by the cast: young Bill Hickey, Kevin McCarthy, radio veterans Bob & Ray, Dolph Sweet, Hurd Hatfield ( the first cinema Dorian Gray), and in a bit part as a Suicide Club hostess Susan Sullivan who at the time was making a living as a soap opera actress on “Another World.” As it progressed I vaguely remember watching it on TV when I was a kid. The Harrison Bergeron sequence really stands out in my memory.

Well...there were also other "Harrison Bergeron" adaptations on PBS in the 1970s, or at least the one they did for THE AMERICAN SHORT STORY series...I'm glad you caught this when a kid...

Vonnegut notes how happy he was with the cast, as well...beyond Hickey.

Oh, and Bob & Ray were tv vets as well, if less consistently than on radio...had a series in the '50s, and a lot of appearances...

Thanks for posting....not many people know about this movie.


I was a kid in 72, saw this & never forgot it.
Diana Moon Glampers was a riot

There a link in that article that brings you to a (slightly) better copy of that movie,
its on Vimeo.

Thanks for the pointer...just posted on Vimeo 9 months ago...it does look marginally better!