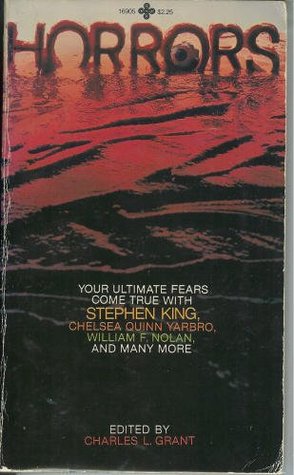 Laurel Scholnick is a professional archivist, librarian and researcher, and a lover of horror fiction, comics/graphic literature, and in dramatic form, particularly film and television drama, and one of the most prolific contributors to the discussion list Horror in Film and Literature at Indiana University. Among her projects has been completion and enhancement of a database of Mister Rogers' Neighborhood episode segments.

On first consideration, Horrors, edited by Charles L. Grant, is a pinnacle among selections of short horror fiction, and as you let the stories sit with you and sink in, the book even more thoroughly lives up to the paperback original's wonderfully foreboding cover, an image of an eyeball floating in a sea of blood. I was hooked from reading Grant's introduction and the first story, as Dennis Etchison's now-classic "The Dead Line" gets at the futility and despair one would feel while one's loved one is incapacitated and is essentially being mined for fluids and parts. A horrible thing, made even more horrible by the way her husband deals with the hopeless situation his wife isn't quite enduring. From there each of the other stories also deals with various sorts of terrible things people (and things like people) can do to each other or, sometimes, to themselves.

There is no lack of supernatural horror in the anthology, but what soon becomes apparent is how well the stories presented here can play on anxiety in the face of both supernatural and real-life horrors.  While no one eats 'dollburgers', and dolls don't in turn actually eat people (as in Lisa Tuttle's "Dollburger"), people (especially women) enter into bad marriages against their better judgment all the time and can end up with children, too, as a result...and then find out just how crazy the one they really love is (as in "Shadetree" by J. Michael Reaves). It can be scary to think that kindness to animals could lead to our undoing...for some it's a just-deserts kind of thing, a price for disingenuousness and cheating ("The Inheritance" by Alan Dean Foster), and for some it's from letting it all go too far to be a benefactor (as in Richard Houston's "The Man Who Was Kind to Animals"). There are stories here of adulterers, a child unaware of how to control his unusual powers, revenge seekers, those who give of themselves until there is (literally) nothing left, werewolves, a pair of occultists, murderous parents who find the tables turned on their predation, a torturer, another magical child, a hypnotizing pool that absorbs much more than the stress from people's muscles...and a toy that will not let itself be lost: Stephen King's "The Monkey", which I first read years ago in his collection Skeleton Crew, is a fine closer as it leaves you with a terrible foreboding that there will be no end to the nightmarish havoc this cursed little mechanical cymbal-clapper will continue to wreak on the world.

Each of these selections had me eagerly turning the pages and wondering what I was in for in the next story.  Highly recommended! 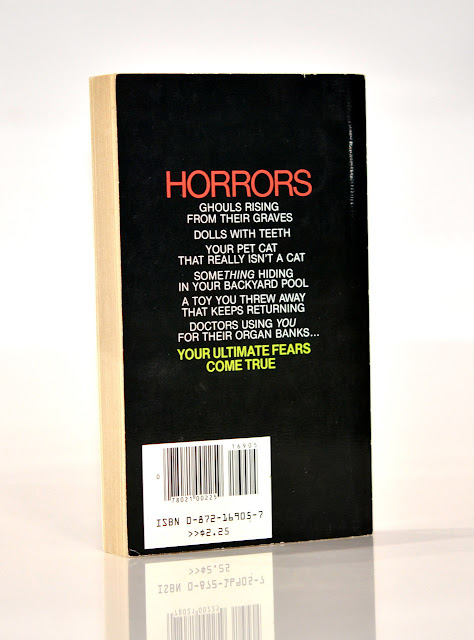