This week's books and more, unfairly (or sometimes fairly) neglected, or simply those the reviewers below think you might find of some interest (or, infrequently, you should be warned away from); certainly, most weeks we have a few not at all forgotten titles...if I've missed your review or someone else's, please let me know in comments...a number of more obscure works this week by major CF writers, including a new edition of the first collection by FFB founder Patti Abbott...

Nigel Bird: Monkey Justice and Other Stories by Patricia Abbott

Ben Blatt: Maigret Enjoys Himself by Georges Simenon (translated by Donald Watson); More Work for the Undertaker by Margery Allingham

Joe Brosnan: Beat Not the Bones by Charlotte Jay

Martin Edwards: The Killer Inside Me by Jim Thompson

Will Errickson: Spook by Steve Vance

José Ignacio Escribano: "The Capture of Cerberus" and "The Incident of the Dog's Ball" by Agatha Christie 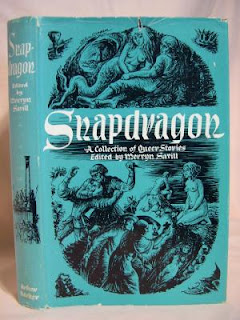 Joe Kenney: The Jefferson Airplane and the San Francisco Sound by Ralph Gleason

Dana King: Monkey Justice and Other Stories by Patricia Abbott

B. V. Lawson: The Habit of Fear by Dorothy Salisbury Davis

Steve Lewis: "The House of Kaa" by Richard Sale, Ten Detective Aces, February 1934, edited by A. A. Wyn; The Case of the Baited Hook by Erle Stanley Gardner; Deadly Resurrection by James T. Doyle; "Teratohippus" by Robert L. Davis, Worlds of If, November-December 1972, edited by Ejler Jakobsson; Enter a Murderer by Ngaio Marsh

Richard Robinson: A Chain of Thunder by Jeff Shaara 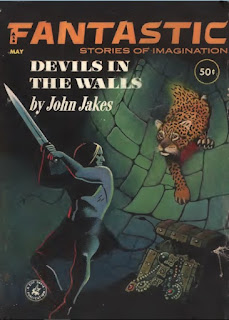 Katherine Tomlinson: Monkey Justice and Other Stories by Patricia Abbott

Might take a look at your fonts, most of it is (almost?) too small to read...

Yes. Blogspot loves to fail in various ways when it takes a mind to. I ended up running the fonts through Gmail and repasting that into Blogsplggio.

Also, it's telling me at the moment that No One, zero, has looked at this post...making your noting of the typographical weirdness an act of remote viewing in the psychic manner...

Perhaps we are having a seance.

Oooo, I feel all floaty and stuff. Hand me that plate of brownies, will ya?

Looks fine now on my iPad.

It should, Rick...I was in the process of fixing it when you wrote...no good idea why it wanted to collapse the font size of all but every tenth line, but it's done that before, and resists all attempts to remove the variant typeface coding. It's charming. The Gmail trick works rather well, but usually needs some fine-tuning...but it's a very quick fix.

Matt, I'll suggest it's more of a Gestalt. I see the "hit" counter is shaking off its stupor as well...

Some good stuff here -- many thanks! And many thanks for the mention.

Thanks for collecting all this information, and thank you very much for the link.

Thanks for the links!

Thank you, Jack--glad your quest for info paid off thus!