The third in a series of posts about select set of late '50s issues of fantasy and related-fiction magazines: 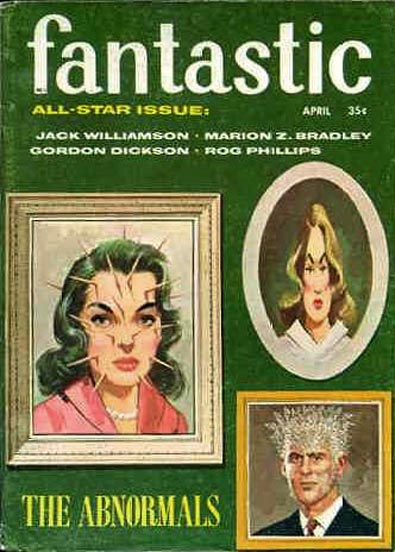 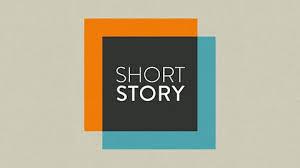 I will comment here similarly to my comment at George's post. I have read more science fiction, not sure how I will like fantasy short stories. I have to look around through the anthologies or collections I have and see what I have in the way of fantasy. Regardless, I am sure I would like a fair amount of these stories if I had access to them.

And I enjoyed the information on authors in this issue who were newer to publishing and not as established and well-known as they would become.

Two thoughts here, Tracy--there are few writers who have written science fiction who haven't also written some fantasy, and certainly rather few collections of short stories from those writers that don't mix the two forms. All these magazines so far reviewed--F&SF, FANTASTIC UNIVERSE and FANTASTIC--have during their runs made it very clear they were offering both sf and fantasy (and their definitions of fantasy including horror)--this also true of SCIENCE FANTASY...and, as many such eclectic magazines have done through the years, they would occasionally slip in story that had no real sf or fantasy content that the editors thought or hoped the readers would like...among the examples that come to mind are Shirley Jackson's "One Ordinary Day, with Peanuts" in F&SF, one of the handful of stories by her they published in Anthony Boucher's years, Edward Wellen's (oddly enough) novella or short novel GOLDBRICK in F&SF in 1978, which was almost Simon-pure suspense story with no real speculative elements (but Wellen was a long-time contributor to F&SF and its occasional sibling VENTURE SCIENCE FICTION, and crime-fiction novellas were hard to place then as now) and Bill Pronzini and Barry Malzberg's very funny "Another Burnt-Out Case" in FANTASTIC in 1978...a bit absurdist, but not fantasy nor sf at all.

And you do have access to them, at the "the issues can be read here" links, where the issues are archived online and the images of the pages can be blown up to readability on most computer screens.

And, thanks! I'm glad these posts are useful and, I hope, not too hard to read with my overpacked sentences and the like!