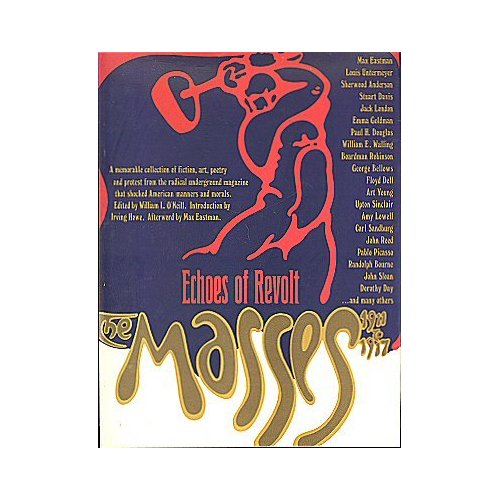 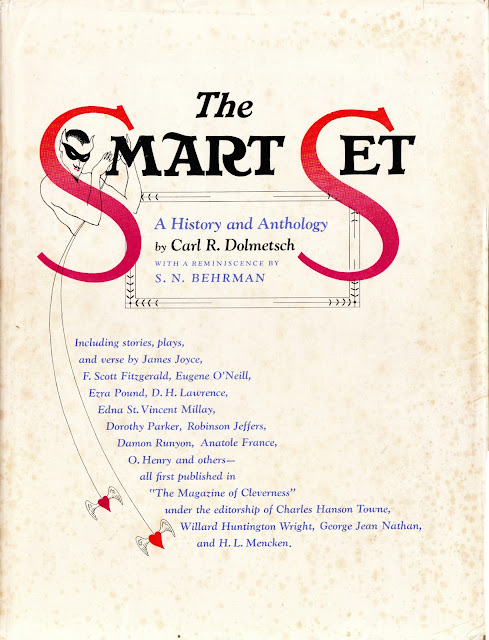 Massive celebration of Mencken’s famous magazines, mixing a history of the magazine with reprints of some classic pieces published therein, with a scattering of full colour cover reproductions. [PSP]

(Phil, or his source, has broken the chapters of Dolmetsch's long essay on the history of The Smart Set magazine into individual essays here.) 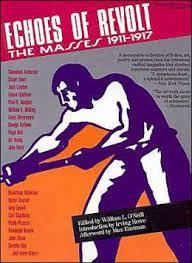 (Remarkable to me that I can't [couldn't]  find an image of the latter nor a detailing of the former, though even Amazon has covers for both the 1966 hardcover and the 1989 paperback of The Masses...; clearly I need to get cracking with the indexing and scanning...) Meanwhile, the publisher's blurb for the paperback reprint of Echoes of Revolt notes:

These are two coffee-table books, both oddly first published in 1966 (a good year for ct books from epochal early-century magazines, clearly), that I discoverd in 1979, the first in the Hawaii State Library and the second in my high-school library...in recent years I've picked up copies of both, though they are in one of the many boxes, or I'd try to make time to get the index and image in now.

But reading these in nearly immediate succession was pretty mind-blowing, to say the least...while both feature material that seemed a bit quaint fifty years later (and now nearly a century), both also give a sense of the ferment around The Smart Set, "The Magazine of Cleverness" and the first joint publishing project of H. L. Mencken and George Jean Nathan, and the eclectic radical magazine The Masses, edited by Max Eastman and Floyd Dell.

Both duos were ready to take on the world, and were fortunate and industrious enough to draw to them much of the literary (and larger cultural) ferment of the time; even if they might've published only a token piece by some important figures (while nurturing others, and inspiring even more that they didn't publish), in their magazines that reached only a fraction of the circulation of the well-established literary and political magazines that were less interested in the new and freely ranging work that appeared here. While such more sober and limited magazines as The American Mercury and The New Masses were in a sense the children of these, they weren't up to the best of the earlier magazines, one cut down by financial troubles (despite The Smart Set spinning off eventually legendary crime-fiction magazine Black Mask to help bring in some funds; SS contributor Dashiell Hammett made a bit of a splash in the new magazine), the other put out of business by the iron hand of the Woodrow Wilson Administration for its antiwar critique (among others).

They are fine anthologies that vividly give a sense of why their magazines are still important in understanding the history of (at least) literature of the time, and since, and good reading experiences (even given the slight disadvantages of propping a coffee table book on one's belly while reading in bed).

Hey, we have that book our our shelf.

THE MASSES volume, or THE SMART SET? (I'm suspecting THE MASSES...)(the Red Squad will be visiting soon...)

The graphics (font) on Masses marks it as 1966-1971 without even knowing anything else about it. Pretty much early rock poster stuff. Not something I'd have bought then, or read then or now, but an interesting post. Thanks.

Though that's in part due to the hippie sorts' fascination for certain Victorian and Edwardian things...the image is pure MASSES, and the typeface isn't too far from some they employed as well.

The first time I was powerfully reminded of reading these two books essentially together was in an English class in college in which GATSBY and Agnes Smedley's DAUGHTER OF EARTH were the primary novel texts. And, of course, Hammett and Eugene O'Neill and Sherwood Anderson and Robinson Jeffers might well've appeared in either volume, and not they alone. (Emma Goldman and Dorothy Day maybe not so likely in THE SMART SET; James Branch Cabell might've been less comfortable in THE MASSES...).

Also of interest, Todd, is Smart Set Anthology (1934), edited by Groff Conklin (of Science fiction anthology fame) and Burton Rascoe. I remember this one having some pretty good stories. Wikipedia mentions that it was reprinted in 1944 as The Bachelor's Companion.

Indeed. I finally caught up with the Conklin and Rascoe monster about ten years ago, when I was buying the two highlighted here...made a permanent "friend" of Alibris thus. It's a much larger (or at least more paginated) anthology than the Dolmetsch.

It's sad to consider periodicals like this have become dinosaurs. How would Mencken fare on the Internet today? And how much of the Internet will ever be saved and "anthologized" for future readers? These are the type of questions your postings cause me to ponder, Todd.

I suspect Mencken would have a position today not unlike Christopher Hitchens's, still ensconsed in "old medium" publications but increasingly read online...and while I foresee ever greater numbers of ebook anthologies from webzines, the durability of books away from their hardware is somehting not comfortably lost, no.

And it might be a while before some of the esthetic advantages of book publication are caught up with by electronic publication...even given electronic publication's ability to briefly (or not so briefly) animate the image of Carla Gugino (as in the web version of THE LA TIMES MAGAZINE this week)(then again, the newstand edition of ESQUIRE is particularly keen on playing with new technologies in this regard, as well).