I was hoping that with my young readers' pick for this special week's list of books that shouldn't be forgotten, I might finally light on a book that wasn't out of print...after all, this one was a Newbery Award runner-up or "Honor Book" in 1964 (it lost to Emily Neville's It's Like This, Cat, which is very much like a less intense urban variation on The Loner; Sterling North's rustic memoir of his boyhood pet raccoon, Rascal, might've drawn some of the votes or attention from the jury The Loner might otherwise have received). Scholastic had had it in print, albeit with a much worse cover painting than the late '60s paperback edition I first read, as late as a few years ago. But no longer...though, of course, it's still available secondhand. And as about as searing a contemporary western as you could imagine being slanted toward young readers.

The initially nameless protagonist, a young boy abandoned by his family or having survived them and traveling with sharecroppers across the Southern US, loses his first true friend, and budding romantic interest, in a horrible accident. Despondent over losing her, he simply starts walking, eventually to be found, collapsed and more than half-dead, by a Montana sheep rancher and her hands. She takes him in, and the rest of the novel is about David, he names himself after the Old Testament shepherd, attempting to grow into the role of young man and member of the family and crew. As simple as that, but told, as I remember it, with economy and grace, and not a little grit (the killing of his girlfriend in the first five pages isn't the only tough incident in the book, even if it is by far the worst).

This was my favorite novel when I was a nine- and ten year old, and I've always thought it was robbed of its Newbery (even if Cat is almost as good; Rascal, not really aimed at kids anyway, isn't in the same league). It neatly displaced Eleanor Clymer's excellent, gritty, urban (and pitched even younger) My Brother Stevie from favorite novel status, and even as I read any number of excellent (and some strikingly bad) novels from the Newbery shortlists, The Loner endured as the most meaningful to me. It didn't hurt that it was adapted into one of the best of the Miller-Brody Productions audio dramatizations my local library in Enfield, Connecticut, circulated...hearing just a few of those led me to the Newberys, and on occasion the adaptations outshone the books. Not in the case of Wier's novel, however...for some reason I didn't seek out more of her books, although she published a number. Too busy reading all I could of Twain and Kipling, horror and humor anthologies, mythology and folktale collections, and Alfred Hitchcock Presents: volumes, and whatever else interesting-looking that came my way...I think Keith Robertson's Henry Reed's Journey was the closest challenger among YA novels, with such wonders as Jean George's (very grim) Julie of the Wolves, E. L. Konigsburg's From the Mixed-Up Files of Mrs. Basil E. Frankweiler, M. E. Kerr's books and that not-yet a trilogy much less a longer series A Wrinkle in Time and A Wind in the Door all coming up fast.

See the link pile of others' suggestions, and, I hope, Patti's own: 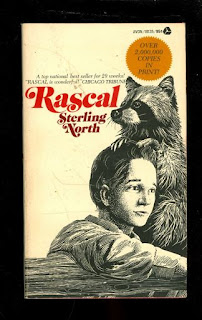 This sounds like a book that should still be in print. Too bad. Still I'll hold on to the name and author.

Well, as I say, Terrie, it's easily available on the secondhand market...Scholastic just not quite making enough money off of Harry Potter to keep such trivia as Newbery runners-up in print (I note that CAT is in print from Harper Trophy/HC). Eleanor Clymer's MY BROTHER STEVIE is also worth the (easy) search. While not everything on the Newbery shortlists is first-rate, as I note, that is a good start...any entity that put me onto Scott O'Dell's THE ISLAND OF THE BLUE DOLPHINS and SING DOWN THE MOON, Armstrong Sperry's CALL IT COURAGE, M. De Yong's THE WHEEL ON THE SCHOOL, CADDIE WOODLAWN, THE DOOR IN THE WALL (this one more a novelet than even a novella, but good), GINGER PYE and its sequel, Bill Crider's choice for the YA/kids list, THE TWENTY-ONE BALLOONS (by the same William Pene Du Bois who as part of the founding group for THE PARIS REVIEW, now a shadow of its former self), and the books I mention in the post...can't fault it too much.

And, my favorite Newbery, an odd choice, probably, was Carry On, Mr. Bowditch, by Jean Lee Latham. I was always fascinated that he could teach himself languages by reading the Bible.

I liked BOWDITCH, but don't remember much of it...the ones I remember being most disappointed with were SHADOW OF A BULL and THE TRUMPETER OF KRAKOW, particularly after how good the dramatization of the latter was. Irene Hunt's ACROSS FIVE APRILS was pretty solid, too, and JOHNNY TREMAINE (fascinating to me what the Miller/Brody audio drama left out from the book, vs. what the Disney film left out...also interesting to me were some of the evergreen classics I liked that didn't get any Newbery attention, as far as I knew, such as Conrad Richter's THE LIGHT IN THE FOREST or, less unlikely, Howard Fast's adult but YA-adjacent APRIL MORNING.