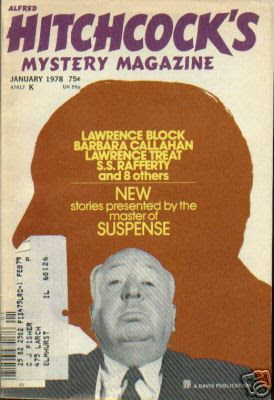 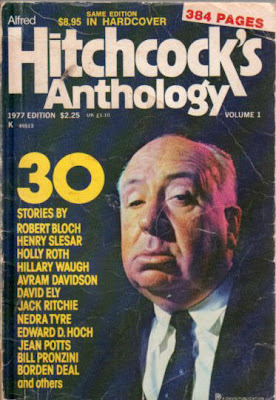 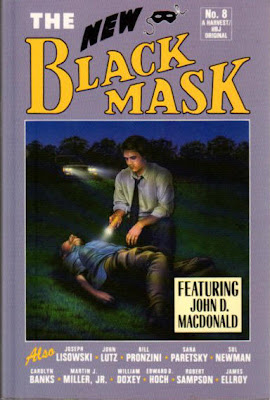 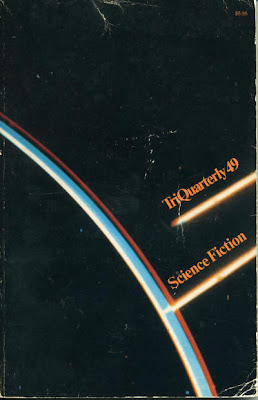 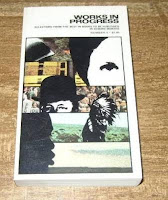 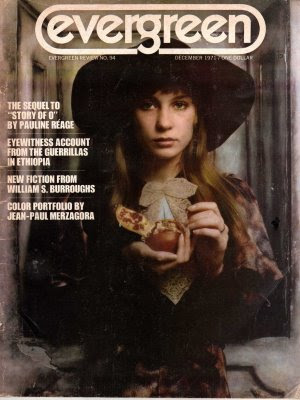 I love love love that Evergreen cover! It's so perfectly a timecapsule, but it remains beautiful not completely dated like many covers.

I read a lot of the Alfred Hitchcock collections, but I didn't tend to buy magazines until I was a teen and then they were all music. I remember the issue of Crawdaddy with a picture of Paul McCartney on the cover, a story following a typical day for Keith Moon, and a long long piece on suicide, that I kept forever, even as the cover grew loose, re-reading it.

Surely it was in a Hitchcock collection that I first read "Homecoming"?

I was a big fan of EVERGREEN, too. I never had a complete run, but I did pick up copies wherever I could. It eventually morphed into a paperback at the end of its run. I have a few of those, too.

Thank you, Patti. Events have conspired even more thn usual against allowing the reading/rereading of a single text.

Yup, Kate, and yuo have Robert Arthur to thank for that. His brilliant anthologies under Hitchcock's brand set a standard for Harold Q. Masur (for the adult books) and small knot of others(for the YA) to live up to...and the best-of-the-magazine books weren't too shabby, either. Arthur always was a fantasist first, though like Fredric Brown, Robert Bloch, and not a few others was equally at home with crime and fatnastic fiction. I wonder why I never saw CRAWDADDY around much...perhaps it was buried behind too many CIRCUSes and HIT PARADERs and latter-day (duller) CREEMs for me to see it (to say nothing of TIGER BEAT) on my newsstands where I was lucky to find DOWNBEAT, the venerable jazz magazine.

Yup, George...EVERGREEN was self-consciously Naughty (in the days before "transgressive" was a buzzword) but was usually a solid magazine, as it, indeed, morphed into a periodical book in the '70s and is now a webzine. Ever look at it nowadays?

Todd - I remember that issue of TriQuarterly quite fondly. I no longer have it but if I recall correctly there was a very good Michael swanwick story in there as well as some interesting essays.

You remember correctly...Swanwick was the primary up-and-comer represented in the issue, and Budrys and Disch contributed essays, Budrys's was major: "Paradise Charted" (Disch also offered fiction). I pick up all TRIQUARTERLYs from that era when I come across them unless they are in Really bad shape or priced outrageously.

I must admit the Gina Gershon lookalike on the '70s EVERGREEN cover is a lot more eye-pleasing than even a well-composed Hitchcock cover...

I collect the mystery and SF digests but this is the first time I've come across another collector who also likes the so called Little Magazines. I have an entire room that holds nothing but runs of TRIQUARTERLY, SCRUTINY, CRITERION, LONDON MAGAZINE, HUDSON REVIEW and many others. I keep them in a separate because they don't get along with my pulp collection.

Well, the paper is usually better...though my 1940s YALE REVIEWs are mostly distinct, even with the untrimmed edges and the "standard" size (similar to NATIONAL GEOGRPAHIC or comic books), from the pulps only in the sedate covers. Wonder if they used the same printer/binders as some pulpsters in Holyoke, MA.

I collect the western magazines, too...and would've mentioned them if there had been another sustained good one aside from EQMM/AHMM/ASIMOV'S/ANALOG stablemate LOUIS L'AMOUR in the last twenty years plus...and sports fiction, if ELYSIAN FIELDS QUARTERLY and ARETE/ATHELON hadn't been so lonely...

I know I picked up at least the first three issues of The New Black Mask. How many were there?

Eight under that title, then four more as A MATTER OF CRIME, which volumes/issues as well as title had less zip (and a standard mass-market paperback format, which made keeping the price the same hard to justify).