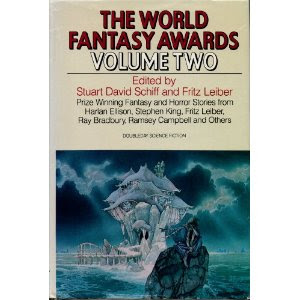 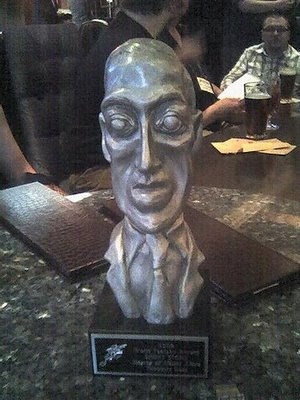 That table of contents has plenty of gems on it!

Yes, it's considerably easier to isolate the non-gems.

Not sure how I missed picking up this anthology, other than the fact that in 1980 my oldest daughter was a year old and another was on the way and I was preparing to move to Washington. Makes me tired thinking about it. But I will look for a copy now. I'm familiar with most of the stories as I subscribed to Whispers, Fantastic, and most of the other mags. Whispers was an impressive publication and it was a joyful day when an issue arrived.

The year 1980 was when I met Karl Wagner at the Deep South Con in Atlanta after corresponding with him for a time before. After years of correspondence I drifted away from Karl but he was on top of the world in 1980. What a wonderful talent! His best stories are worthy of many readings. I prefer his present day horror stories to Kane but perhaps that is because I have not recently read the Kane. Bless his memory. He knew the horror field as well or better than anyone.

And Fritz Leiber! The November 1959 All-Leiber issue of Fantastic converted me.

Here is another book you've convinced me I have to order. And I thank you Todd.

Well, I doubt you'll be too upset when this arrives, either...and thanks for the comment! I like Wagner's contemporary horror, too, but he was one of the great writers of S&S...and Kane never strayed too much away from horror. Wagner was also kind enough to praise my first published short story.

Among the more unusual ways that Leiber was unique...the only person to have special issues of all three of FANTASTIC (1959), FANTASY & SCIENCE FICTION (1969) and WHISPERS (1979) devoted to him, though only the first was comprised almost exclusively of his fiction...