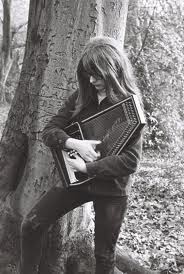 A Christmas song (not yet discovered, not properly credited)

Billie Holiday: "The Sunny Side of the Street"

Sweet Honey in the Rock: "Ain't Gonna Let Nobody Turn Me 'Round"

FAIRPORT CONVENTION, that brings back a lot of memories! I wanted to see them in concert back in the day, but they never performed where I was living at the time.

A pity, George. They have been a good and engaging band since, but they were definitely at their height in their first four years or so, when Richard Thompson and either Judy Dyble or Sandy Denny were in the band (and it's easy to miss Iain Matthews McDonald, too). The reunion concert was pretty impressive (they've had as many members over the years as the Byrds, maybe more by now)(yet another reason I always think of them as the British Byrds).