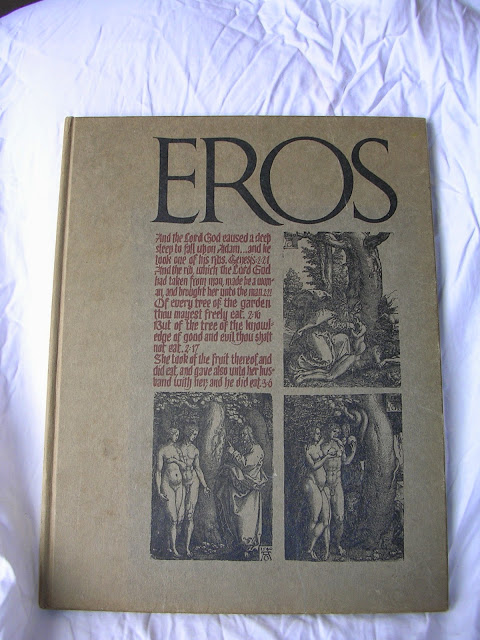 The attempts to produce a literate erotica magazine in the US in the latter 1950s and early 1960s were met with considerable resistance at times (Ralph Ginzburg, the editor and publisher of Eros, courted trouble; Samuel Roth and company, of the earlier American Aphrodite, seemed to fly a little more under the radar). And, of course, while they were aimed at being liberatory and intelligently bohemian, featuring imagery of bare backsides didn't keep them from feeling a bit half-assed.

While the likes of Esquire, Playboy and Evergreen Review had all been lightning rods for scrutiny and condemnation (and their imitators as well), none of them (certainly not even Playboy) was solely about sex...even if aids to masturbation (for the audience that enjoyed women's aspect) were the most obvious selling point of a given issue. And, certainly, the majority of women and not a few men were left out of the target-audience equation for these magazines, and the less ambitious skin-magazine digests that flourished at mid-century.  Even if Evergreen Review didn't promote itself (overtly) as a men's stroke-book, the mix certainly leaned that way...these two publications were making, to what degree of success is another matter, an effort to reach out simultaneously to those of several persuasions, at a time when the presumed default assumptions ran to the sickness of all homosexuality, the baseness of male heterosexual lust, the odd mix of dainty and guilty that was assumed to be female heterosexuality.

So, the advent of the occasional attempt such as these book-a-zines...and it's probably notable that both of these were published in hardcover format even though they were periodicals, and could be sold either way...with a mix of materials new and old, the old having the advantages of usually being out of copyright protection as well as giving a certain classic or at least (very) arguably tony flavor to the enterprise in question.

Among the more interesting new items in either issue here is the Ray Bradbury story "The Long After Midnight Girl", which deals in part with homophobia and sexual violence in a fairly straightforward way, if going about it somewhat cutely (Bradbury could preach). It's notable (to me, at least) that Anthony Boucher makes a point of mentioning how unsettling he found the story, in not including it but shortlisting it in the appropriate volume of The Year's Best Detective Stories.

These remain interesting for what they suggest about the times, what was and wasn't possible in this kind of publishing, and how they are and are not too much different from similar attempts today, and in recent years.

Please see Patti Abbott's blog for more of today's books (and perhaps a few other magazines...). 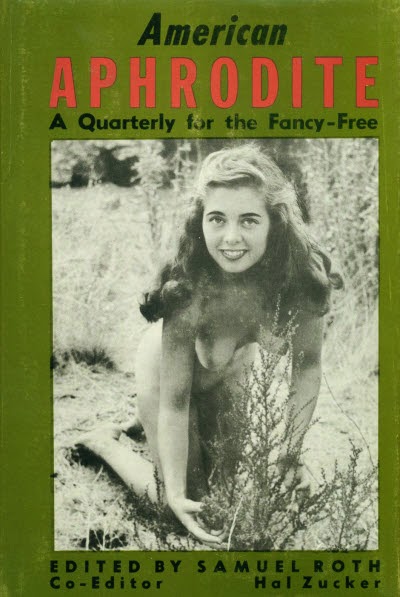 A Letter From Allan Ginsberg --

The Sexual Side of Anti-Semitism / Shepherd Raymond --

My Life and Loves / Frank Harris, introduction by Warren Boroson --

Bawdy Limericks : The Folklore of the Intellectual --

The Sexual Side of Anti-Semitism Huh? An odd topic, I have no idea what that would have to say.

I'll have to look at it again, but a fair amount of all chauvinism seems to be driven by sexual resentment among other sorts. There's at least one blog I'm aware of that's all about what the proprietor tags the insidious voluptuousness of Jewish women...with copious photographic illustration for educational purposes, doncha know.

"featuring imagery of bare backsides didn't keep them from feeling a bit half-assed" really cracked me up - thanks Todd. I wish the woman on that cover of American Aphrodite didn't look quite so young, but maybe its me getting old ...

It is remarkable, in middle age, how much young adults start looking ever more like kids, isn't it? Though I'm not sure how old she is, at all...my copy doesn't have its dust jacket. Probably should've given a little more explication with the flippancy already; there's often a felt tension in particularly such early erotica magazines and anthologies between a given piece of work's (and the whole enterprise's) overeagerness and half-trying--publishing ontogeny recapitulating early sexual adventure phylogeny, perhaps--but that is also the fate of both most artistic pioneers, and is perhaps most often evident in erotica, still the most likely to be discounted of literary (and other) forms. Thanks for the benisons!

Living in a culture saturated with sexuality, readers born since 1970 would have to find this whole phenomenon of middle-brow erotica pretty puzzling.

Well, I think they're more likely to find the dangers (from governmental censorship and prosecution) far more puzzling, given particularly the mildness of most of the content. Erotica anthologies continue to sell well, even if erotica fiction magazines are very nearly exclusively a web phenomena in English, today. PLAYBOY and even the still-raunchier (after all these years) PENTHOUSE seem quaint, among the magazines that don't have much fiction...I think PLAYGIRL might've folded again, and ESQUIRE and its other stepchild MAXIM and their fellow-travelers are far from the height of their sales or influence.