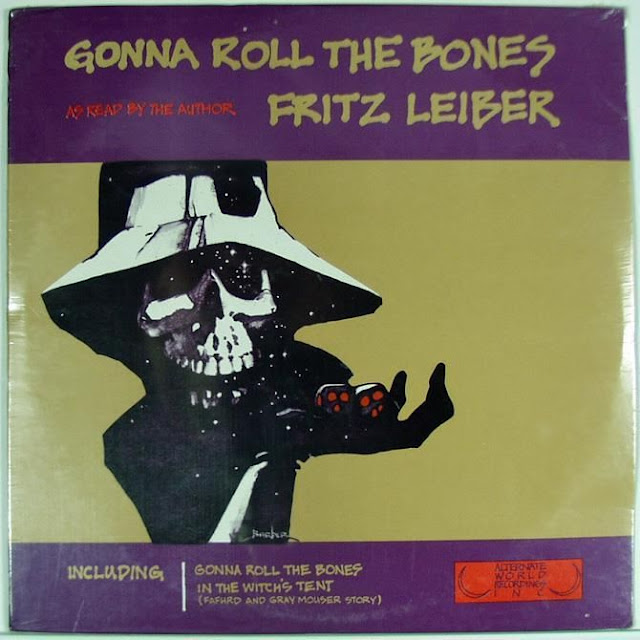 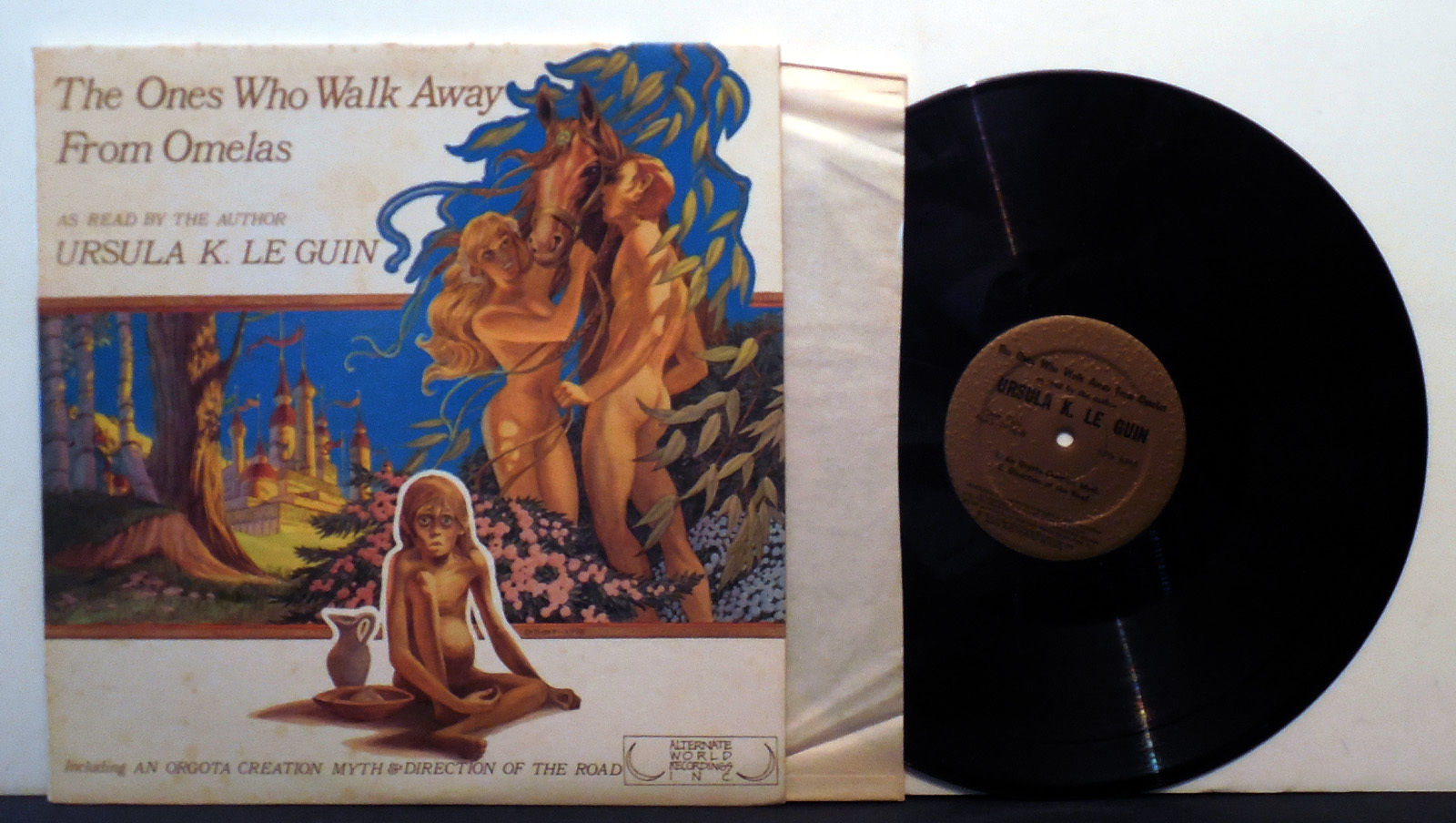 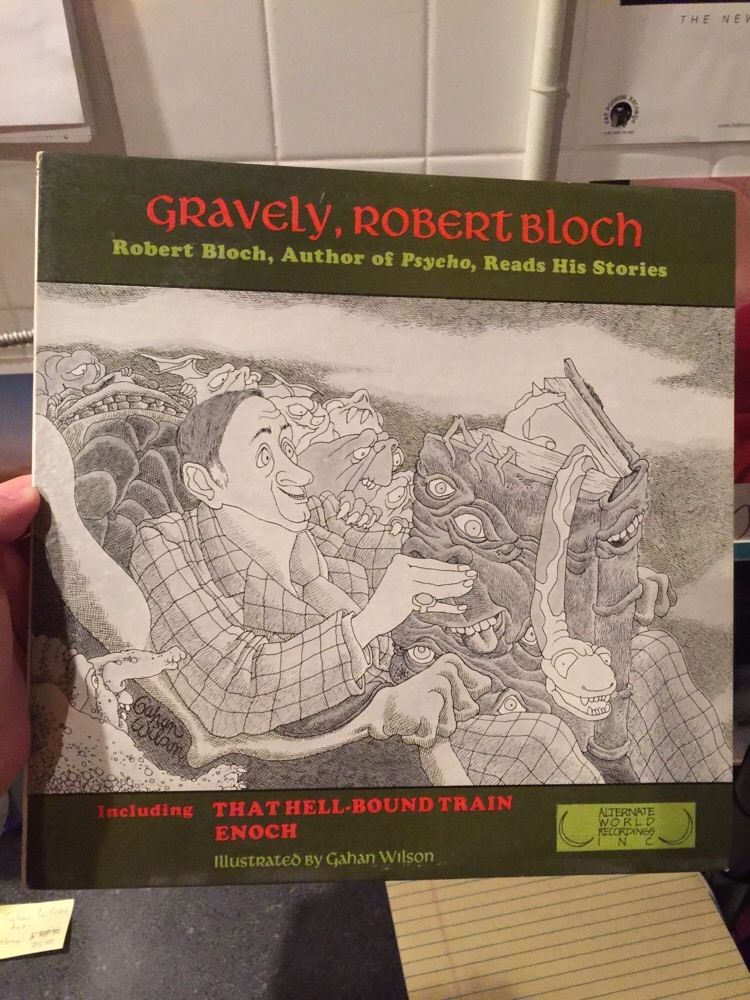 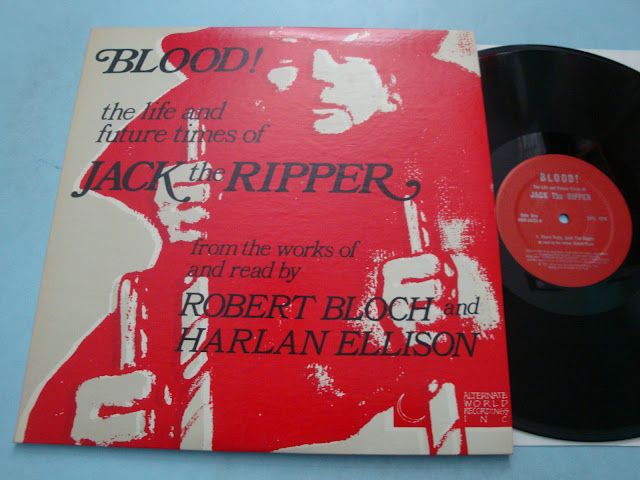 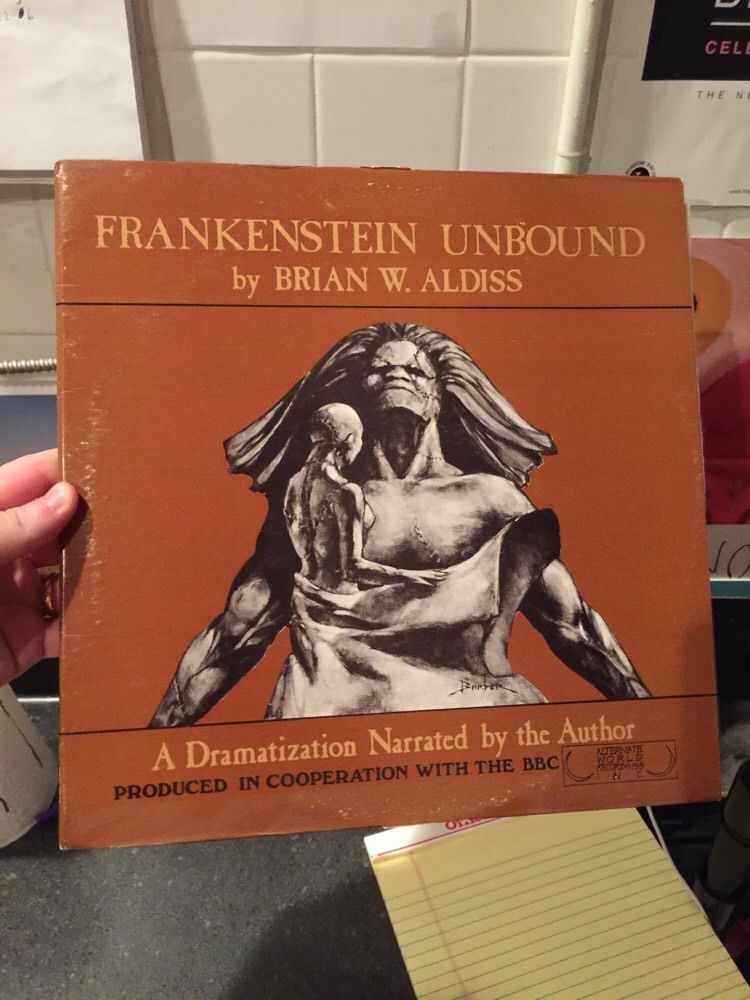 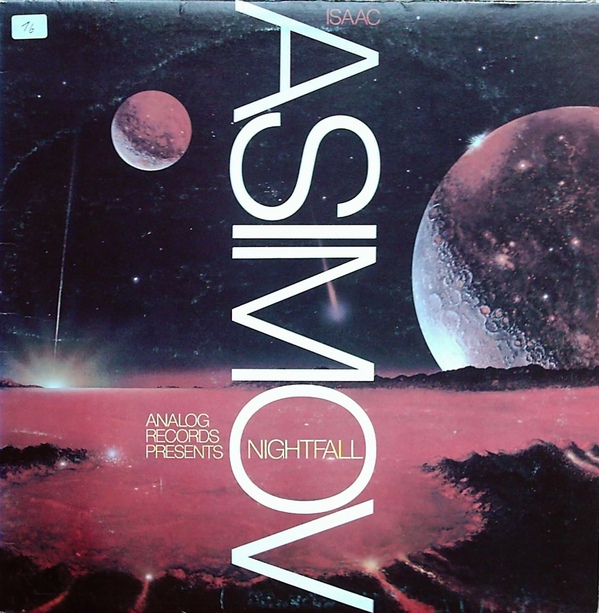 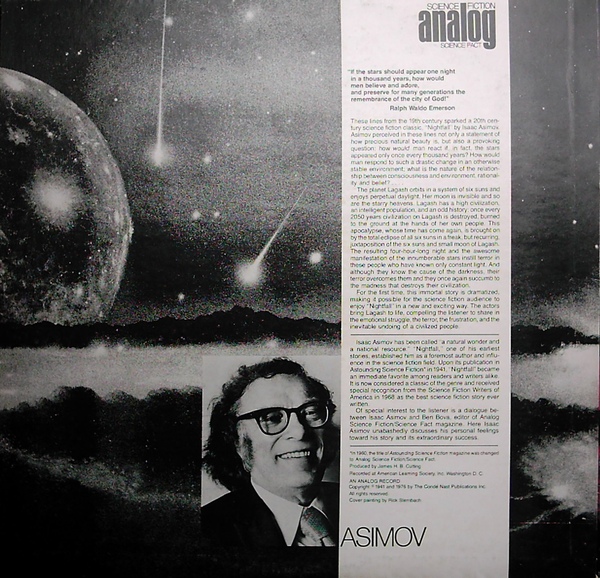 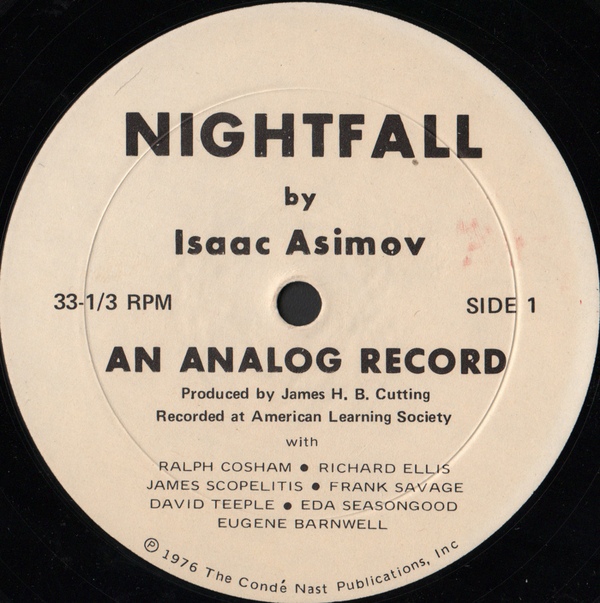 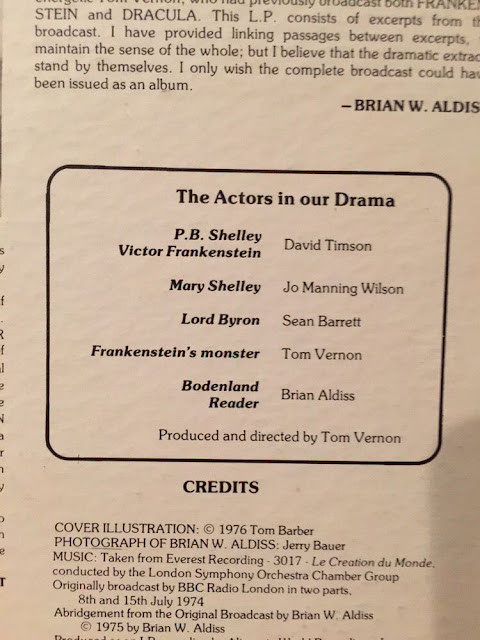 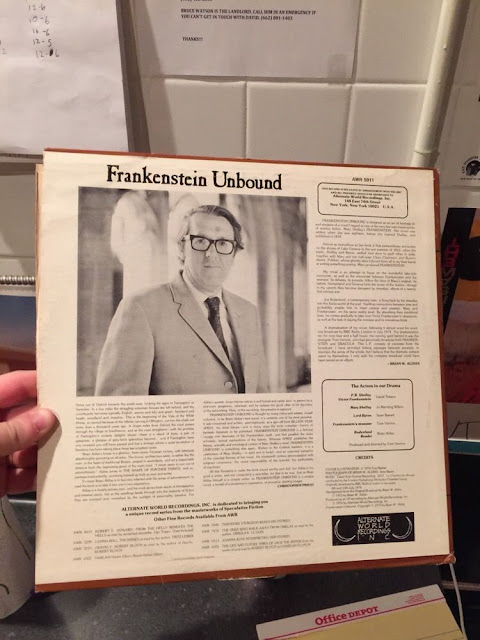 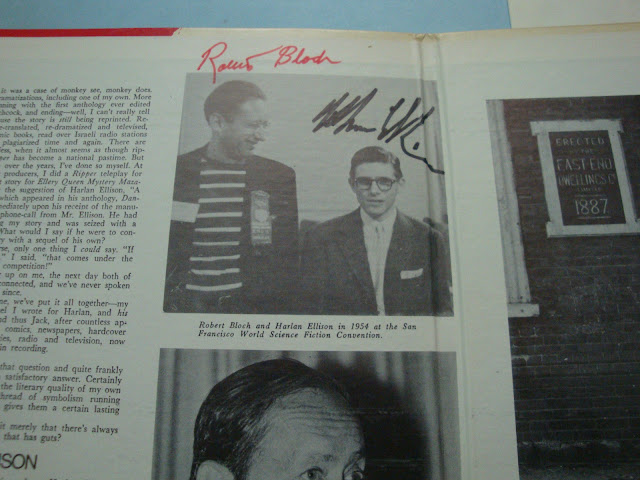 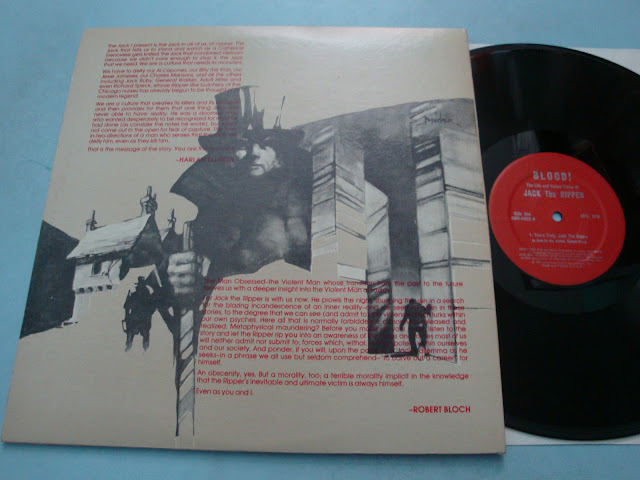 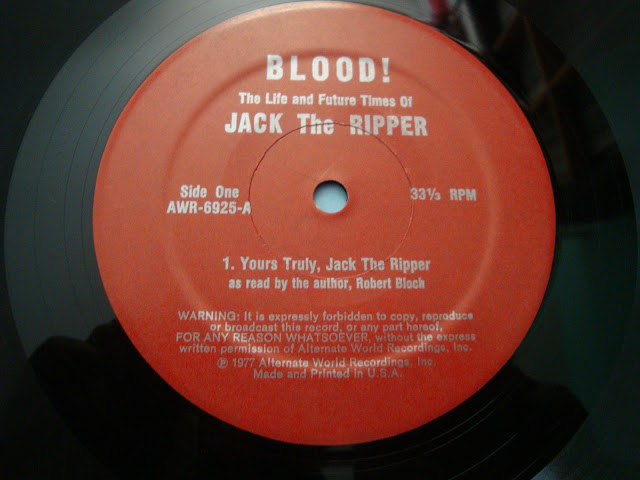 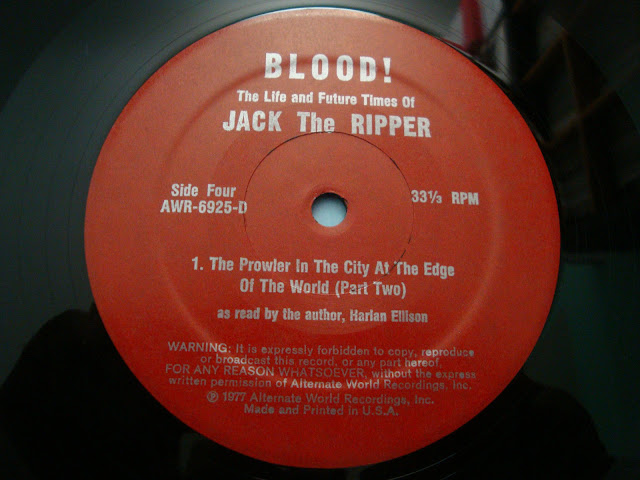 Todd, I wanted to let you know that when it comes to films - I am blank. Have nothing to write about for your Tuesday meme and I think this means I need to take a break. I just don't feel like watching anything right now. I'll be posting on books and occasionally on art, but that's about it for now. Please don't be angry - I plead general weariness and stuff going on in my 'real' life. You certainly have plenty of other bloggers posting on your popular meme, so I suspect I won't be missed at all.

You'll be missed, Yvette, but angry is the Last thing I'd be...there's nothing compulsory about these roundelays! Hope to see your A/V reviews when you are moved to write them again!

Great collection of records you've got here Todd - I do love audio!

Like Sergio, I love audio, too. The narrator has to be top-notch. I find a lot of writers are not very good narrators.

Sergio, I wish I owned these albums. Among the AWR items, I've owned a dub of HARLAN!, and have yet to hear the others (aside from Dave/Evan's sound files of the first). I've never heard NIGHTFALL (which can't be nearly as bad as the two film versions I'm aware of), nor have I heard any of the Prestige Lively Arts items beyond what I've set up links to. I'd definitely like to hear the contents of at very least most of them.

George--yes, some writers are excellent readers-aloud...and some are mediocre and some awful. Fritz Leiber, as a former professional actor, was probably pretty brilliant at it. Joanna Russ had some training in writing drama, at least, so she was probably pretty good at it too...and Norman Mailer never had any lack of confidence in his own ability to blather on at length. J. B. Priestley, as I've noted on-blog a while back, was excellent in the Spoken Arts recording of his essays from the book DELIGHT.

Others are perhaps less sterling. I liiked Sturgeon's reading of "The Fabulous Idiot" for Caedmon, but his reading of "Baby is Thres" (perhaps recorded a few years earlier) sounds a bit thin on the Library of America files. I understand Anne McCaffrey came off rather too cute in her reading for Caedmon. And then there are those readers at conventions or presentations or on record who are simply terrible...T. S. Elliot read as if he was late for a bus.

I would have liked to hear the Dorsai audio versions, too bad it never happened.

I've never heard them, but Spider Robinson was fond of Dickson's songs, as well.