FFB Redux for Anthologies week: PARTNERS IN WONDER by Harlan Ellison and collaborators; best of the year 1978 short fiction anthologies

I've had a few too many All-Night sessions of various taxing sorts over the last few months, and last night was yet another...so, as the most monotonously anthology (and fiction-magazine)-oriented of FFBers, a redux post of two of the reviews from past years that perhaps could use a few more eye tracks...sorry if you find them a bit slight or overfamiliar!  TM (Please see Patti Abbott's blog for the fresher examples from other contributors!) 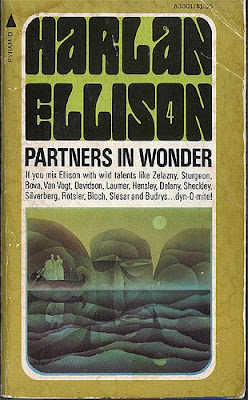 There are certain books which will change your life, though usually only very slightly. This was one of those more potent ones for me, as a young reader, which more than any other early reading experience brought home the sense of a writer's life and the community of writers. It's available as an e-book, which is the source of the link to the introduction [since removed from the web, apparently], but I read the Pyramid edition with the Leo and Diane Dillon cover design pictured here, part of the series they did of Ellison paperbacks for the publisher (some reissued by Jove after the purchase). This is almost certainly the only version of an Ellison book to be blurbed with the employment of Jimmie Walker's mid-'70s catchphrase. (The painting they did for the hardcover, below, rather better.)

For more "Forgotten" Books, please see Patti Abbott's blog, though updates will be delayed while she Shakespeares. 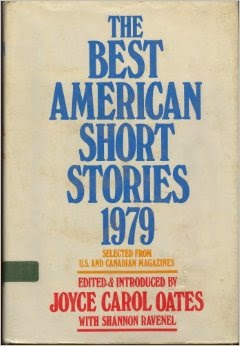 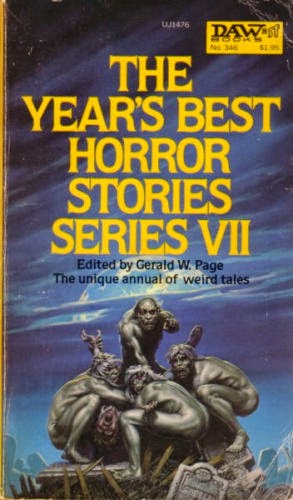 FFB: the best short stories of 1978 (the year I started reading new short fiction in earnest) as judged by the annual editors...


I picked up (either purchased or found in libraries) all these volumes (with the exception of the Pushcart item) back when, and I was fascinated not only by the contents themselves but also by the choices made among the short fiction published in 1978, a good chunk of which I'd read as it was offered in the magazines and original anthologies (though I didn't yet have access to little magazines--I read The Atlantic Monthly by year's end and looked at The New Yorker and some of the other newsstand titles). Looking at their contents now, I'm impressed, if  not universally, any more than I was back then, by the quality of the selection--it was a good year to start reading new short fiction in bulk, though it's usually if not always a good year to do so. It's rather telling that the fantasy (and horror) volumes have no overlap or shared stories, and neither do the eclectic/contemporary mimetic volumes, but the sf volumes certainly do. Also notable to me, as it was then, how certain books demonstrate, if not the desire to include Names at the cost of quality, then at least a certain kindness or nostalgia toward some of the writers...certainly Terry Carr, in the first two volumes of his fantasy annual, included two of the worst Stephen King stories I've read...at least Gerald Page and Ed Hoch selected rather better, though not Year's Best, stories from King for their books. The Stephen Donaldson story was also not up to most of the rest of the Carr fantasy selections. Lin Carter likewise could let nostalgia and desire to play up Conan and such overwhelm his annual, but Arthur Saha, who would inherit the series on his own after Carter's death, probably was already being felt in this volume in some of the more innovative choices.

Among the particularly brilliant stories (among many) I remember are Dennis Etchison's "The Pitch" (Horror), Bill Pronzini's "Strangers in the Fog" (Detective),  Fox's "Demon and Demoiselle" (Carter/Saha Fantasy), and Gregory Benford's squicky "In Alien Flesh" (several). John Varley's "The Persistence of Vision" certainly blew me (and the award voters) away in 1978 and into the next year, though even from the first reading it struck me as more fantasy than sf, and perhaps in more than one way (though Varley's sexual libertinism certainly struck a chord with 13yo me, and I'm somewhat in sympathy with that attitude still, with certain reservations).  Look at all that established and emerging talent in the Pushcart...and all the others... 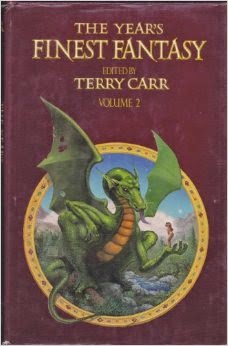 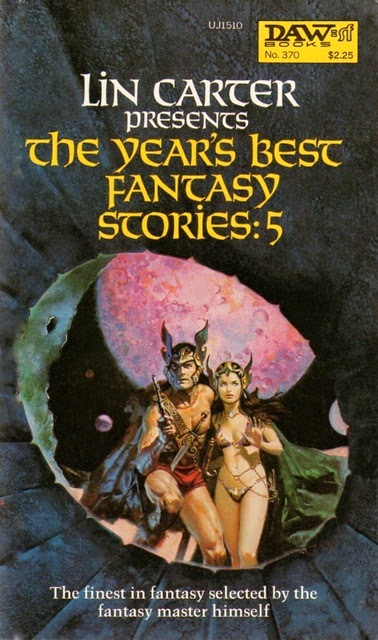 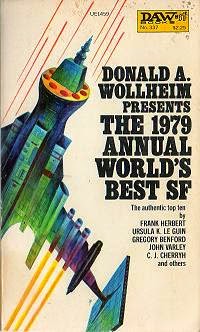 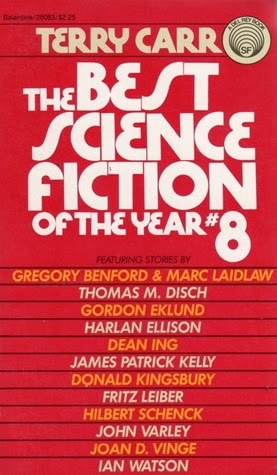 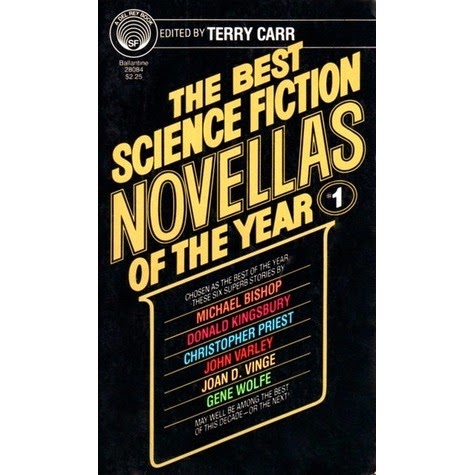 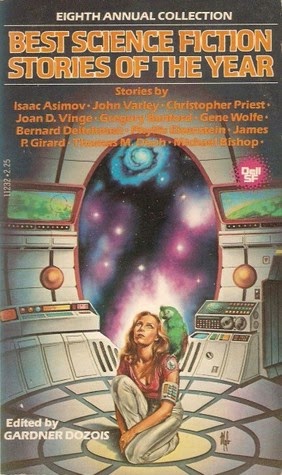 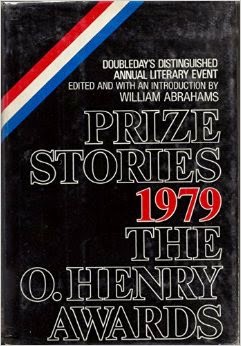 [This citation in WorldCat is annoyingly shorthanded...particularly where the writer's name isn't so obvious as with Herbert Gold or Alice Adams.]

Prize stories 1979 : the O. Henry Awards  edited and with an introduction by William Abrahams. 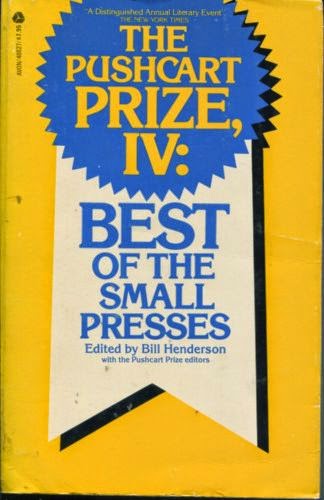 PARTNERS was my first ever Ellison sometime in the mid 1980s while I was living in Singapore - still a wonderful memory and a great book. Thanks Todd, thirty years just vanished in an instant ... :)

This was a walk down MEMORY LANE! I remember these anthologies well. PARTNERS IN WONDER is still a great collection of stories. The YEAR'S BEST anthologies started to increase in number in 1978. Today, I can't keep up with them all!

Ha, Sergio...to think I first read the book 40 years ago...about the same time I was dipping into the annuals cited here, actually a year or three earlier...has a warm glow of fond memory and a sobering splash of four decades ago...that's Not Too Many...

Indeed, George...glad to remind you of a time when you were more satisfied with the annuals...and to think we've only recently exceeded the number of extant science fiction annuals that were published in 1972 and '73, when the Wollheim, Carr, Lester Del Rey (before Dozois succeeded him at Dutton), Harry Harrison and Brian Aldiss (at Putnam/Berkley), and Forrest J Ackerman, doing the second volume at then-troubled Ace Books of the short series Frederik Pohl had started, all were offered...that, too, isn't Too Many, when we think of the current set of Dozois, Strahan, Horton, Adams, Steve Berman's gay male and (as co-editor) lesbian SF best-of series and the David Afsharirad military sf/space opera annuals...and not counting all the horror and fantasy annuals with no explicit science fiction, nor the eclectic fiction annuals with only the occasional such story...also seems odd to be down to one crime-fiction annual...we had three not too long ago...

Lordy but your library must be...how do we put it now: EEYUUUGE!

You remind me of Eeyore, a character I have been compared to in the past. "It's cumbersomely large. It will probably collapse some part of the house under its weight, no doubt burying me with it. And how are you today, Pooh?"

I had a friend with so many books it was as if he lived in a library's stacks. I think that is precisely what eventually happened to him. Good luck!

Lots of writers familiar but unread as yet. I have read random short stories from early anthologies, at least those legally available in public domain. It led to the discovery of several authors.