Unfortunately, Brian Aldiss's family have this morning confirmed his death, on Friday, his 92nd birthday. 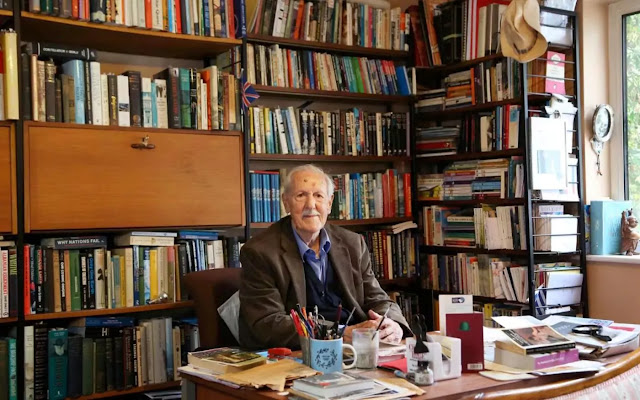 Brian Aldiss‏ @brianaldiss (Twitter)
It is with great sadness we announce the death of our beloved father & grandfather. Brian died peacefully at home on his 92nd birthday ^TA
8:00 AM - 21 Aug 2017 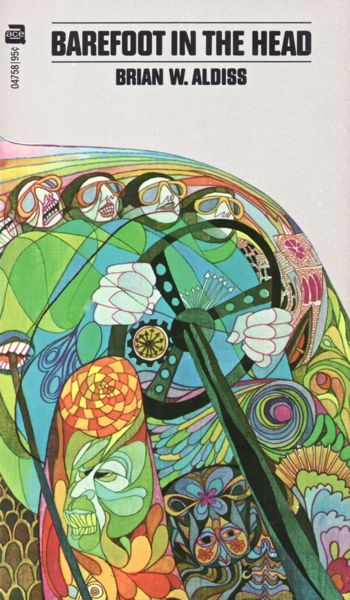 And the full statement, courtesy the Brian Aldiss Fan Page on FaceBook:

Announcement of the death of Brian Aldiss O.B.E.
It is with sadness that we announce the death of Brian Wilson Aldiss O.B.E. author, artist and poet, at his home in Oxford in the early hours of Saturday 19th August 2017, aged 92. Author of British Science Fiction classics Non-stop, Hothouse and Greybeard, Aldiss's writing spanned genres and generations, bridging the gap between classic science fiction and contemporary literature with his Helliconia Trilogy and Thomas Squire Quartet. Aldiss was also an entertaining memoirist, notably basing his Horatio Stubbs saga on his wartime adventures in Burma and the Far East, as well as the autobiography The Twinkling of an Eye.
A friend and drinking companion of Kingsley Amis and correspondent with C.S. Lewis and J.R.R. Tolkien, Aldiss was a founding member of the Groucho Club in London and a judge on the 1981 Booker Prize. Awarded the Hugo Award for Science Fiction in 1962 and the Nebula Award in 1965, Aldiss's writings were well received by the critics and earned a strong following in the United States and in Britain as well as being widely translated into foreign languages. In later years his cultured world view and enduring curiosity found expression in the novels Harm and The Finches of Mars, dealing with the contradictions of the war against terror and the logistical difficulties of accommodating different terrestrial belief systems in space.
Among his considerable body of short fiction are the ‘Supertoys’ stories, adapted for film as A.I., on which Aldiss collaborated with Stanley Kubrick for over a decade before its completion by Steven Spielberg. His novel Frankenstein Unbound was made for screen by Roger Corman.
In 2000 Brian Aldiss was awarded an Honorary Doctorate from the University of Reading and received the title of Grandmaster from the Science Fiction and Fantasy Writers of America. He was honoured by Her Majesty the Queen for services to Literature with the O.B.E. in the 2005 Birthday Honours list. 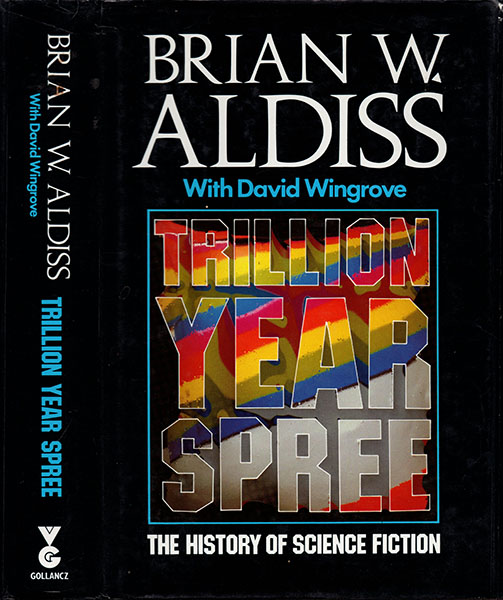 my post last night began:
'I quote to him something he wrote in 1990: “Just as the [literary] establishment is philistine about science, the bulk of the science-fiction readership is philistine about literature.” “Ha!” he cries gleefully, “offends both parties.” “Well done, Brian,” says Alison, rolling her eyes.'

--Brian Aldiss, reveling in telling what is too frequently the truth...though these days, it's more likely philistinism between contemporary-fiction writers and fantastic-fiction writers, aside from those who have frequently done both, such as Aldiss. This quotation from http://www.telegraph.co.uk/books/what-to-read/brian-aldiss-interview-much-snobbery-science-fiction/ 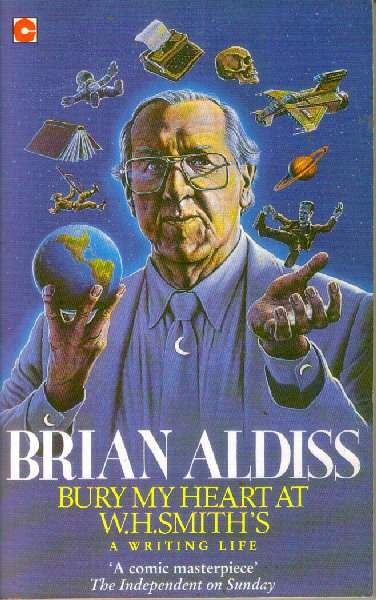 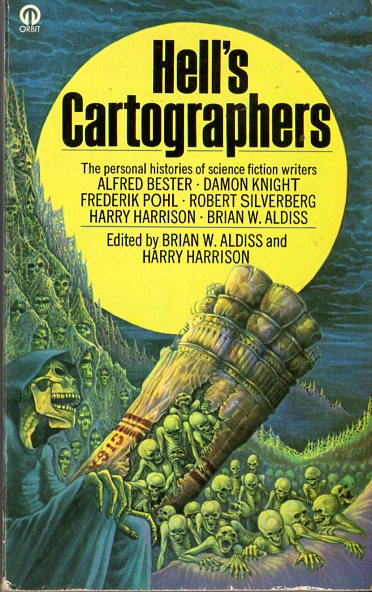 And my own thoughts about his work, from this morning on a discussion list which includes many of his friends, and simply long-term readers such as myself:
"Manuscript Found in a Police State" and "Full Sun" were my first Aldiss fictions, when I was 9yo and, with "Police State" fascinated by the concept of the hellish jail, a sort of water-wheel structure, the protagonist found himself in...probably introduced me to the concept of a police state, as well. And the reverse lycanthropy of "Full Sun" amused me. His and Harry Harrison's annual Best SF '71 was one of the first of my father's anthologies I read at about the same time, introducing me to Donald Barthelme as well as Barry N. Malzberg, Cynthia Ozick as well as Robert Sheckley, and gave me my first taste of non-cartoon Gahan Wilson...
The memoirs and critical writing joined my encounters with further fiction not long after.
Condolences to all who knew him. 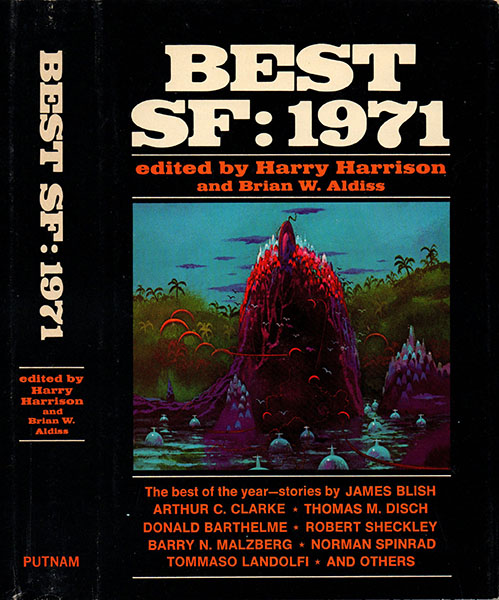 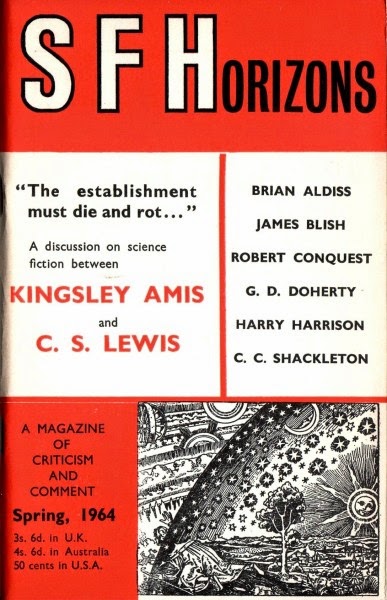 Hell's Cartographers, his anthology of memoirs 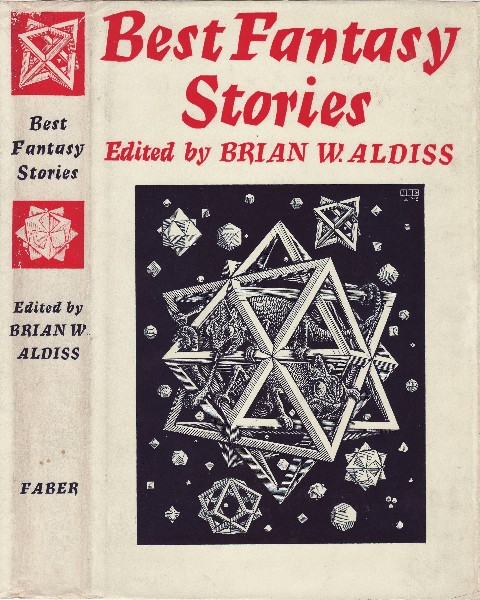 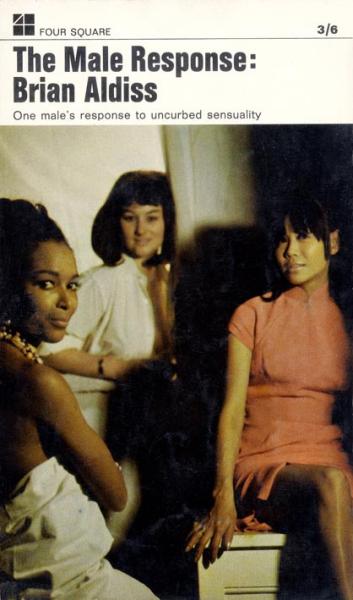 Sound like he had a good life and a good death. I have read very little of his work actually - started with BILLION YEAR SPREE (never got to TRILLION upgrade). Anthony Burgess though a lot of his LIFE IN THE WEST as I recall ...

The worst Aldiss I've read was well-written and a bit playful while po-faced goofy. The best should survive and continue to be read for quite some time. A lot more of the latter.I think you have a fair amount of interesting reading ahead of you, Sergio. Among the best entry points, so to put it, would be "Let's Be Frank"...or BURY MY HEART AT W. H. SMITH'S...or...James Blish considered BAREFOOT IN THE HEAD a suitable heir to James Joyce's most challenging work, and a more accessible way to approach similar effects and subject matter. And then there's HOTHOUSE and the HELLICONIA and other short series books...

Just ordered BURY MY HEART but my natural laziness will probably keep me away from BAREFOOT as that just sounds like too tough an entry point!