FFB: THE 1965 ANNUALS of fiction and drama, further augmented...some more... 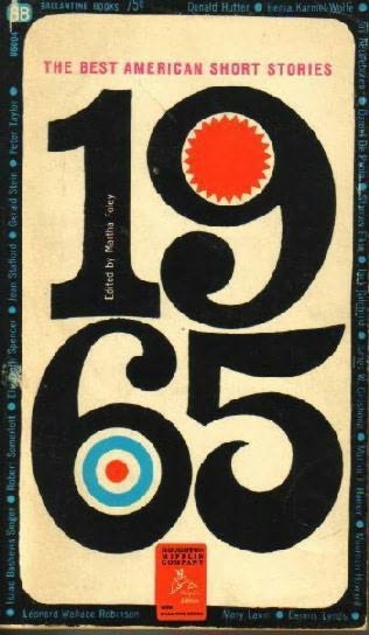 In 1965, the five best of the year fiction annuals (imagine a time where only five such series existed, one new that year, albeit a sixth was issued biennially in Australia, even then) were facing some number magic: the 50th
annual Best American Short Stories (there was also a 50th anniversary Best of the Series); the 20th annual Year's Best Detective  Stories; the 10th volume of Judith Merril's annual (the only series still being edited by its founder, aside from the new one), the first as noted from Donald Wollheim and Terry Carr; and the 45th volume of The O. Henry Awards (which lost a few volumes after the then-current editor in 1951 died unexpectedly, and Doubleday was clearly considering discontinuing the series, before eventually continuing several years later). There's number magic in regards to these volumes now, as well: they were fifty years old the year I first attempted this survey (and there was "Century of BASS" volume in 2015 along with the annual series entry); and for me there's a personal number magic, inasmuch as the stories collected in these volumes were mostly first published in the year I first emerged into the world, too: 1964. (The 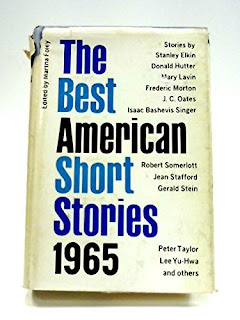 O. Henry book, as they did in those years, collects stories first published from June 1963 to June '64; the other volumes include  a few stragglers, as well, with various excuses employed.) The Foley and the Merril saw both hardcover and paperback editions; the other four prose compilations saw only one edition each (the first Ace annual didn't get a book club edition, as later volumes would; the Boucher and Poirier/Abrahams possibly did get book-club hardcovers, but no paperbacks; the publishers  of Coast to Coast had a London office and presses to to with theirs in Sydney and Melbourne; my copy of the UK edition set one back 26 shillings in '65).  I'd just become fully aware of the Aussie series, which began in the 1940s and ran at least into the '70s; as far  as I know (in December, 2021), there were no British nor other Anglophone annuals nor biannuals being published in 1965 (nor later, drawing explicitly on 1964 publications from multiple sources) but Oz's books should've come to my full attention earlier!  It's notable how the intentionally eclectic fiction anthologies will restrict themselves to writers from the US (O. Henry), North America (BASS), Australia (Coast to Coast); the other fiction anthologies attempt to be international, if not too surprisingly and rather slightly so, in most cases.
John Brunner is represented in three volumes, with the same short story. A number of the playwrights are represented by the same play between the two drama volumes. Dennis Lynds has a story in each of the Best Detective and the BASS volumes, John D. MacDonald one each in the Merril S-F (a hot-rod youth v. cops/elders horror story from Cosmopolitan) and the Best Detective, Joseph Nesvaba has different stories from his Vampires, Ltd. in both the Merril and the Wollheim/Carr SF volumes; Fritz Leiber and Thomas Disch have two stories each in the speculative fiction annuals. Joyce Carol Oates has stories, different ones in both O. Henry and BASS; Isaac Bashevis Singer has different stories, one each, in the Foley and the Merril. Peter Beagle is in the O. Henry with what I believe to be his third published short story (two of them followed his first novel, A Fine and Private Place), the impressive and straightforward fantasy "Come Lady Death", from an issue of The Atlantic.
More important measures, than the blown opportunity to write these up in detail on their golden anniversary (things were in some ways Even More trying, at least for me, in 2015, than they have been for the human species as a default of late), come to mind...these were, as all art and commerce is, products of their time, and their time was one of a number of  emerging forces in the arts and culture...newly energized liberation movements hadn't quite come to full strength, so that the remarkable lack of women contributors in comparison to the men, even in the annuals edited by women, would be a lot less likely to happen today (and certainly more would be made of it); ethnic and other diversity also only starting to be felt...the contemporary-mimetic short fiction anthologies are less imbalanced than the others, where two feature no contributions by women at all, but none are indicative of an equal access to the fields being surveyed. And the barriers between "high" and "low" and Dwight Macdonald's "midcult" culture, never terribly robust, were crumbling in every way, as is positively indicated by the contents here, albeit it did mean that slight work is as likely to be showcased along with the more lasting--as in previous volumes in these series or the later volumes...just perhaps in later volumes with a slightly less gleeful sense of artificial restrictions being breached in both the magazines and other sources (very much including theaters, obviously) consulted and the range of sources being consulted by each of the sets of editors. Abrahams, particularly, in his introduction to the O. Henry volume, can almost be heard to be shaking his head in wonder at how fiction writers do not attempt to change their tone nor approach when writing for Partisan Review or The Ladies Home Journal...perhaps, unfortunately, part of what led the publishers to eventually see fiction as dispensable in the large-circulation magazines. 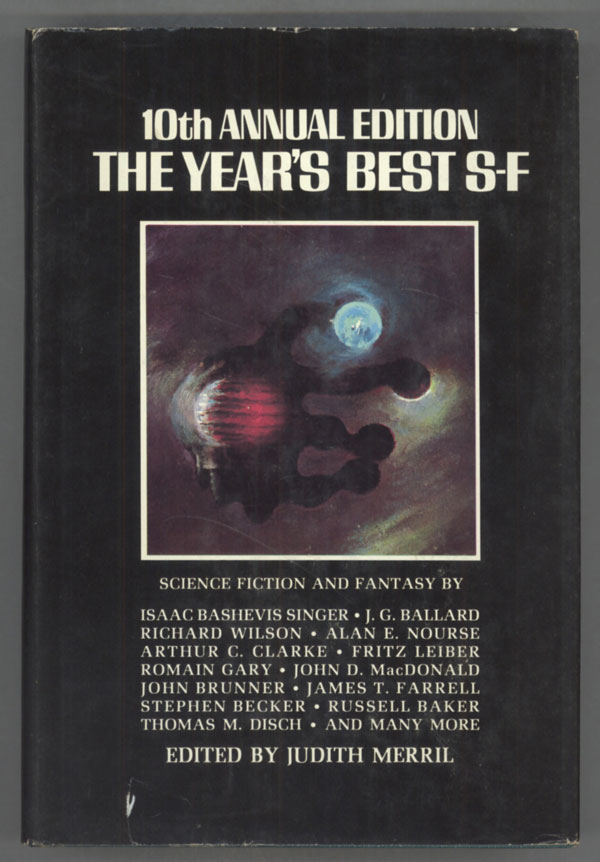 Meanwhile, the fiction annuals, which had had as accompaniment a humor annual for three volumes at the turn of the 1950s, and would soon after 1965 see the advent of Best Magazine Article and Best Political Cartoon annuals in the US, did have a yearbook cousin in The Best Plays annual, which underwent its own major change in 1965, when founding editor Burns Mantle was succeeded by Owen Guernsey, who would edit or co-edit the series for some decades. My memory of looking at some of the 1970s volumes was hazier than I thought, as I'd remembered the volumes reprinting the entirety of the selected plays, when actually they instead featured synopses of and excerpts from the scripts, with the first-time exception in the 1965 volume (the 48th), perhaps because of a book contract elsewhere for Neil Simon, of an extensive photo sequence instead,  representing The Odd Couple...with Art Carney playing Felix along with Walter Matthau as Oscar.

Then I finally stumbled across the not-quite-annual volume, edited by John Gassner in its early issues, which with its delayed 1963-67 volume did collect the notable plays of 1964 and thereabouts in their entirety...a book delayed by Gassner's death, as he was preparing the final selections, and finally published in 1971, with new editor Clive Barnes's headnotes, introductions, and tweaking of the content for purposes of both representation and lack of reprint rights availability (and Barnes's not always flattering descriptions of the items included and those which got away are refreshingly earnest, if not always supportive of the notion of a Best-Of so much as Representation-Of anthology). Barnes would continue with even more widely-spaced volumes into the next decades. 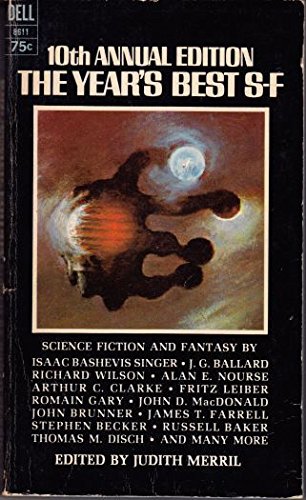 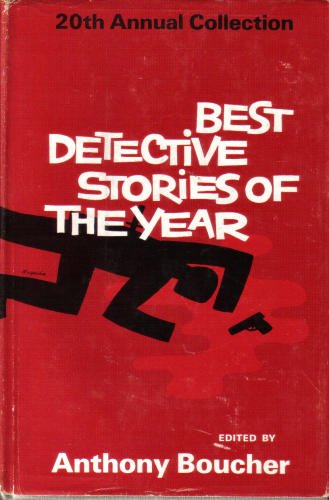 Fuller reviews of these books will be forthcoming soon, as I get further along in each (I'm reading or rereading each more or less together, and these are not slender volumes!), and I had hoped, when first posting this in 2015, to present an interview with Kit Reed (who died in 2017), among much else the author of the lead-off story in the Merril volume, "Automatic Tiger"...perhaps the story which got her the most early attention in fantasy and sf circles (and her career was one rather gracefully devoted to fantastic fiction, crime fiction and contemporary-mimetic fiction in nearly equal measure).  Meanwhile, along with introducing/presenting the only image online I'm aware of the Best Plays volume's cover (with a gracious assist from Alice Chang)(my copy deaccessioned from the Belfast, Eire public library, of all places), I will at least provide some preliminary indices...and perhaps even a few more comments over the course of the day.  (I will note that Flannery O'Connor's lead-off story in the O. Henry volume, "Revelation," was offered the "first prize" in this volume, I suspect, more as memorial for her than as measured judgement of this story, not, I'd suggest, one of the best she'd published, though solid work.)

Indices courtesy William Contento/Galactic Central
and WorldCat with a few corrections and added bells and whistles (and ghosts of layout imports into ever-clunky Blogspot). 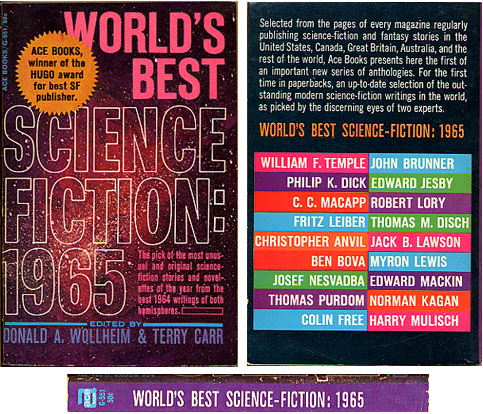 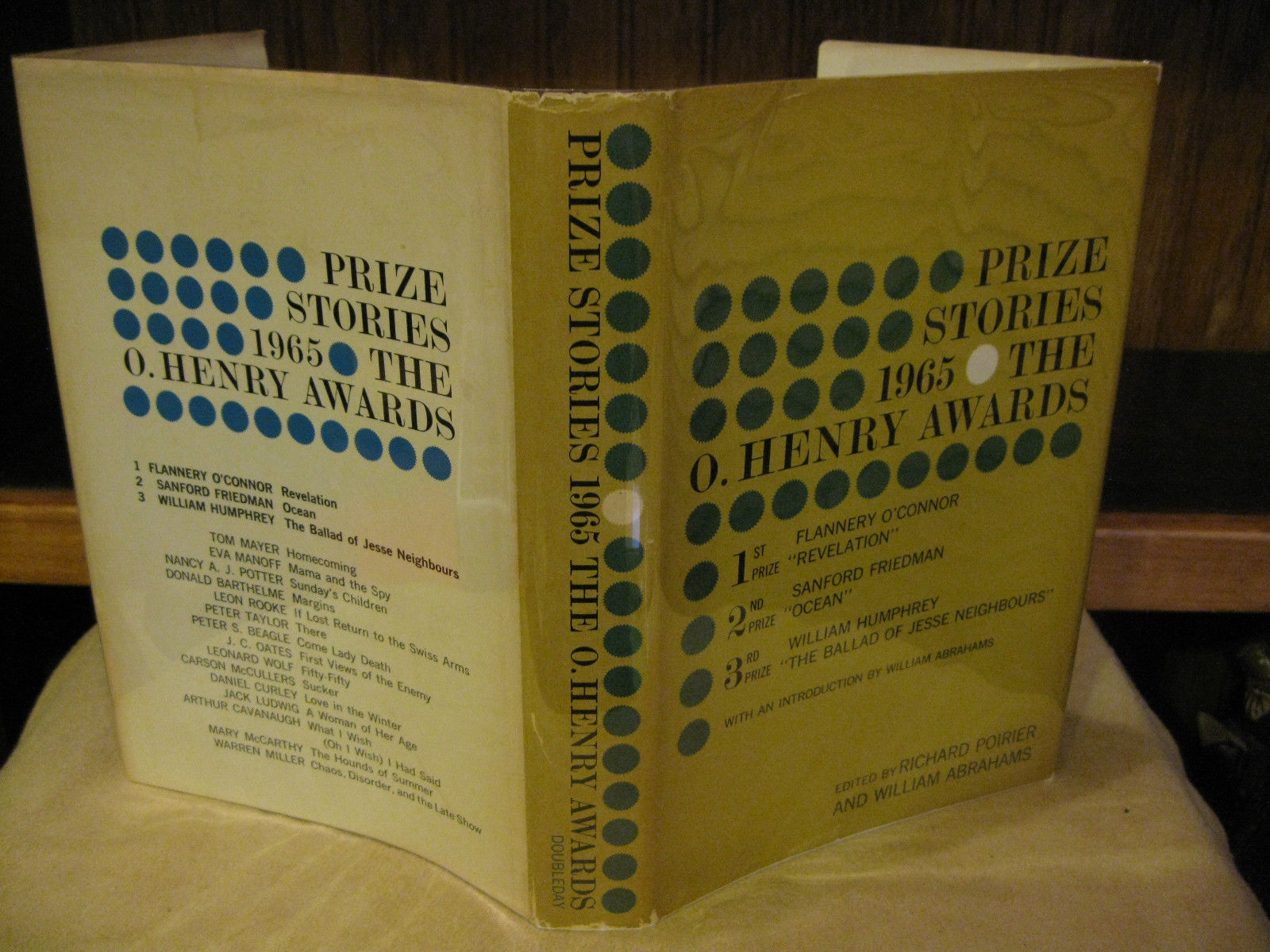 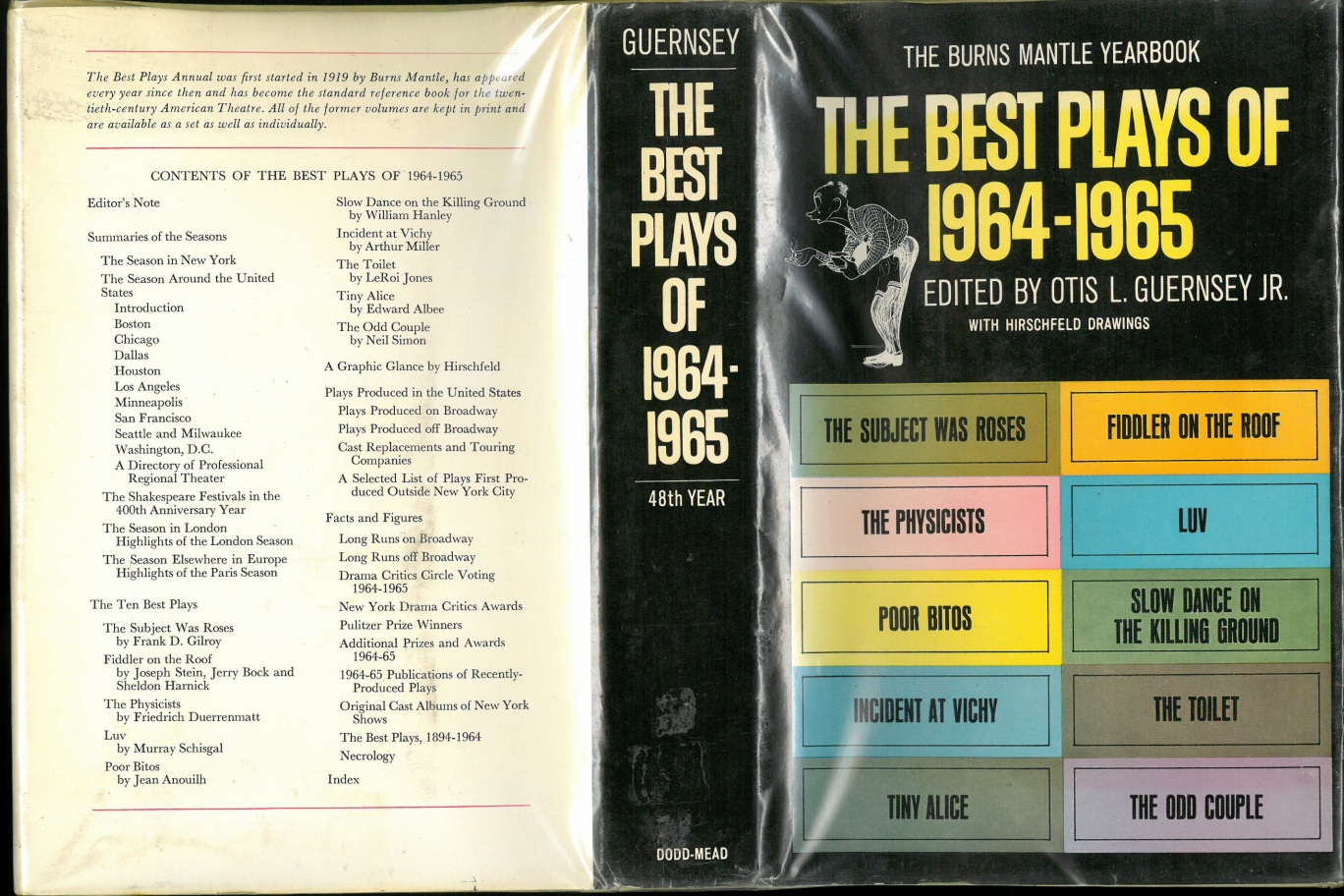 And, in 2001, a latecomer chose to join this company, in the form of Robert Silverberg and Martin H. Greenberg's one-volume continuation of the Great SF Stories series Greenberg had been editing with Isaac Asimov...the last Asimov volume, finished up as Asimov lay dying, also treated with stories from the year 1963, meant to be the last in that series from DAW Books since DAW's own first annual, the World's Best SF cited above, began in '65 choosing among 1964 publication. But Silverberg, Greenberg and NESFA Press were all game, and gave a revival a shot...apparently to little response, critically or commercially, in the wake of the 11 September attacks and whatever else drew attention away.  Eppur si muove. 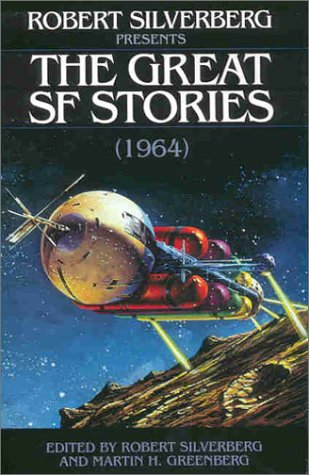 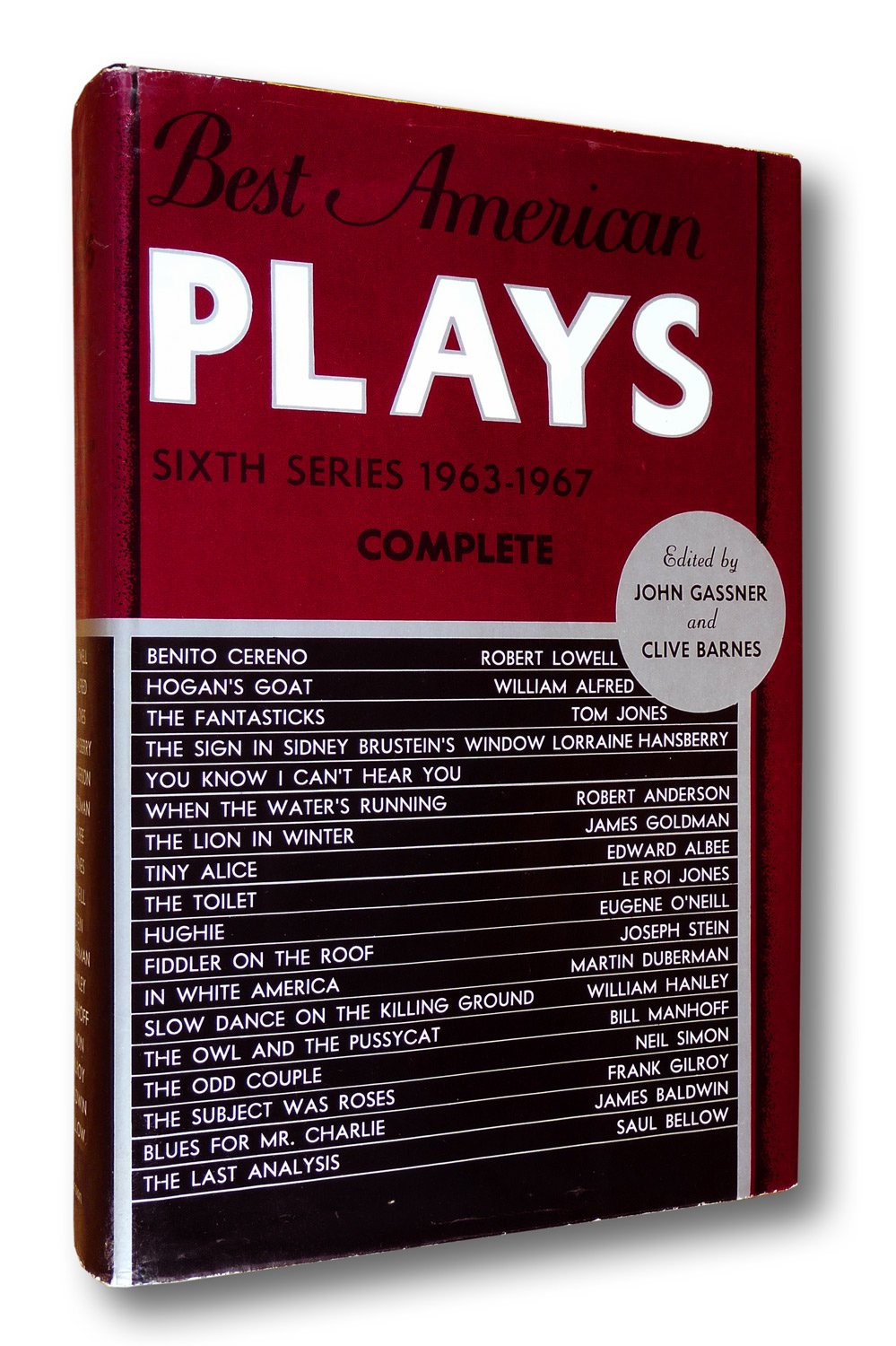 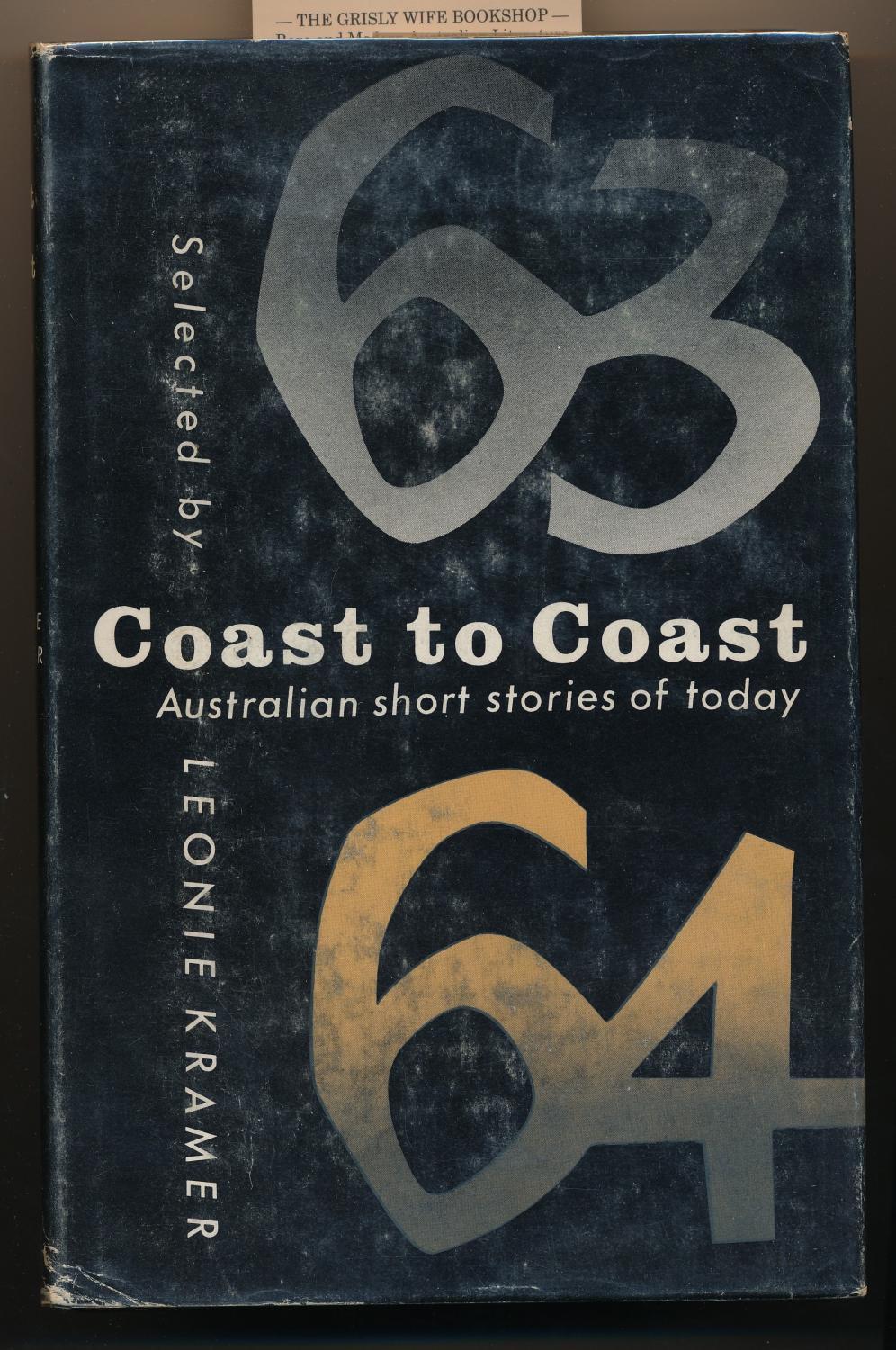 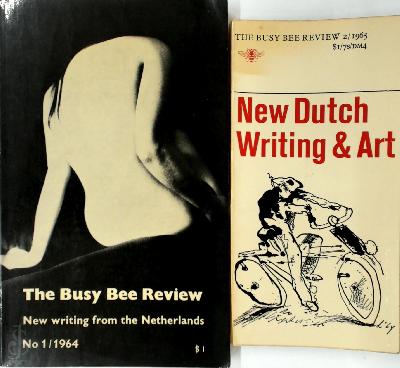 The Great SF Stories: 1964 ed. Robert Silverberg & Martin H. Greenberg (NESFA Press 1-886778-21-3, Jan 2002, $25.00, 395pp, hc, cover by Eddie Jones) Anthology of 15 stories first published in 1964, a continuation of the series originally edited by Isaac Asimov and Greenberg. Authors include Norman Spinrad, Poul Anderson, and John Brunner. Foreword and introduction by Silverberg, who discusses why he decided to do the anthology, and the state of the US and science fiction in 1964. Order from NESFA Press, PO Box 809, Framingham MA 01701; [www.nesfapress.com].

Already not much of a fan of the Merril annual by 1965? Or the Boucher annual?

I read all the Merril SF annuals. She made some "interesting" choices. Over the years, I've collected the Boucher BEST OF books (but I haven't read more than a couple of them). The ACE YEAR'S BEST SF series represented the authors I was reading back then so of course I loved them.

Later, I preferred Terry Carr's YEAR'S BEST SF series over all the others.