FFB: MY LIFE AS A CARTOONIST by Harvey Kurtzman as told to Howard Zimmerman (Pocket/Minstrel 1988) 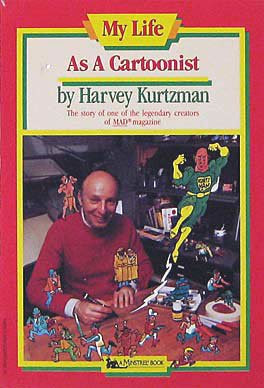 Harvey Kurtzman, of course, is best remembered as the founding editor of Mad comics, and magazine that made a point of not being a standard comic book in the aftermath of anti-comics activism (to put it mildly) in the early-mid 1950s (mostly focused on horror and crime comics, and Mad's publisher EC was one of the leaders in the horror field, at least)(the ferocity of the anti-horror comics backlash was so strong that historian Les Daniels credits it with helping kill the original run of Weird Tales, a fiction rather than comics magazine, in 1954, which had been struggling particularly in its last few years as a digest-sized magazine). And this is his only book-length memoir to be published, as a book for YA readers (Marijane Meaker being the only other creator of work for young readers and adults whose YA autobiography, Me Me Me Me Me: Not a Novel, was the only one I was aware of without any adult counterpart, and indeed the only one written, for some years, but she eventually followed up with the rather focused Highsmith: A Romance of the 1950s). Howard Zimmerman conducted and edited a series of interviews into the prose text of this book, and the deal was packaged by Byron Preiss.

So, while the more adult aspects of Kurtzman's life and career are glossed over (to the extent that citations of Hugh Hefner's support of Kurtzman's post-Mad magazines, as publisher of Trump and less-invested benefactor to Humbug!, make no mention of Hefner's name nor Playboy, and no reference is made to the long-running Playboy strip, with Will Elder,  "Little Annie Fanny"), Kurtzman does give, along the way, bits of instruction on how to cartoon, and advice to the kids on how to draw and what to consider in seeking to make a career in commercial art. (He does risk mentioning writing and cartooning for Esquire.) And there's a reasonably generous selection of Kurtzman's first notable contributions to professional comics, the humorous one-page strip-series "Hey, Look!" that appeared in the Timely Comics magazines edited by Stan Lee, before the line would be redubbed Marvel Comics. The book is digest-sized, and all the interiors are in black and white on relatively low-quality paper, so the reproduction is just Acceptable but nice to have, and along with the "Hey, Look!"s there are less copious samples of work from all of Kurtzman's magazines, including EC's 1950s war comics and  the 1960-65 project Help!, the two volumes of the 1980s Bantam Books/Preiss-packaged YA anthology series Nuts!, and a complete (if black and white) reprint of a 1950 humorous western story, "Pot-Shot Pete".

It's to be regretted that a fuller account, aimed at adults, hasn't been assembled, nor was attempted, even given a few impressive biographies have been offered, but this book is a useful gloss on Kurtzman's life and career, and does touch on a few items, such as Nuts!, or the annual produced by his students for several years, kar*tunz, which are given even less mention in the other references I've read about HK. At the bottom of most of the pages, one can see an animated excerpt of one of Kurtzman's segments for Sesame Street, when flipped correctly... 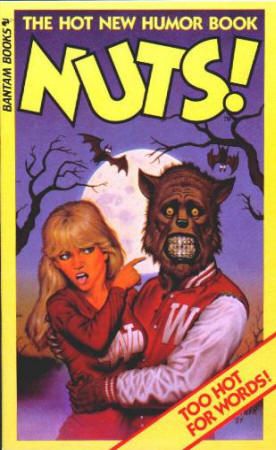 Below, assistant editor Gloria Steinem writing for Help! magazine, a couple of years before her famous Playboy Club "bunny" piece. Steinem was succeeded as assistant editor by Terry Gilliam, before his emigration to the UK and hooking up with the Monty Python crew. 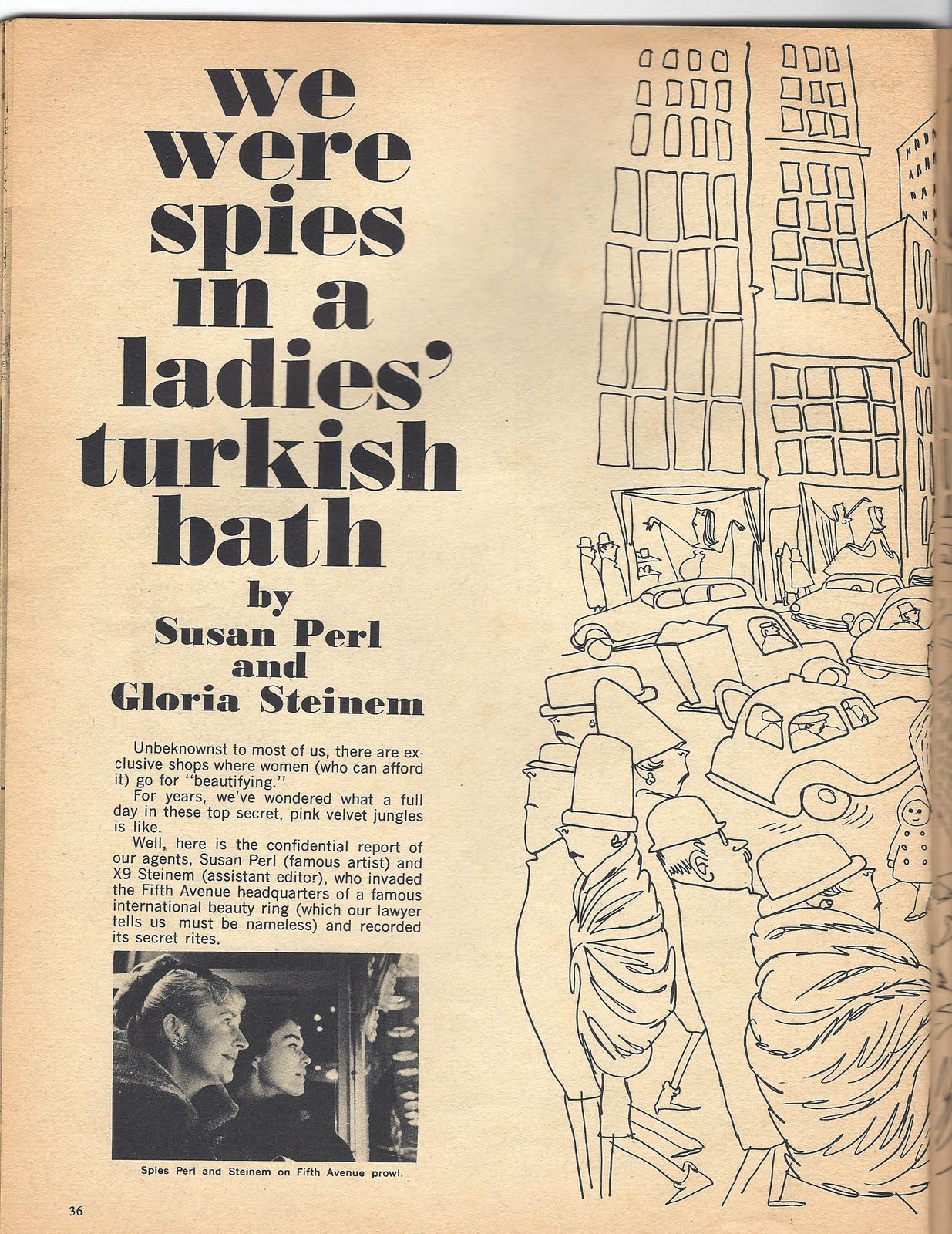 Front and back cover of Nuts 2 and the table of contents: 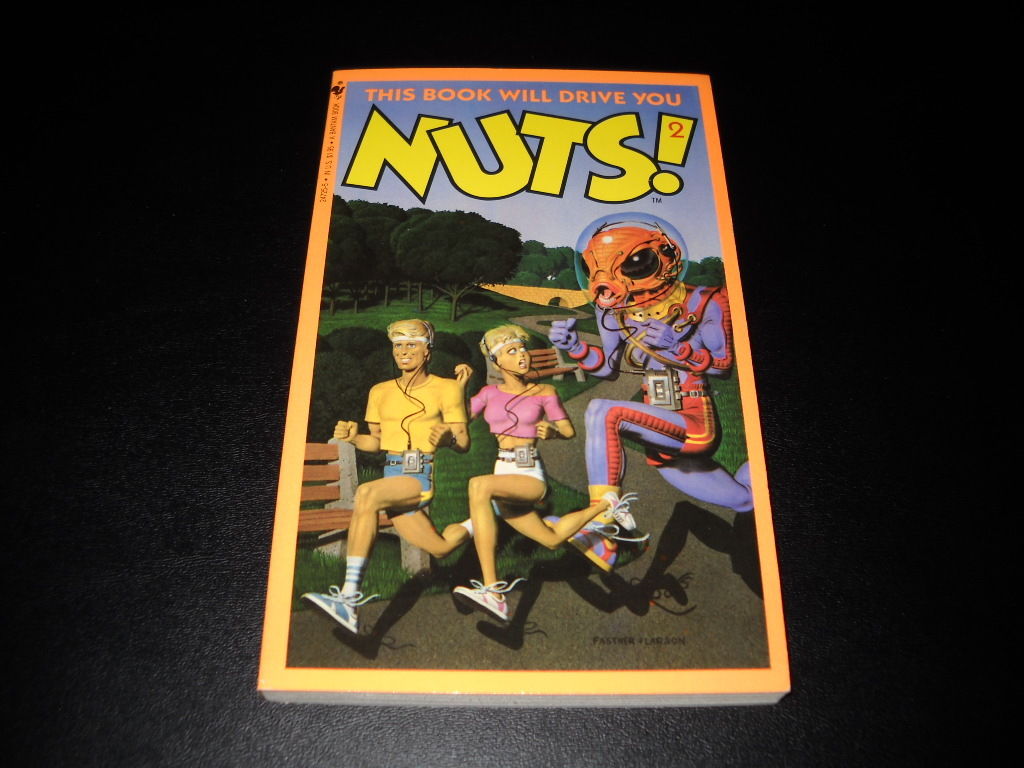 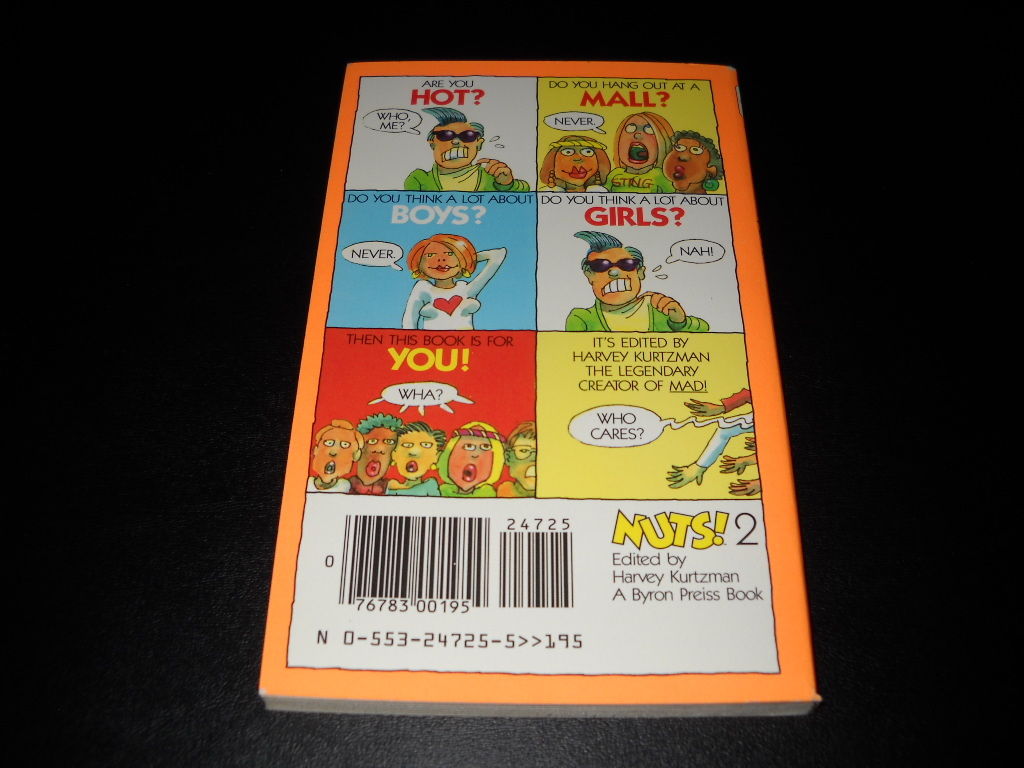 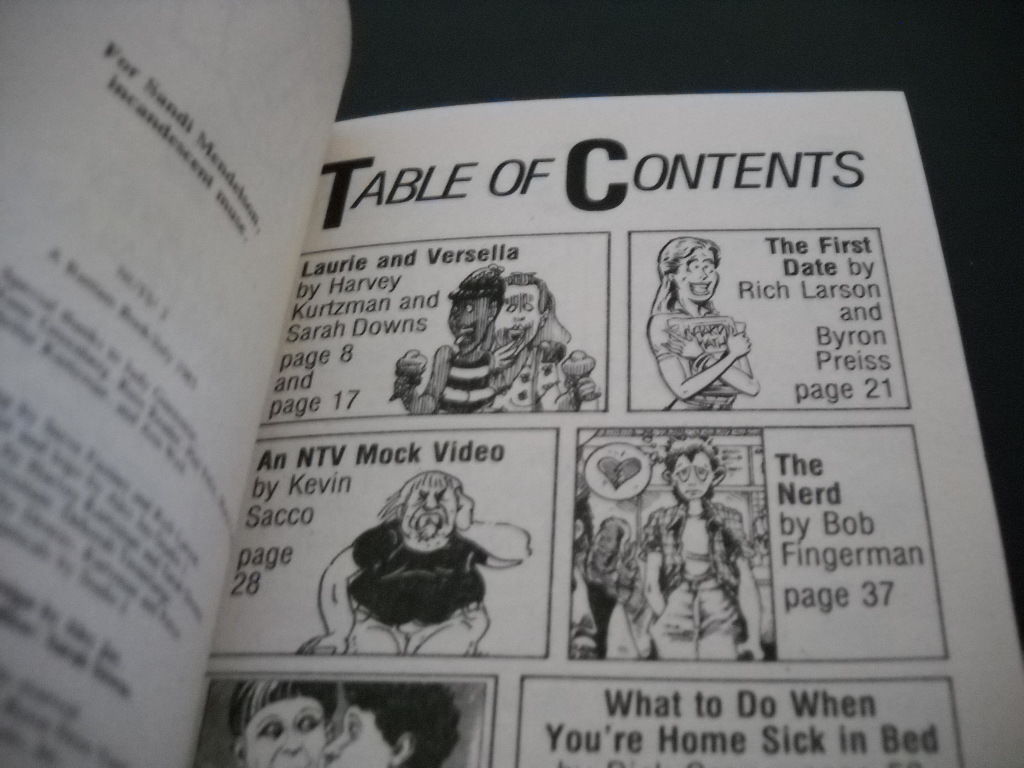 I was a loyal reader of MAD from the Sixties into the Seventies. Then, things just go too silly and I drifted away. I'll have to track down a copy of MY LIFE AS A CARTOONIST.

In the early-mid '70s, it even picked up a bit, got a bit sharper (Watergate, among other aspects of the times, was a goad, I think), but by the end of the '70s, I gave up reading it as well, and never have returned to it on any regular basis.

I hadn't fully realized till fairly recently how key MAD editor/writer in the '70s and '80s Dick DeBartolo was to the more humorous game shows of the period, notably MATCH GAME.

What, me worry? I want to read this one!

Easily available on the second-hand market! I wonder if I'd enjoy NUTS at all...

Hi Todd! Like George, I was a loyal reader of M.A.D. too in the eighties, at least as many of the secondhand comics I could lay my hands on. I haven't read one since then, though I occasionally read about M.A.D. and Harvey Kurtzman online. I remember liking the black-and-white comic strips that ran from one end to the other across facing pages. I wonder if that kind of layout set a trend.

Even though the typography looks like it might suggest initials, the title of the magazine is simply Mad, Prashant Mad wasn't the first nor last to treat two pages across as one surface, but it's usually a little confusing unless something makes it plain that the layout is using that format...board-game parodies and the like come to mind....

It was the only comic-book I read with that layout, not counting gatefolds and double-spreads in Indian magazines. You're right, it certainly seemed as if MAD had initials.