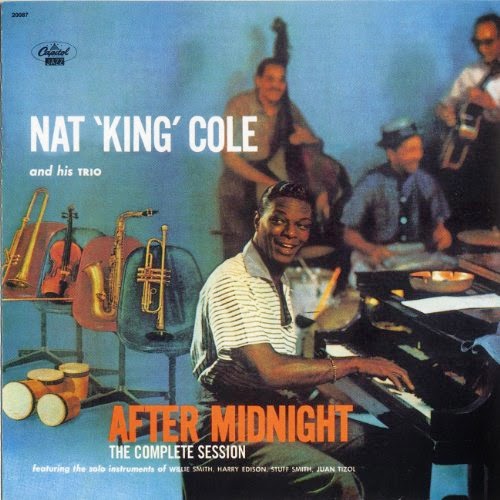 David Cramner: The Carter Family: "Buddies in the Saddle"

Carmen McRae and Brubeck, Morello & Wright: "Ode to a Cowboy"

You stated my topic very well, Todd. You can always count on me to bring things down to the lowest common denominator. :)

Or, perhaps, Brian, simply isolating the center of gravity...

That Monk - Mulligan piece is an odd thing, isn't it?

As I undertand it, Riverside wanted to record the then-current Monk/Coltrane quartet, but Atlantic wouldn't let Coltrane do so (he was under contract with them). Monk and Mulligan were neighbors and friends, so Mulligan offered to do the session, and a double-lp set of recordings resulted...one I've had since the two-fer was released by Milestone after they were absorbed by Fantasy Records...I've always liked the record. I think they work well together, particularly given how little time this version of the quartet got to sit in together...basically, they worked up arrangements in the studio, iirc. And, of course, like the other videos, I thought of the "essence" of West Coast jazz, Mulligan, mixing with Monk on that particular piece as being somewhat relevant to Ron and his tastes.