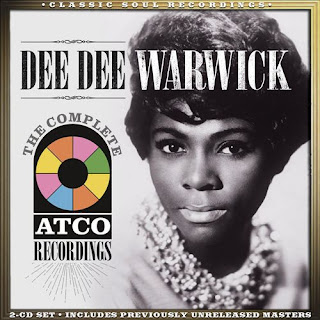 The monthly assembly of undervalued and often nearly "lost" music, or simply music the blogger in question wants to remind you reader/listeners of...
Happy New Year!

A cleaner copy of the video with more songs from the show...


Paul Brazill: A Song for Saturday

George Kelly: Van Morrison: His Band and the Street Choir

Kate Laity: Song for a Saturday (and "Auld Lang Syne")

Jane Wiedlin Band featuring Billy Zoom: "Where We Can Go"


Evan Lewis: Roy Rogers and the Sons of the Pioneers

Todd Mason: Some Jazz Drummers and Their Bands

Dan Brubeck Quartet: Medley of compositions by Dave and Iola Brubeck and co.

Charlie Ricci: Raul Malo; A Jolly Christmas from Frank Sinatra; Yellowjackets: Peace Round; The Rock and Roll Hall of Fame

Do you give out your email addy? You have mine, right?

Thanks for bringing Dee Dee Warwick to my attention. I had thought Betty Everett's version of "You're No Good" was the original version, but I'm clearly mistaken. Everett's version was the b-side to her big hit "The Shoop Shoop Song (It's In His Kiss)."

Thanks, Mathew! Yes, we've corresponded...and mine is no secret.

HNY, Brian...yeah, DDW's digs in just a little harder than Everett's, though the latter was more cleanly recorded. Both better than Ronstadt's, though that one isn't the kind of sad cover that, say, the Captain and Tenille's "Shop Around" is in comparison with Miracles'...


We have via gmail, but I don't think I have a direct address, which I figure is the best way to send you the links. No FFB today? I have limited access to the Net...

Can you send it to my Hotmail addy? Gmail is messing with me today. mattpaust@hotmail.com