Friday's "Forgotten" Books; the links to the reviews: 26 February 2016

This week's links to the books reviewed, cited or otherwise dealt with below, in the weekly roundelay sponsored by Patricia Abbott, continental wanderer particularly in cold months. Patti will be hosting again next week.

Frank Babics: "Murder in the Dark" by Hugh Pentecost

Yvette Banek: 2015 in books and reviews

Bill Crider: The Doctor's Son by John O'Hara; If: Worlds of Science Fiction: every issue online

Scott A. Cupp: Carter and Lovecraft by Jonathan L. Howard

Ed Gorman: Down There by David Goodis

"John Grant": Album Leaf (aka The Spider in the Cup) by Marjorie Bowen (originally published as by "Joseph Shearing")

George Kelley: The Best of the Best, Volume 2: 20 Years of the Best Short Science Fiction Novels edited by Gardner Dozois (see also under Bill Pronzini, below)

Margot Kinberg: The Lying Down Room by Anna Jaquiery

B. V. Lawson: The Labours of Hercules by Agatha Christie

Steve Lewis: The Treasure at Loatani Point by Riall W. Nolan; Death on the Rocks by John B. West; My Life is Done by Sara Woods

Rod Lott: Jaws 2: The Making of a Sequel by Louis R. Pisano and Michael A. Smith 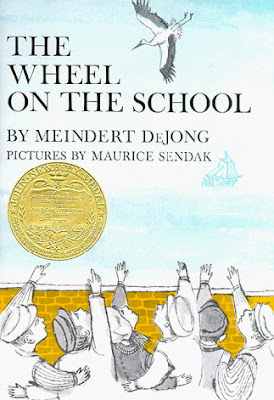 Carol Matic: The Wheel on the School by Miendert DeJong

Jeff Meyerson: Even the Wicked and Murder in the Navy by "Richard Marsten" (Evan Hunter)

John F. Norris: She Who Was No More by Pierre Boileau and Thomas Narcejac (translation by Geoffrey Sainsbury)

Mathew Paust: Faces of the Gone by Brad Parks

Gerard Saylor: The Order of the Forge by Victor Gischler and Tazio Betin

Steve Scott: The Good Old Stuff by John D. MacDonald (and the stories as first published)

"TomCat": The Witness on the Roof by Annie Hayes

Bonus citations:
2009 saw two rather clangorous anniversaries: the 60th anniversary of the founding of The Magazine of Fantasy and Science Fiction, and the half-century anniversary of the first broadcast of The Twilight Zone, which among other effects had inspired a magazine that offered a lot of good fiction and more in its run from 1981-1989; it also had a companion magazine, Night Cry, for a few years. F&SF editor and publisher Gordon Van Gelder and TZ magazine co-publisher, and widow of Rod Serling, Carol Serling decided to put together impressive,  fat anthologies, his a retrospective on what his magazine had published, hers an anthology of new stories inspired by the series in some manner, that I've been meaning to review for some years, but haven't gotten around to reading...just dug them out from the stacks as I pack up my old apartment. But this won't stop me from making a few comments...perhaps it's also notable that both anthologies would have direct sequels, as they presumably did well enough and there was always room for more gems from the one magazine, and contributions to the issues of the other we weren't ever to see published (TZ the magazine was an OMNI-like gamble, on the part of Montcalm Publishing, most notable previously for the Penthouse competitor skin magazine Gallery, on publishing a magazine that touched on the fantasticated beyond solely sexual fantasy). 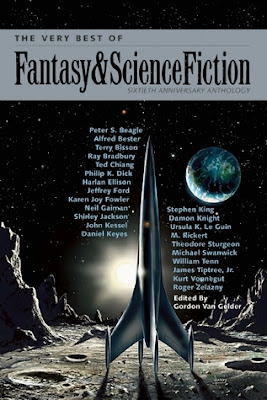 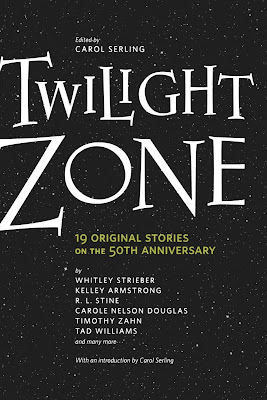 The first thing I'd note about the F&SF anthology is the mostly very sapient choices of stories...whether the almost necessary ones ("All Summer in a Day" from Bradbury, "Harrison Bergeron" from Vonnegut, "One Ordinary Day" from Shirley Jackson, and of course "Flowers for Algernon" from Keyes), but also such less compelled choices as "The Deathbird" from Ellison and "I See You" from Knight...and opting for a Zelazny other than "A Rose for Ecclesiastes"; the only real clunker in the bunch, I'd suggest, is "The Gunslinger" by Stephen King, which struck me on first reading as perhaps the worst story I'd read so far or at least certainly the worst by King (who had already come close at least a couple of times, as with "The Cat from Hell").  What I note about the TZ selection is that many of the best and most interesting (or even sustainedly commercial) writers are left off the front cover, which seems odd...and the only genuinely bad writer of the bunch, at least in my experience, is Whitley Strieber (even if I've yet to read a completely successful prose fiction by Rod Serling himself, either, as opposed to decent work in prose by his brother Robert)...but I'll have to get back to you to say whether the Karen Joy Fowler or Joe R. Lansdale stories are items they'll be remembered for. 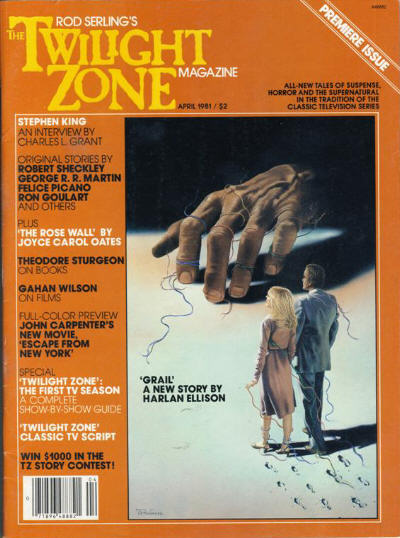 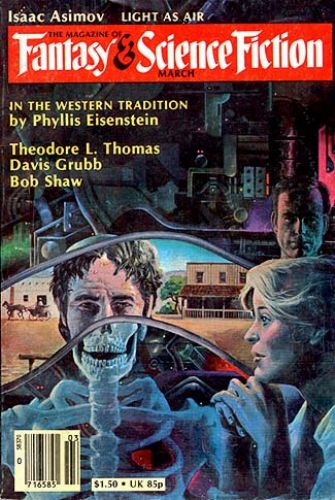 Todd – My FFB post of James Ellroy’s PERFIDIA is up at:
http://elginbleecker.blogspot.com/2016/02/ffb-perfidia-by-james-ellroy.html
Thanks.

Thanks, Elgin...definitely looking for anyone who didn't publish a review the previous week...

Thanks for the egreat hosting Todd - and darn if I don;lt in fact remember some pf those edition of the Twilight Zone mags - ha!

Twilight Zone the magazine had good distribution--Montcalm wasn't a titan in the magazine industry, nor quite as big as Guccione's company, but had some money and clout (and Gallery published some impressive fiction in the '70s particularly)--and emotionally for me and some others, it took the newsstand place in the heart to some extent that had been recently vacated by the folding of Fantastic into Amazing...and when TZ went away, Realms of Fantasy came along for a decade and a half a few years later. (And TZ shared with OMNI an annoying openness to "fringe science" "nonfiction" articles and some puffery in A/V articles beyond Gahan Wilson's column.)

I just finished listening to PERFIDIA myself. Now I am only three books behind on my notes.

Todd – Thanks for compiling the list and for including the cover of SHOOT THE PIANO PLAYER. The photo on it reminded me of that sexy scene when Michele Mercier sheds her dress and hops in bed with Charles Aznavour.

Gerard, cool...Elgin looks forward to your comments, I'm sure.

Elgin--Grove Press was hoping that would catch your eye...even given it's a French film, odd that it would fall to Grove/Black Cat to do the film tie-in edition.

Thanks Todd - also, I guess TZ was a mag that got a bit further maybe in terms of the place I frequented while growing up in Singapore and then when at University in London - great memories.

Todd, Thanks for putting these links together and thanks for including mine.

Sergio--TZ the series presumably made quite an impression in both Singapore (I'm not sure I knew you grew up there) and the UK, to make the magazine's import so welcome...not at all surprising in Singapore, where the series' metaphorical coding probably struck a chord...

Tracy--Not at all, and thanks for contributing...having read more than half the stories before the book was published, I can assure you it's an excellent introduction to the magazine and its back issues...lack of Robert Bloch, Kate Wilhelm and particularly Avram Davidson stories are among its (almost) forgivable flaws...Margaret St. Clair and Manly Wade Wellman...one can go on, but it's a fat book already, and one of many drawn from the magazine's pages.