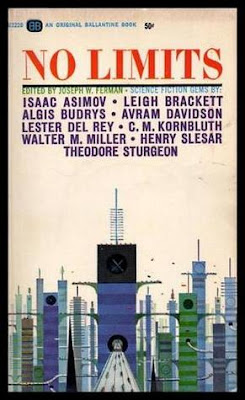 August 1964...aside from your servant, two other and more immediately impressive creations were introduced to a largely indifferent world. From Ballantine Books, an original publication collecting short stories, a novelet or three and a novella from the magazine Venture Science Fiction, which had published nine issues in 1957-58, before being formally merged with its elder sibling, The Magazine of Fantasy and Science Fiction (which Mills became the editor of, as founding editor Anthony Boucher moved on; Mills had been assisting at F&SF, Ellery Queen's Mystery Magazine, and the other Mercury crime-fiction magazines; after publishing Daniel Keyes's "Flowers for Algernon" and much else at F&SF as editor, he moved on to become one of the more important literary agents of his time). From Northwestern University, issue #1 of a newly reformulated little magazine, TriQuarterly, which in its initial series, beginning in 1958, had essentially been a campus-bound magazine devoted to student and faculty contributions; Charles Newman, who had come to Northwestern as a professor in '63, wanted to make a more sophisticated and widely-appealing project of the magazine. 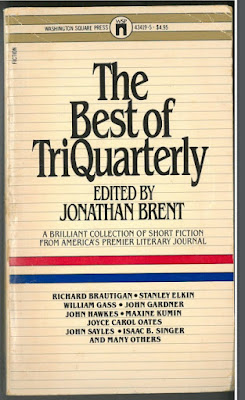 Both magazines were consciously and rather successfully attempting to advance the art of literature. Robert P. Mills, as editor of Venture (Joseph Ferman was its publisher, as head of Mercury Press), was hoping to feature sophisticated adventure fiction (hence in part the title), but also, as the contents took shape, sexual themes and somewhat greater attention to bringing emotional resonance to satirical sf became common factors of Venture's fiction...not least in the several contributions from Theodore Sturgeon, but also in the work of Avram Davidson, Algis Budrys, Leigh Brackett, Judith Merril, Poul Anderson, Walter Miller and C. M. Kornbluth, among others. If the magazine might not have had No Limits, there were certainly fewer in several ways than other magazines had imposed. Newman for his part wanted to make TQ a home for post-modernist fiction and poetry, and attendant nonfiction. It would, through the next decade and a half and a bit more, take on innovations in format and offer special theme issues devoted to specific writers (such as Sylvia Plath, Vladimir Nabokov and Jorge Luis Borges) and international literature and genres of fictional form and beyond (such as the visual issue 32, "Anti-Object Art" [1975], which was Newman's last as editor, and with guest editors Lawrene Levy and John Perreault; the cardboard covers featured a pocket containing five cards of photographs of Robert Smithson's "Spiral Jetty"); another issue was devoted to a narrative told in photographs. 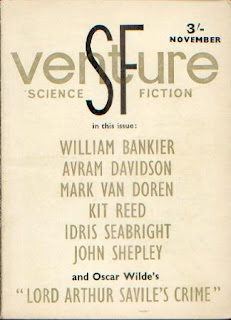 Venture had a UK edition (and an otherwise identical, two-months delayed Australian edition) from 1963-65, which published more issues than the two US editions combined, reprinted a different mix of stories from the US edition, and immediately added stories from F&SF, under the editorship of Ronald Wickers. The Fermans (Joseph's son Edward started editing F&SF and other Mercury Press magazines in the mid-'60s, including probably ghost-editing No Limits) relaunched Venture for another short run in 1969. TriQuarterly continued under the editorship of Elliott Anderson, eventually co-editing with Robert Onopa and Jonathan Brent, for the balance of the '70s. Then, in the wake of too many issues of interesting work (apparently the science fiction issue was the Last Straw, for a university which also cancelled its English department sf course reportedly for being too popular, following a western issue and one devoted to Love/Hate that featured some elegant but straightforward-seeming feminist adventure fiction), first Onopa, then Anderson, then Brent (who was formally editor of one issue only) were fired from the magazine and replaced by one Reginald Gibbons, who was very careful to minimize the achievements of the previous editors at every opportunity over his decade as editor, which resulted immediately in the magazine becoming much less innovative and much less widely-admired--more conventional and less important, and eventually in TQ becoming a grad-student-staffed webzine. The 20th anniversary issue/anthology, edited by Gibbons and Susan Hahn, doesn't at any point acknowledge this book.

There are at least mildly classic stories in these anthologies, and at least several others in the case of each author that might've been opted for instead...Kornbluth's "The Education of Tigress Macardle" is the more humorous side of the same coin that inspired his unfinished story, completed by Frederik Pohl as "The Meeting" ("Two Dooms" might've been included 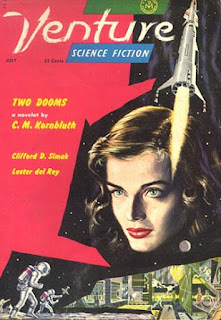 instead);  the stories by Davidson and Miller are among their best-remembered work, but others of theirs for the magazine are impressive, and the Sturgeon here could easily have been "Affair with a Green Monkey"...and so on. The at least near-classics in the TQ book include the Oates story, the Brautigan duo, and the Sayles; Elkin (in relation toward Nabokov) and Singer are elegantly represented; Baumbach's metafiction is clever; though Borges, Carol Emshwiller and many others had major stories in the magazine as well. MacMillan amounts to a key TriQuarterly "discovery", with the seeds of his first two novels as well as stories in his only collection gathered from the magazine; in the other, Asimov was happy enough with his story collected in the best-of to name a retrospective collection for it, and it probably should be noted that not only did Sturgeon's Educated Estimate (aka Law: 90% of everything is mediocre or worse) first get widespread audience in his (first recurring magazine) books
column, but Asimov began a regular science column first in Venture, which moved over to F&SF upon the merger of the two, and that column helped spur Asimov's pop-science career, in many ways the primary work of his life till his last years, when fiction finally was paying even better. Sturgeon, for his part, would later have continuing book-review columns in Galaxy, National Review (!), and Hustler (!--though during Paul Krassner's editorship). Sturgeon was the kind of writer who could and did sell a short sf story to Sports Illustrated.

Sadly, these anthologies were by no means pushed hard by their publishers... Ballantine was at one of its lower ebbs in '64, and while 50c for a slim, nine-story paperback wasn't extremely expensive, it wasn't cheap; $4.95 for a mass-market paperback, even with 20 stories ranging from vignettes to novellas, in 1982 was ridiculous (and earlier Washington Square Press releases at least had been published on heavier, perhaps acid-free paper and otherwise looked like their production value might begin to justify their inflated price, as with the similar Doubleday Anchor line of rack-sized paperbacks). A handsome-enough generic over on the Venture book (and no mention of the source magazine anywhere), and an even more generic cover (which has not been previously online) on the TQ. And while women contributors are underrepresented in both volumes (and didn't achieve parity in the magazines, either), at least neither volume is the completely stag affair too many anthologies of this sort had been in their years. 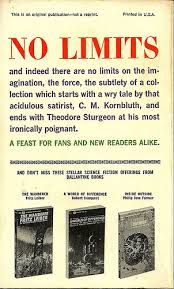 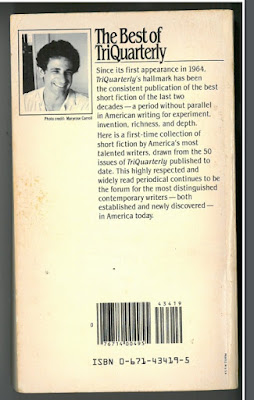 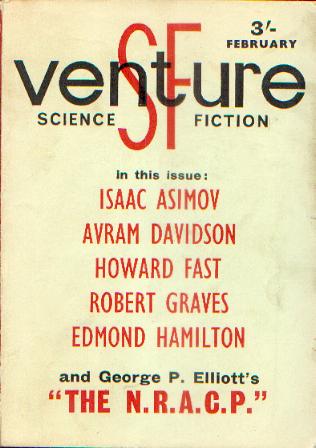 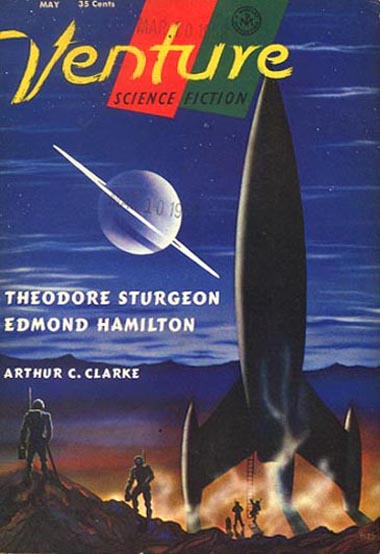 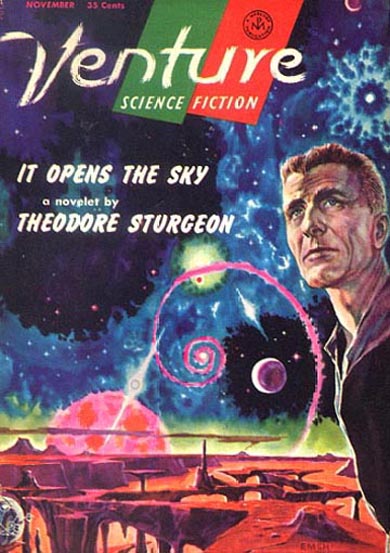 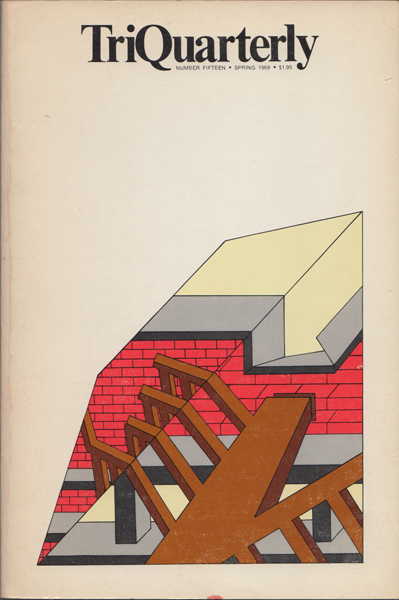 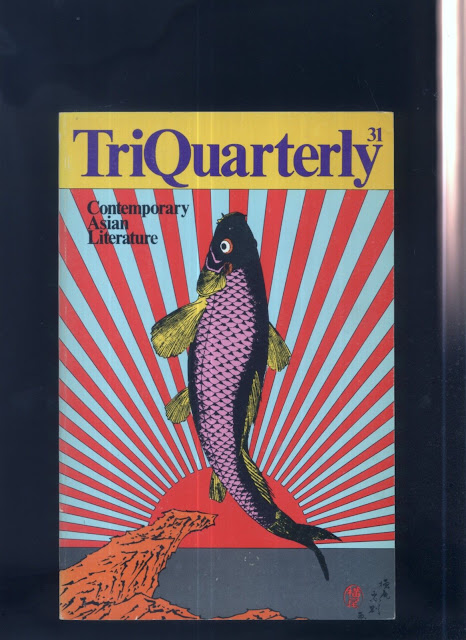 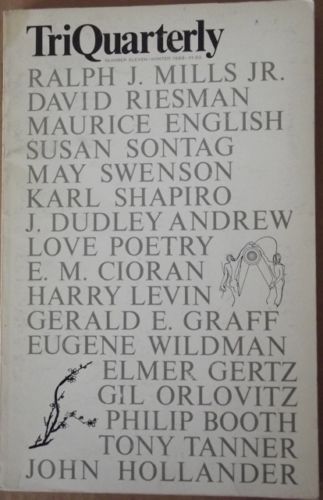 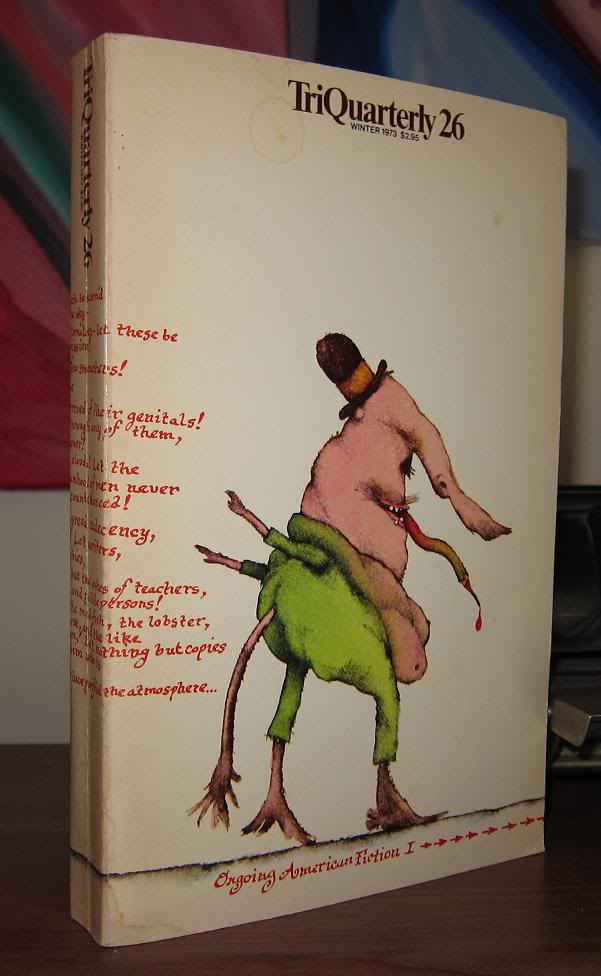 Great chum. Love the scans and also amazed to be reminded that international editions, albeit sometimes (often?) with variant content were also produced - the sheer amount fo effort involved now seems beyond imagening to most people in modern publishing I would imagine.

Import restrictions drove a lot of this...and most overseas editions were published by others, as was the VENTURE SF UK/Australia edition...which flourished till F&SF could be sold in its original/US version in the UK again, by '65 (and issues would carry a pence price for decades after, along with their US/Canada price). Most remarkable were the UK editions of the Street and Smith magazines of the 1940s, retaining the pulp size even though the US editions had gone to digest-sized to save paper (the UK editions were in comparison simply very short, forty pages or so an issue, for similar reasons), and the UK covers wouldn't quite reprint the US covers, for some reason, but would have a British artist try to counterfeit them as closely as possible. So, yes, usually with some variation in content, though not always.

Gregory Feeley: William H. Gass's "Why Windows Are Important to Me" is a particularly kickass section of his novel THE TUNNEL.

Todd Mason: TQ really was hitting on all cylinders. Of course, that had to be stopped.

Especially enjoyed your backgrounding the TQ power struggles, reminiscent of the political putsch/revisionism of regime changes throughout the evolution of territorial human management. ♪♪ When will it ever end? When will it evvvv-ver end? ♪♪

It was pathetic on every level, and the more I learn of it, the more pathetic it seems.

I remember reading NO LIMITS when it was first publish and was blown away by it. I really need to go back and reread it.

It is remarkable how cagy Ballantine and Ferman were about the book...even the copyrights give no hint about VENTURE's existence. But it's a fine book, and might have been Even Better with a few other choice made, but not too much.

Thinking about THE BEST OF TRIQUARTERLY made me reread "Walking Out" by David Quammen to see if it held up to a second reading. It did. One of the best novelettes I've read. A father and his 11 year old son go hunting in Montana and at the end the boy has become a man. Excellent story by a nature writer who gave up writing fiction.

One wonders if he had been coaxed into writing fiction by the TQ editors. I'm otherwise unfamiliar with his work.