Friday "Forgotten" Books: Jorge Luis Borges: THE ALEPH, AND OTHER STORIES 1933-1969 (as translated by Borges and NT DiGiovanni) 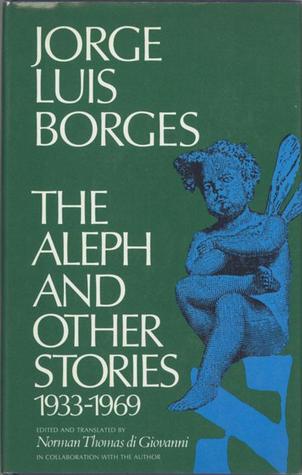 Now if there's any writer who isn't particularly forgotten, at least among Latin American writers among Anglophone readers, Jorge Luis Borges is perhaps more unforgotten than any other except Gabriel Garcia Marquez. But the wonderful set of translations of his work that Borges engaged in with Norman Thomas DiGiovanni, published by E. P. Dutton in the US in the late '60s and throughout the 1970s, have been out of print at least since shortly after Borges's death. It seems DiGiovanni had a contract that was Very favorable to him in terms of royalties, and Borges's heirs were not willing to play along...so largely inferior translations have been issued since, such as the Collected Fictions and Collected Nonfiction volumes, along with the mixed bag of translations, such as Labyrinths and Dreamtigers, which had been translated by others and issued before Borges and NTDG began their project.

The Aleph, and Other Stories 1933-1969 has the unfair advantage of being a survey of some of Borges's most important fiction, when compared to such other excellent collections as The Book of Sand or Doctor Brodie's Report (the stories in the last in collaboration with Adolfo Bioy-Casares). The story that made JLB's reputation, "Streetcorner Man" (or "El hombre de las esquinas rosadas"--the pinkness of the streetcorners being indicative of their unsavory neighborhood) is included in a new translation, and Borges is as unimpressed with this early effort as such writers as Robert Bloch or Isaac Asimov were with their own first Big Splashes. But his brilliance was already being hinted at, at least, and the Argentine westerns and crime fiction, the earthily grounded and even autobiographical fantasies (Borges was justly proud of the title story, beyond its parallels with Dante), and the long, fine autobiographical essay make this easily the most ncessary single volume of Borges's work in translation among those I've read, even considering the larger number of his more famous stories in Labyrinths and the atrocious Fictions volume. 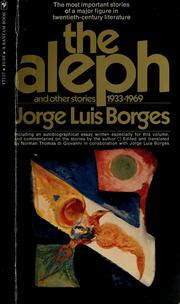 We can only hope that these translations will eventually be made widely available again.

Here's the link to the Patti Abbott listings of title and links.


And her advice (and the list as it was a couple of hours ago):

And hey, go look at the complete reviews. These people have a lot of interesting stuff to say.

A wonderful review. Thanks, Todd.

Too kind, but it's a wonderful subject. Now to pick one of Lee Hoffman's westerns for next Friday.

Thank you for continuing to compile these.