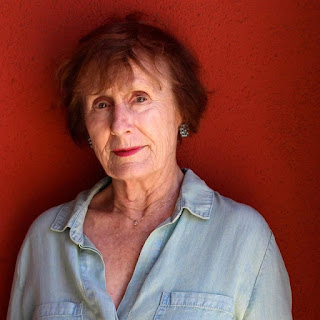 Kit Reed died this past week; energetic up to the point where her inoperable brain tumor got the better of her over the last month or so, at age 85 she left us a final novel and a final short story (unless something turns up in papers that her kids think she might've wanted to see in print).
The New York Times obit:
Kit Reed, Author of Darkly Humorous Fiction, Dies at 85, though it manages to not mention her contemporary fiction, it does mention her work as a professor and writer in residence. 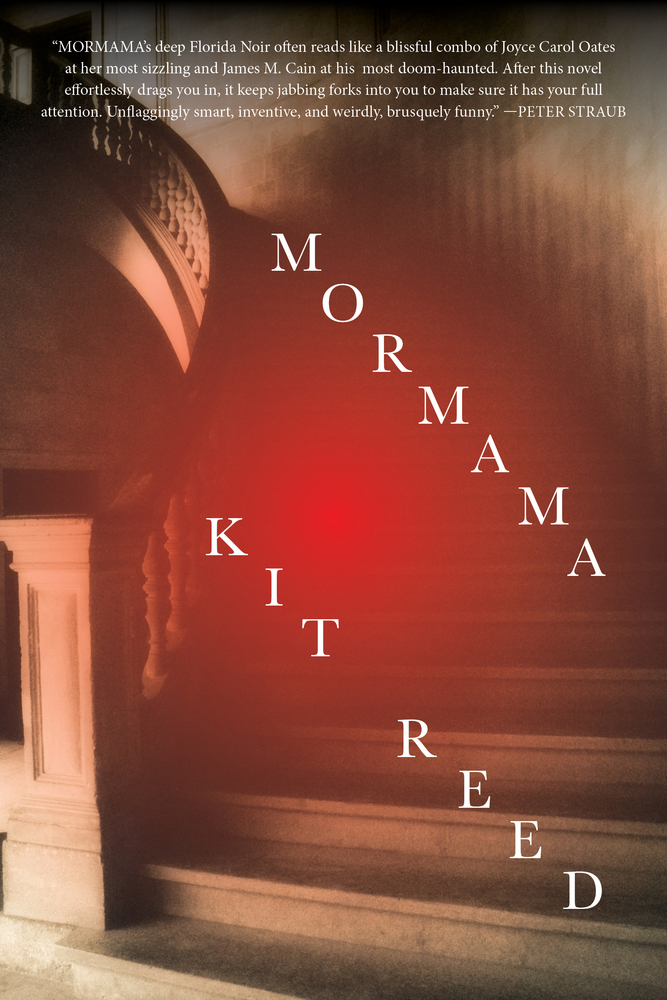 And her new short story, both on sale now: 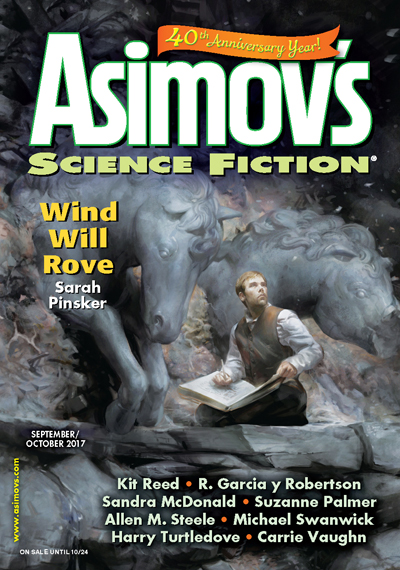 Reed, as noted here last year, started her writing career as a professional journalist, and made a mark, winning industry awards before selling her first short story to The Magazine of Fantasy and Science Fiction in 1958, "The Wait" (collected in her first shorter works volume as "To Be Taken in a Strange Country")...one rather pathetic colleague at the New Haven Register, she recounted not too long ago, would make a point of pulling her office typewriter off her desk and taking it over to a corner where he would type out his own attempts at stories, and claimed, upon learning of her F&SF sale, to have sold a story to The New Yorker, which would be appearing Real Soon Now. Reed continued to place fiction with F&SF, and branched out to the Yale Literary Magazine, Robert Lowndes's  Science Fiction, Joseph Payne Brennan's Macabre, and by 1960 Redbook...while her colleague had slunk off somewhere to await his further stories' appearance in equally imaginary issues of The Dial and Scribner's, no doubt. 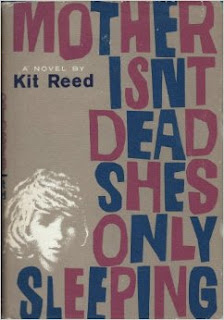 In the previous Reed review-essay, I noted that Reed was a member of an (in the latter 1950s) emerging school of women writers not too worried about sticking within expected boundaries in their writing, whether it terms of "genre" or attitude toward their subjects, which I suggest also included Kate Wilhelm, Carol Emshwiller, Lee Hoffman, Joanna Russ and, starting just a bit later, Joyce Carol Oates...all were publishing in several fields at once, and impressively so. The NYT obituarist  attempts to suggest Reed "evokes Stephen King" (as opposed to the other way around) as well as Shirley Jackson, a rather better guess, but Reed noted to me last year that Evelyn Waugh was perhaps her greatest influence.

Courtesy Kate Maruyama, who notes on FaceBook: "Mom mailed this to me, gleefully, noting 'I thought you'd enjoy this little artifact.'" 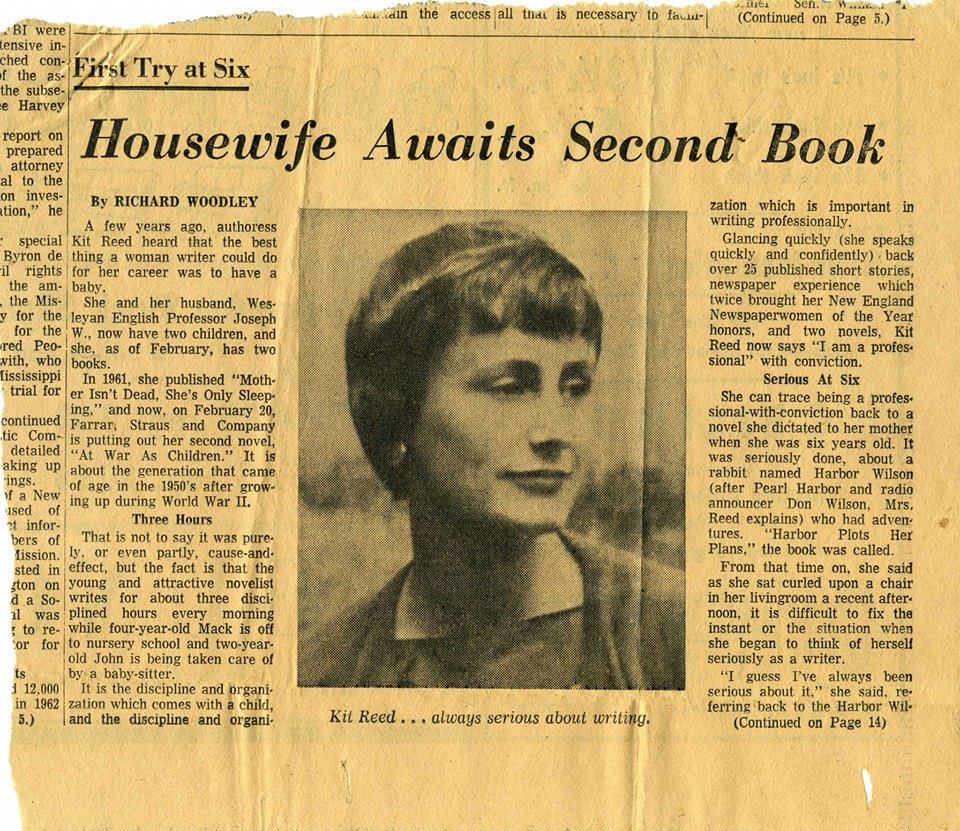 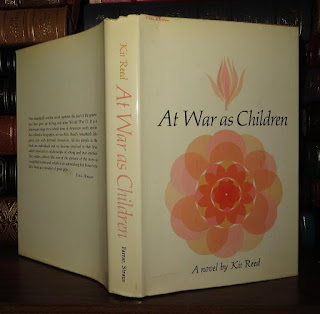 But that wasn't the only "celebratory" slight she would see in her early fiction-writing career, as the World Science Fiction Convention was moved to attempt a third award in the category best new writer...the first Hugo ceremony in 1953 bestowed Best New Writer or Artist on Philip Jose Farmer, apparently by fiat of the convention committee (though not unreasonably so); in 1956, "Most Promising New Author" was voted upon and Robert Silverberg took home the Hugo, with the rest of the shortlist composed of Harlan Ellison, Frank Herbert and a relatively obscure writer these days, Henry Still, apparently a friend of convention organizers; and in 1959, the Hugo ballot featured the following impressive set of nominees for Best New Author, listed alphabetically:

...and the ungrateful bastards voted "No Award" the winner. Which is perhaps why there was no more attempt at Best New Author-style awards till the establishment of the John W. Campbell Memorial Award, itself never officially a Hugo but voted on and awarded at the same convention ceremonies, in the early 1970s. (The voters in '59 did have the flexibility to give an sf award to Robert Bloch's humorous dark fantasy "That Hell-Bound Train" for best short story, but also chose No Award rather than favor any of the three ballot choices for best sf/fantasy film: The Fly, The 7th Voyage of Sinbad, and The Horror of Dracula...worse A/V presentations have won before and since.) 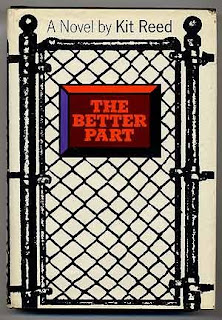 All five went on to notable careers, even if Brown's was cut very short by cancer fifty years ago, when she was 41; Ashwell died two years ago, and Charbonneau and Aldiss both died earlier this year. Three women and two men on a ballot in 1959 might've bothered some idiots; Aldiss and Ashwell were British, which might somehow have offended Yankee chauvinists; who knows why the voting populace was so honest and/or churlish as to not  care enough about any of these reasonably new writers to vote for any  (Charbonneau had written some radio drama before becoming a professional journalist, which would be his primary work while writing novels on the side; Aldiss had been the literary editor for the newspaper The Oxford Mail; Ashwell had been precocious, publishing her first short story in the British, and misleadingly titled, magazine Yankee Science Fiction at fourteen and publishing a children's fantasy chapbook at 15). 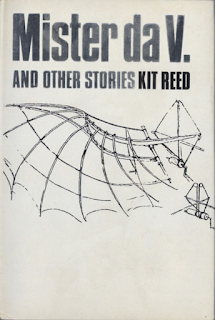 Kit Reed (when not signing her suspense novels Kit Craig and publishing one horror novel as Shelley Hyde) and Brian Aldiss have been hugely prolific, often challenging (never more to the reader than to themselves) writers in the decades since; Rosel George Brown wrote increasingly impressive short fiction and a few novels before her early death; Pauline Ashwell, sometimes publishing as Paul Ash, was not hugely prolific but published consistently impressive work--her perceived audience was such that a short novel she saw published in Analog has never been reprinted in book form, but her work is widely respected and enjoyed by those in the know; Louis Charbonneau, not the Canadian Human Rights Watch executive and bilingualism advocate (IMDb currently confuses them), went on to write several sf novels in the 1960s, novelized at least one unproduced film script and wrote the treatments for two episodes of  the original series of The Outer Limits, published westerns as Carter Travis Young beginning in 1960, and eventually moved more in the direction of writing horror and particularly suspense novels in the 1970s, along with the westerns/historicals under his own name Down from the Mountain and Trail: The Story of the Lewis and Clark Expedition: A Novel.
There is something to be said for honoring the work of living writers while they're living, and perhaps praising some writers too young will discourage growth, but somehow I suspect the encouragement will more often be worthwhile. I'm glad I got to meet Kit Reed and tell her how much I've enjoyed her work over the years; didn't seize what opportunity I had with the others (though of course Brown had died before I was reading much beyond Seuss and Golden Books). More to say soon. 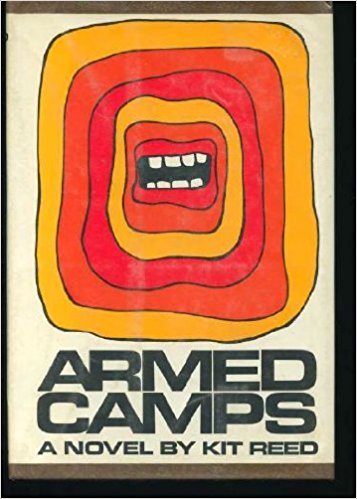 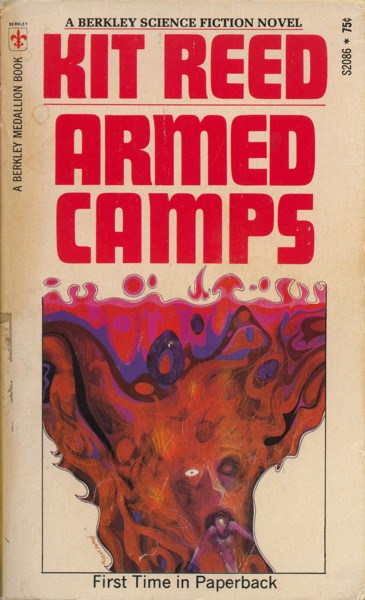 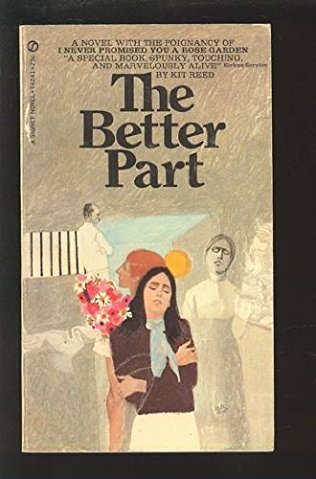 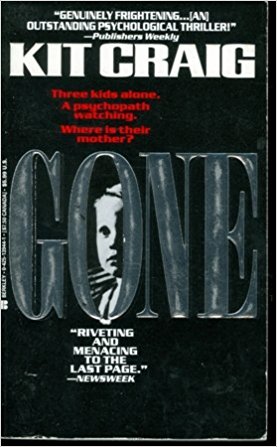 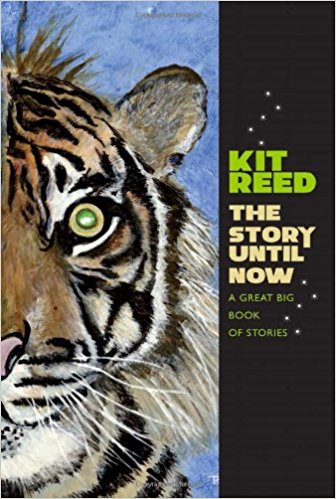 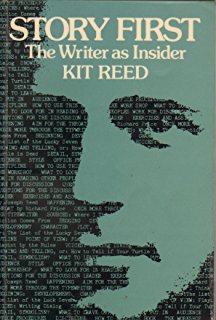 Many thanks for this. It's really quite boggling that the Hugo voters preferred "No Award" to any of those five writers. I wonder if there was some now-forgotten fan politicking going on, or something?

I think it was a matter of nonchalance. They mostly hadn't bothered to read any of them yet, I suspect.

Can't let the women get a leg up, now, can we? Thanks for this, Todd. Fascinating.

Dunno how much that was a factor...hope it wasn't. Might've been. This was the first Hugo set of nominees, in '59, to include women or their work.

They mostly hadn't bothered to read any of them yet, I suspect.

Too true, Paul, about Hugo voters...

Interesting post. Not the worst 'No Award' result (Gene Wolfe) but a poor show nevertheless.
Pauline Ashwell is a name I know but either haven't read (unlikely) or it didn't register. I will dig something of hers out.

Slightly less than half of her stories were published as by "Paul Ash"...and she apparently wrote romance fiction under another name or two or so...

I'd say the circumstances of Wolfe being announced the winner only to be told it was a mistake after he was making his way to the podium made that certainly worse in the awkwardness of it at the time...or do you suggest that it was an even greater injustice as a non-award? Perhaps. Still a pretty snotty slap at the writers with relatively new careers they're embarking on, the 1959 result.

It occurred to me today that not only have three of the five (and all the survivors till 2017) of the 1959 shortlist died this year, but so did the first recipient of the John W. Campbell Award which in 1973 became the new-writer Not Quite Hugo, Jerry Pournelle. We lost shortlister George Alec Effinger too young, but, happily, the other nominees for the first award are still with us: Ruth Berman, George R. R. Martin, Robert Thurston and Lisa Tuttle, who came back to win the award, along with Spider Robinson in a vote-tie, in 1974. (And not to be confused with the John W. Campbell Memorial Award, whose 1973 first recipient, Barry N. Malzberg, is also still with us, along with runners-up James Gunn and Christopher Priest.)

The new ANSIBLE carries the datum that the shortlist for the Hugos in 1956 were actually pioneering thus:

Leigh Brackett was revealed as the first ever woman finalist for the best-novel Hugo (with The Long Tomorrow) when the 1956 shortlist was at last unearthed from an old Worldcon PR. (www.thehugoawards.org)

So the old notion I refer to in comments above is proven untrue, if too close to true.

I am currently reading Story First by Kit Reed and am finding it to be one of the best books on the writing of fiction that I've read, and that is quite a few. growing up with science fiction I've been familiar with Kit Reed by name, but had never read anything by her. I plan on remedying that shortly.

Good idea! Thanks for the rec. Denis Johnson was apparently a fan of the Reed text, as well.