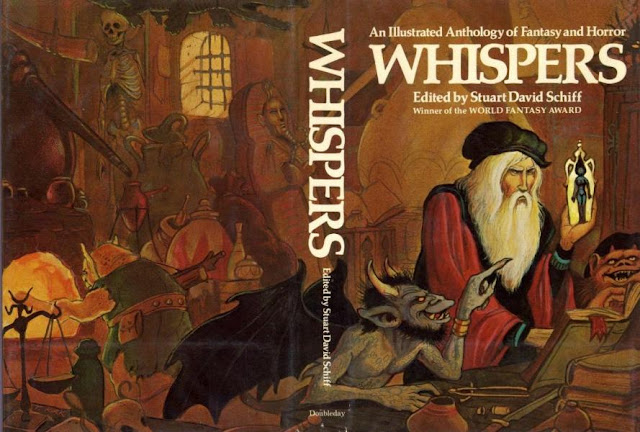 This is the fortieth anniversary year of my youthful falling in love with new fiction magazines (and magazines such as The Atlantic Monthly and OMNI, which featured fiction prominently), and none of them did I love more intensely than Whispers magazine (founded 1973), whose first best-of anthology (with a few new stories mixed in) this was. I managed to find it in a library in 1978, the year after it was published, and the year after I first learned of Whispers magazine's existence, thanks to Gerald W. Page's The Year's Best Horror Stories, Series V (DAW Books, 1977) and the next volume, and particularly Gahan Wilson's First World Fantasy Awards (Doubleday 1977). The anthology series which followed this first volume continued to be a mixture of reprints from the magazine and, increasingly,  new stories, and the Doubleday volumes (eventually six of them) began to appear more frequently than new issues of the magazine itself, which had to be financed entirely by editor and publisher Stuart Schiff, whose dentistry practice allowed him to fund his ever more elaborate and handsome little magazine. (The anthology series had handsomer jackets than most Doubleday releases of the era, even if the magazine usually was more striking, given Schiff didn't have to negotiate with the Doubleday art department with what he published on his own.)

Whispers magazine had been Schiff's attempt, initially modestly, at bringing something similar to Weird Tales back into print (and as he was doing so, the four-issue run of Leo Margulies's revival of WT, edited by Sam Moskowitz, came and and quickly went), as a showcase for horror and borderline suspense fiction, and dark and heroic fantasy fiction. And from its early issues, it was featuring fiction as good as or better than that appearing in better-paying magazines and other markets.

This wasn't quite a who's who of horror writing in the 1970s, as an all-stag group (with the possible exception of the now-vanished Robin Smyth) and missing a few of the other male major players, but it's an impressive array, and at least pretty good stories from them all (with the exception, by my lights, of a typically minor Brian Lumley Cthulhu story). Karl Wagner's "Sticks" is perhaps his best-remembered horror fiction, David Drake's "The Barrow Troll" one of his best-loved historical fantasies with an horrific edge to it, and while none of the other stories loom as large in their authors' careers (the Ramsey Campbell is perhaps closest), this was a thoroughly enjoyable introduction to what Schiff brought together in his anthologies to come, and (minus the book reviews and relevant small press and large-publisher news) the magazine. Future volumes would feature even fewer reprints from sources largely unavailable to US readers, but a few more...including David Campton's brilliant "At the Bottom of the Garden" in Whispers II. And after the first volume, the series was published, misleadingly, under the Doubleday Science Fiction imprint...mostly notable for an even more meager promotion budget.

The horror boom was already beginning to burgeon by 1977, as Stephen King joined Ira Levin, Thomas Tryon, William Peter Blatty and others as repeatedly bestselling writers, H. P. Lovecraft had gained a mass audience, and publishers were already willing to take a gamble on anthologies ...Doubleday would engage Charles Grant's Shadows series of original anthologies beginning in 1978; Kirby McCauley's Frights had appeared in 1976, and his Dark Forces would come in 1980. Paperback versions of all these were rolling out as well...and not a few little magazines in horror would follow Schiff's example, and join such other veteran small-press magazines as Weirdbook and Nyctalops.

For more of today's reviews, please see Patti Abbott's blog...and her new collection, I Bring Sorrow and Other Tales of Transgression. 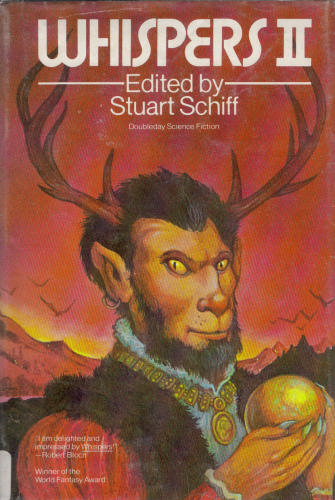 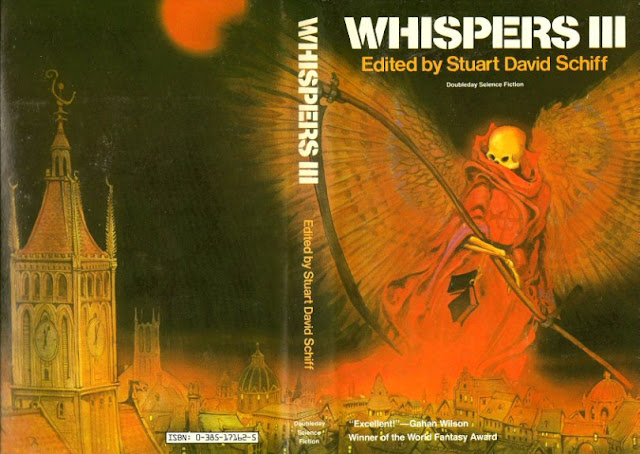 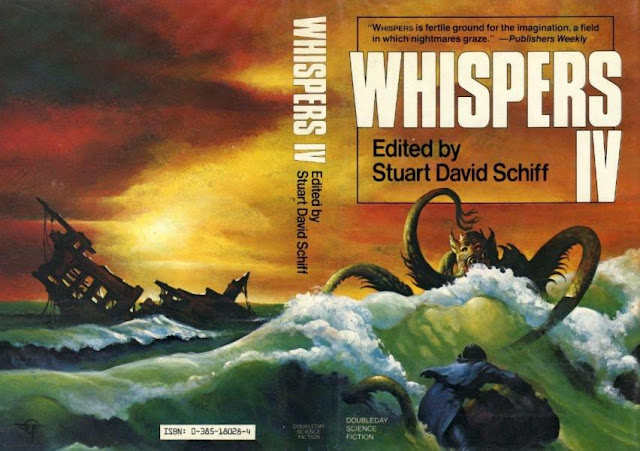 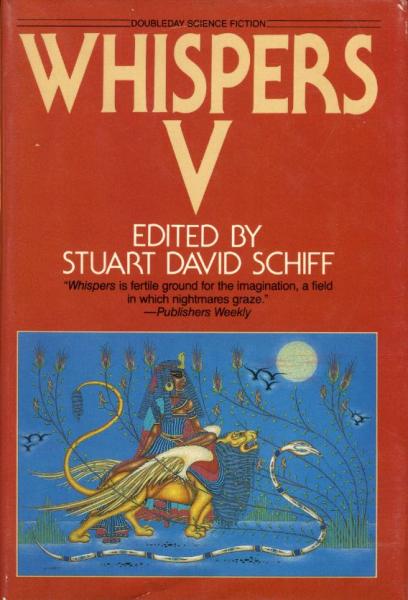 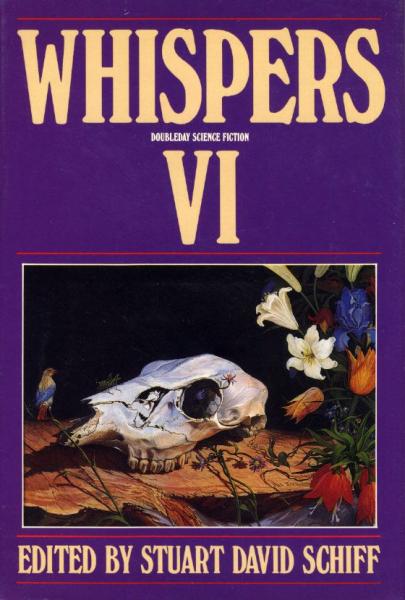 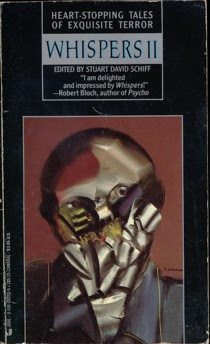 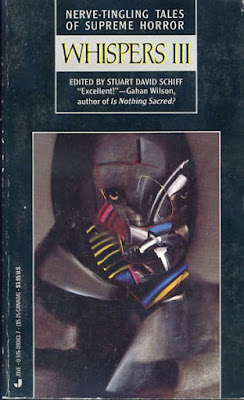 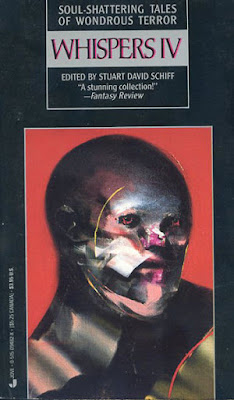 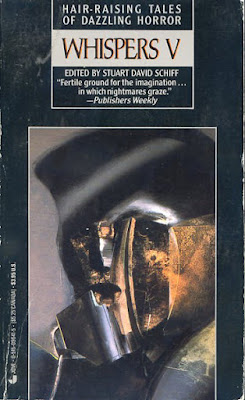 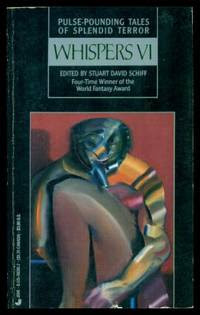 I loved the wrap-around covers on those WHISPERS anthologies. And, the stories of course!

Those on the magazine issues weren't Always (even) better...but usually were!