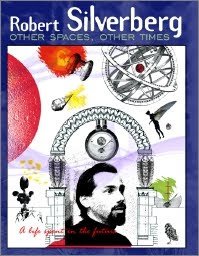 So, with the first issue of the year, magazines that want the (decreasingly good deal in) discount mailing privileges publish their circulation statements...I'll add to this as I gather them, but here're the two I currently have at hand:

The Magazine of Fantasy & Science Fiction: Average number of copies sold or otherwise distributed during the past twelve months (from 1 October 09): 15,937; actual number from the most recent issue at that time: 19.690. So, perhaps the transition to a fat bimonthly rather than a usually slimmer 10 issues per year (with two "double-issues") has been a good move for F&SF. Though it's notable that Fantastic was considered a near-failure of a magazine in '70s for selling in that range, and it waa absorbed by its sibling Amazing not long into the '80s. F&SF celebrated its 60th anniversary in 2009.

Tin House: Average during past year (from 20 Sep 09): 11,599; actual number closest to filing date: 12,462. So, this "little" quarterly is racking up solid numbers for that class of magazine, within shouting distance of F&SF. It is rather well distributed, particularly in the big box bookstore chains, for a little. TH celebrated its 10th anniversary in 2009.

Also notable in the case of Tin House, as with the memoirs of Robert Silverberg, Other Spaces, Other Times (NonStop Press, 2009) is how much the layout of both magazine and the book resembles those of 1960s and 1970s grade-school texts, particularly the more adventurously-designed reading textbooks. James Parker at TH and Luis Ortiz at NonStop are perhaps feeling the early influence of the folks at Scott, Foresman and Silver-Burdett all those years ago.
Posted by Todd Mason at 1/04/2010 11:57:00 PM

The more I experiment with new art and design the more I come to realize that the stuff that was around when I was a kid -- including my own art -- is hard to beat.

I think that that was a period that a lot of design folks who had been working on the mass-circulation general-interest magazines in the '50s and '60s were at liberty as those magazines died...and also were taking their cues from the adventurous work popping up in the likes of ESQUIRE, to say nothing of NEW WORLDS...and they gravitated toward textbook publishers, among others. Sustaining and elaborating on tradition in the arts is rarely a bad thing, particularly when it, as some old fascist commanded, is Made New.

My time is 70s and beyond. It took me a while to get punk zines and graffiti out of my system.

Recapitulating the passage from SEARCH AND DESTROY to RE/SEARCH...or even from MRR to PUNK PLANET?