The Book of Sand, as translated by Borges himself and Norman Thomas di Giovanni, was published in English by Dutton in 1977 and proved to be the last collection of fiction Borges was to assemble during his life...it was also the first collection of his I was to read, and I was hooked for life. 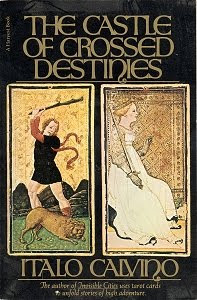 Almost all of these stories were written after Borges's blindness had progressed to the point that he could no longer read for himself, and that perhaps contributed to the emphasis on memory in most of these, and perhaps some of the vivid imagery (not that that these elements were absent from the work of the younger Borges). "'There Are More Things'" was his slightly sardonic tribute to Lovecraft, thus nudging Borges into the elite class of Lovecraftians, however briefly (though their concerns with existential horror were not dissimilar, their approaches to the subject could hardly be more unalike: Borges is cool and offhanded where Lovecraft tends toward the perfervid). "The Book of Sand" itself is a masterful reapproach to the same concerns as drove "The Library of Babel," but more compactly...rather than an infinite library, the newer fiction offers an infinite book, or at least a book with an apparently infinite number of pages, and likewise containing all the possible combinations of characters. "The Night of the Gifts" was one of Borges's too-infrequent gaucho stories, Argentine westerns; "The Disk" another charming, if slight, peak at the same sort of fantastic visual device that was the McGuffin of "The Aleph"; "The Other" one of several encounters (like "Borges and Me" and "The Other Death") by twinned personas of Borges himself. "Utopia of a Tired Man" is a fine science-fictional encounter; "The Congress" a fine paranoid conspiracy tale...these are all pretty much examples of past mastery at play and work. It's a continuing shame that this edition is pointedly out of print because of the hassle between di Giovanni and the Borges estate.

I have less to say about the charming The Castle of Crossed Destinies, the 1977 Harcourt Brace Jovanovich edition translated by William Weaver, other than it was the first Calvino book I took on, and it might be the most Borgesian of his I've read so far (it was the also the only one I've attempted, with very modest progress, in the original Italian). A series of interlinked vignettes driven by tarot cards Calvino was fascinated by (a fascination shared, of course, by many other fantasy writers, including such students of tarot as Rachel Pollack and K. A. Laity), Calvino has always struck me as someone who was trying to bring the experience of the spoken tale to the page in a more immediate way than most writers, certainly than those who use frames such as having a tale told within their stories (contrast Borges, who was more interested in playing with the forms of literary genre itself, or Fritz Leiber, whose work I was reading as quickly as I could find it at the time I first read these books, who constantly threatens to, when he doesn't actually do so, break into actual playwriting in his prose fiction). At least this one's in print! 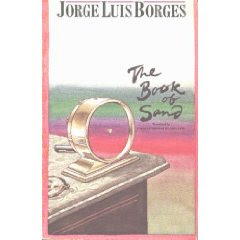 Not at all! Heavy reputations that, unlike in many cases, are richly deserved, but very easy reading...except, perhaps, for me in Italian (Borges in Spanish, due his formality and my greater lack of ineptitude in Spanish, a little less so...I managed to successfully read aloud "Los dos reyes y los dos laberintos" to my AP Spanish class back when, to apparent comprehension of the assembled, which is a tribute to our teachers as well as to Borges's utter clarity...). Tom Kromer or a few other writers I've tackled or recalled in this series have been tougher reads, for one reason or several...

Borges is not heavy, Patti! He's light and lucid. (It's been years since I've read Calvino, so won't comment on him.)

Losing sight and not being able to read has always been the most horrifying thing for me. Some people fear being buried alive, or falling from an airplane, or being caught in a fire (and I wouldn't want to go through any of those!) but loss of sight...no, please.

I'd echo the heavy-duty reading comment but you've already refuted it, Todd. Of these two, the Borges would be my choice, I think.

I keep planning and then not writing my essay on Calvino's book. Adore it. And Borges? What's not to love -- Borges is magic, magic, magic. Thanks for the reminder of how good things can be.

Borges asked his mother to read to him...I don't recall what he did after her passing, but I'm sure he had others happy to do it.

I like Borges better than Calvino, on balance, but like both their work enormously. Calvino is utterly lucid in most of his work, as well, though perhaps IF ON A WINTER'S NIGHT A TRAVELLER and some of the other work could be seen as difficult...but not compared to grinding through the turgid prose of many writers. And most of the works of both men (and of Fritz Leiber!) pass the Crider Test...they tend to be short.

My own eyes are definitely not what they were (after my severe infantile farsightedness started to adjust and improve). My last opthamological appointment suggested that I was still within in the normal range for a middle-aged man, however, which was rather sad in itself.

And to think, Kate, that both of these translations were put on the market as I was reallhy starting to dig in...far less difficult than Tolkien's trilogy (however much I liked his shorter works, too) to get through!

Juri--how are the Finnish translations? Or have you tended to read the English for both?

Wow. Writing when you can't read sounds tough enough, but translating sounds dang near impossible. I need to try this guy.

Two FORGOTTEN BOOKS for the price of one! Todd, you really are out-doing yourself. I've been a fan of Borges since I read LABYRINTHS. I read the later translations by Norman Thomas di Giovanni and prefer them to the more recent, inferior translations by Andrew Hurley. Unfortunately, the di Giovanni translations are out-of-print.

Evan, it helped that Borges was a fluent English speaker and (when sighted) reader. Though, as I've noted before on the blog, the first publication of Borges in English was by Anthony Boucher, for ELLERY QUEEN'S MYSTERY MAGAZINE...though for no good reason, Boucher never bothered to do any of Borges's fantasies or borderline sf for F&SF.

George--indeed, the recent translations lean toward the atrocious...unfortunately, di Giovanni had the contracts written for the Dutton translations in terms that were Very favorable to him rather than to Borges, which apparently didn't upset Borges nearly as much as it did his heirs...hence their lack of in-print status. It's a crime, on at least two levels.

Todd: as I said on Pulpetti, I've read Borges mostly in Finnish. We've had some very good translations by guys who are also writers themselves. (And gals, too.) I also seem to have lots of di Giovanni translations on my shelves and some by various translations.

It's just a pity what Borges was politically. He went to Chile to pay homage to goddam Pinochet! But, well, you can't have it all.

Borges is one of the best poets in the world literature, one that can be read by those whose idea of a good poem is something by Robert E. Howard and by those who think Robert Frost is too popular.

There's this quite charming book called With Borges (2004) by Alberto Manguel in which Manguel, one of Borges's many readers, sheds some light on Borges and his reading habits.

Juri: I think going "to Chile to pay homage to goddam Pinochet" is putting it a bit strongly. He went over to collect an award. Perhaps, as it turned out, unwisely. Let's be fair: he understood about as much about politics as P.G. Wodehouse.

But then again, we really don't read him for his wisdom in politics.

Indeed, Petri...though I'd say he knew enough about politics to know that he wasn't too impressed by the range of it he was familiar with, which as an Argentine isn't too incomrprehensible.

Juri, he was also so good a poet that his milongas were set to music and recorded by the (decidededly leftist Argentine) Cuarteto Zupay. I wonder if I can put my hands on my cassette of that, or if it's now available on cd...

Quite true, Todd. He was willing to accept the lesser of evils - dictatorship over chaos and anarchy - as he thought South America wasn't yet ready for real democracy.

And on some level he idolized strong men, soldiers, heroes - like his glorious ancestors were.

However, I believe that this was mostly on an abstract level: in myth and fiction, in poetry and legend. That's what intellecuals do, they intellectualize things. When abstact ideas became realpolitik and the fascism became tangible, Borges became confused and baffled. He never really lived in the real world, more so in his mind. And more so than most of us.

So, basically, I'd call him both shrewd and naiïve at the same time.

Yeah, Petri, I think you're quite right - my source wasn't at hand and wasn't in the mood to check things. He could've always refused the award, though. Even when he was blind, he couldn't have been unaware of the things that were going in Chile at the time.

I tend to think, even if I can be seen as apologizing for him, that Borges didn't think the choice was between dictatorship and chaos, but that there was no choice...Argentina, like Chile only more tumultuously, was dominated by demagogues throughout Borges's life, and if one attempted to live one's life despite them, that was about the best one could hope for.

I'm doing a translation job (Spanish to English) which includes a quote from "La noche de los dones" [The Night of the Gifts], so I'd really like to quote from the published English text rather than make my own ballsup! ;) Is there anyone out there who'd be prepared to search for the right bit and pass it on to me, please? as I'm in the far south of Argentine Patagonia and have no access to a hard copy and am having no joy Googling for online access to it... Might be best to e-mail me direct: