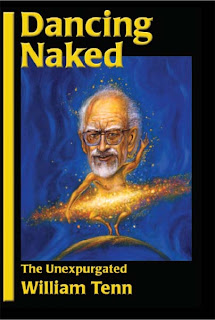 Philip Klass (1920-2010), who never quite 'fessed up to wanting to run a pun on the name "William Penn" with his pen name for much of his fiction and nonfiction writing (including some of the best and most influential satirical sf written so far, not least such short stories as "Child's Play" and "The Liberation of Earth"), was a genteel man, open and friendly and in all the good ways professorial, in meeting even bumptious long-term readers such as I...and, as this collection mostly of his nonfiction writing (with some early campus-magazine fiction and other bits) informs us directly and indirectly, who'd learned a few skills in the presentation of himself, as a man of great passions, over his years of teaching at Penn State (a university currently more famous for harboring an accused serial child-rapist for years, because the pampered head football coach thought the other guy useful) and elsewhere. The previous two volumes in this series from NESFA Press collected his fantasticated fiction; while this one by no means gathers all of his nonfiction, it seems a fair representation, including such reasonably famous highlights as his PS magazine essay "The Student Rebel: Then and Now" (an essay with new relevance in these de-Occupied times) and "The Bugmaster" (about electronic surveillance), apparently commissioned by Esquire or some comparable magazine but then spiked in favor of a similar staff contribution, which became probably the only piece ever published by the men's sweat magazine True to be collected in the then-equivalent of Best American Essays, in 1968. Also, such outliers as his short story "Murdering Myra" (from the cf magazine Suspect), a 1901 E. E. Kellett short story Klass suggests, in the essay that precedes it in the book, might've helped inspire Shaw's Pygmalion, an introduction by Klass writing student David Morrell, and an essay by Klass's brother, Morton Klass (a writer, editor and professor in his own right) help round out the book, which also includes excellent long interviews with Philip Klass by Josh Lukin and Eric Solstein.

This is a book which "jumped the queue"...I'd meant to read others this week, but in my typical time-crunch I kept turning back to this one, with its autobiographical essays about the early life of this British child-immigrant, his Marxist father having been an illegal alien here for decades after fleeing England for daring to volubly oppose WW1, and Klass himself only becoming naturalized, back in London no less, after entering WW2 military service; the continuing point of amused pride that he, Klass, had never managed to obtain a Bachelor's degree in his campus career yet served for decades as a full professor at PSU; his adventures in Greenwich Village in the '50s, hanging with Calder Willingham, Theodore Sturgeon, Judith Merril, Dylan Thomas and others; and the less happy duty of memorializing old friends (a selection of his obituaries is included, along with several of his introductions to his anthologies and the collections of others).

One of the few books I've cited in this series which is not out of print (though not nearly as well-known as it might be), and worth looking into even for those casually interested in Klass and the subjects he deals with.

I have the first two NESFA volumes of Tenn's work, but not this one. Time to order! Philip Klass is a drastically underrated writer. It's good of you to give him the platform he deserves!

I didn't know he was a medievalist until you told me, but there seem to be two types of medievalists: those who do nothing else and those who do everything else as well. Restless minds. As an English professor with no degrees in English, I can relate.

George: well, Laurie Mann and NESFA have given him some of the platform he's deserved, at least...I can make this small, hurriedly-written recommendation, and hope it helps. Glad it's spurred you to purchase...I doubt you'll be the slightest bit disappointed.

Kate: Yup...I forget who first noted that we're often happiest when we find ourselves doing something slightly to the side of what we thought we would do for our life's work, but certainly it seemed to be true in Klass's case. I think you'd find his take on Twain's YANKEE particularly amusing.

I have the first two volumes which collect Tenn's short stories. He's always been a favorite of mine because of his humor and satire. He is certainly one of the writers that made GALAXY such an excellent magazine in the 1950's. In fact after H.L. Gold left the magazine around 1960, except for a few stories, Tenn just about stopped writing. I think Gold encouraged, nagged, and almost forced Tenn and other GALAXY writers to contribute their best work.

I think you'll find some evidence in this book for both John Campbell and Horace Gold being serious spurs to Klass, Walker, as well as his primary sources of income...but I think also you'll find both that he was so happy and engaged as a professor in the '60s onward, and also that he was one of those writers, like Algis Budrys, who preferred to do as few stories Exactly So (when financially possible, at least) rather than the kind of writer who enjoys the working out of themes through multiple stories and multiple approaches to similar materials (as do those impressive Syracuse U classmates, Barry Malzberg and Joyce Carol Oates...as did the most frequent contributor to Gold's GALAXY, Robert Sheckley). Klass repeatedly mentions how much happier he is with such a late example of his fiction as "Bernie the Faust" than with nearly all the earlier material of his most fiction-productive decade-plus...Klass, like Alfred Bester (another Campbell/Gold writer...who, perhaps significantly, published much of his best work in F&SF), was excessively modest about his fiction, despairing its flaws and not quite crediting its success sufficiently. (And, unsurprisingly, most of his major nonfiction seems to have been written since he slowed his production of fiction.)

And, in a real sense, I think Gold was perhaps all but done editing GALAXY and IF even earlier than '60, though I think he was on the masthead for another year or so...

I just ordered the Tenn third volume from amazon.com. Hopefully the interviews explore his relationship with H.L. Gold.

They to some extent, and certainly the introduction to his story in the GALAXY: 30 YEARS volume, which I'm sure you already have.

In fact I just reread GALAXY THIRTY YEARS and I highly recommend it not only for the excellent stories but also for the interesting memoirs that many of the authors wrote concerning their memories of GALAXY and H.L.Gold. It has an author index to the magazine also.

Another book is from Advent Publishers titled, GALAXY MAGAZINE, THE DARK AND THE LIGHT YEARS by David L. Rosheim. It's a detailed history of the magazine from 1950-1980.

Indeed. I decided against buying either the REQUIEM FOR ASTOUNDING or the GALAXY/D&L volumes, as they seemed less engaging than simply enthusiastic. I'll probably eventually pick them up. The GALAXY/30 YEARS and companion IF volumes, or F&SF's THE EUREKA YEARS, are in several ways much more compelling books...

But can I add that I find the cover disturbing...

In a nebulous way...bobble-headed caricatures have never been my favorite, either...