Friday's "Forgotten" Books: with another link 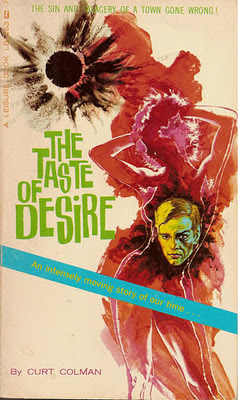 William Deeck: Nine Doctors and a Madman by Elizabeth Curtiss

George Kelley: 3 Novels by Michael Moorcock (originally published as by Edward P. Bradbury): Blades of Mars aka Lord of the Spiders; Warriors of Mars aka Cities of the Beast; Barbarians of Mars aka Masters of the Pit

James Reasoner: Winter Girl by Harry Whittington (aka The Taste of Desire as by Curt Colman)

Ron Scheer: Lights on a Ground of Darkness by Ted Kooser

"Tomcat": Too Much Poison by Anne Rowe 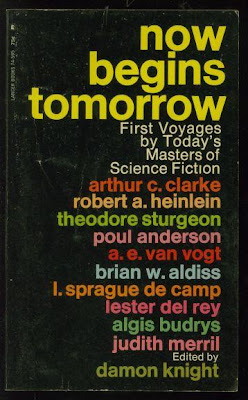 Thanks for posting my Favorites list, Todd. Sorry I'm so late with my entry. But it's finally up. Hooray!

Taste of desire. . . is that the clammy, gummy sensation you get in the back of your mouth when you can't think of anything but a nice cold bottle of beer? Ha.

Powerful thirsts, those tastes of desire, Ron. Sorry I was so late in getting it in, Yvette...an excellent bookish yet design-oriented choice.

Thank you again for doing this Todd.

Todd, a Happy and Wonderful New Year to you and your family!

FYI: This morning I picked up a complete and unabridged paperback edition of THE MAMMOTH BOOK OF GOLDEN AGE SCIENCE FICTION for 20 cents. Presented by Asimov, the sf book consists of ten short novels by the likes of Asimov, Sturgeon, and Van Vogt. Any thoughts, Todd? Thanks...

Thanks for contributing, Kevin! And this Friday's FFB will be a bit less tardy.

Prashant, that's a fine antho, though you can't quite get a sense of the later (or some of the earlier!) writing in the field from solely a collection from the 1940s...among these, my favorites would lean to "E for Effort" and "No Woman Born" and "Nerves"..."Killdozer" has always struck me as less than the best of Sturgeon's early work, but it's still solid Sturgeon...and Ross Rocklynne's story is one I haven't read yet (I haven't picked up this antho for myself yet), but I like the good Rocklynne stories I've come across (I understand he also wrote a fair amount of routine work). I also need to read "Daymare" yet...

I could be very tardy on Friday, Todd. My wife has a doctor appointment and lab work at the cancer doctor early Friday morning. If I can get mine up before I go, I will. But most likely it will be sometime Friday afternoon.

Todd, thanks for the insight. Asimov has written and edited an awful lot of sf, a genre I'm barely familiar with not counting Wells, Burroughs, Bradbury... I hope to read as much sf as I can this year, based also on sf literature mentioned in your posts, provided I can lay my hands on them. The guy at the secondhand bookstore who sold me THE MAMMOTH BOOK OF SCIENCE FICTION said he could also get THE MAMMOTH BOOK OF CLASSIC SCIENCE FICTION. I said I'd think about it. For now I'm going to sit back and read what I have.

Never a rush, Kevin, even with much less good reason than that.

Prashant, there's quite a lot waiting for you. But a whole lot of what was written in the '50s onward is simply better-written than all but the best of the 1940s material. And there are other ridiculously prolific writer/editors, such as Robert Silverberg, Damon Knight (he didn't write as much fiction as Silverberg nor quite as much as Asimov, but it averaged better...and Asimov was never as prolific a fiction writer as he would be a nonfiction writer from the late '50s onward), Barry Malzberg, and others...