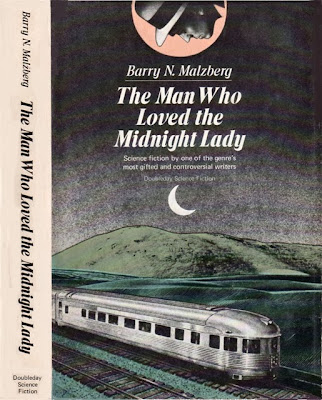 Well, we've lost Doris Lessing and Nelson Mandela within a brief time, and if that doesn't mark at least an easy sort end-of-year/reaching the end of an era summing for South Africa and the rest of the world, nothing much does. Rather than reach for a Lessing or a Nadine Gordimer or Alan Paton or Stuart Cloete or J.M. Coetzee (all pale SAers, one notes), or Mandela's memoirs, another SArfrican comes to mind, Sheila Kohler, whose short stories and novels have given her a solid but not large, sustained audience, very much including me, after reading fine contributions to Ontario Review, Boulevard, Ellery Queen's Mystery Magazine and others (the EQMM citation--and quite a stellar issue it was--oddly missing from her site). Meanwhile, I was rereading some stories by Ron Goulart, Barry Malzberg and others last night, and Malzberg's particularly were even more pointed and funny to me now than in 1978, the year I turned 14 and thought that I had as much handle on the world as most adults do...sadly, I was correct.

I don't know Kohler; I've met Malzberg on a couple of occasions, corresponded with him, and he's not only been kind enough to contribute directly to this site but has personally bucked me up on an occasion or three; I fear I've been less useful, but one does what one can, or at least what one chooses to do from that set of potential actions.

The affinity between Joyce Carol Oates and Kohler is pretty strong, and I can see why she became a particularly favored writer between Oates and her late husband Raymond Smith, the editor of the Review and co-proprietor of their publishing activities. She has a rather more offhanded approach than Oates tends to, however, and can take a lighter tone than Oates often seems comfortable with; and while some of these are set in her native South Africa and others in her adopted US, she gets around in this world, not quite truly Another no matter how it can feel. "Baboons" and "Lunch with Mother" were both particularly good reads, though at this remove I'm having difficulty sorting out the specific details for each...a book I need to pick up, since I've read only half the contents so far, it's Kohler's third collection. 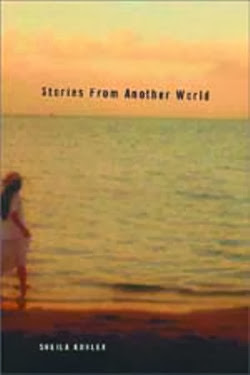 
Meanwhile, the Malzberg collection is perhaps problematic, at least as tagged "Doubleday Science Fiction" and given the typically uninspired packaging that line was known for (at least the Kohler, above, has the weak but real excuse of having been produced by a small press), to say nothing of the lack of promotion DSF books were given (Malzberg has noted that their releases were expect to sell a few thousand copies to libraries and the barest minimum of any other sort of sale, except perhaps as remainders; this one never had a paperback reprint). Problematic at least in that only so much of this book is sf by any stretch:
The first story I reread last night was "Backing Up" from the November 1978 Alfred Hitchcock's Mystery Magazine (another stellar issue in terms of contributors), which is as succinct an indictment of the decline of the quality of American life by the 1970s, and an indictment of such indictments simultaneously, as is possible to pack into a crime-fiction vignette (well, perhaps a bit long for that classification, at four pages); it's hardly alone as either crime fiction or otherwise non-sf among the fiction gathered here. The Writer's Heaven stories collected here are consistently funny, demonstrating the kind of cheerful despair that marked particularly some of the later writing of Kurt Vonnegut as well, as opposed to the purer writer's hell that "Cornell" (as in Woolrich) portrays so vividly. While, as mentioned on this blog before, his more broadly comic collaboration with Bill Pronzini, "A Clone at Last", is a bagatelle, the essentially simultaneously published similar work "Another Burnt-Out Case" more than makes up for that, being far richer as well as longer. There are slight factual bobbles in the essay "The Fifties" as I recall, but, having buried my copy of this collection (and of its source,  Malzberg and Pronzini's The End of Summer anthology of 1950s sf), I can't quite pick those bits of chaff currently...and, as Malzberg once said to someone of whom it was less true, Even when you're wrong, you're right. The only way this anthology might've been improved in its literary content, I speak not solely out of nostalgia, would've been for (the actual vignette) "Prowl" (1978 Fantastic) to have also been included, the kind of horror that a parent of a teen (and who presumably remembers his own parents' state when he was a teen) might find it necessary to write.

A decade has gone by since the Kohler was published, a quarter-century since the Malzberg...Kohler has had one of her novels filmed, and been shortlisted or included in Best American Mystery Stories and Best American Short Stories, Malzberg is awaiting, no doubt with some mixed emotions, the likelihood of being one of the next people to be tagged as a Grand Master by the SFWA, the SF and Fantasy Writers of America guild, since Samuel Delany will be so Knighted next year and Kate Wilhelm and Malzberg seem the likeliest contenders for the next round.  I suspect you not only will be entertained by these slim volumes, but will gain some valuable perspective. Thus, art, with the chewy bits left in.

I'm a big fan of Oates (Lessing, also). Thanks for putting this on my radar.

You'll probably be amused to learn that Oates and Malzberg were at Syracuse, in the writing program, together in the same years. Between them, they've no doubt written more published work than the rest of the class, or perhaps all the classes to graduate during their tuition there, combined. As I've noted here before, it might not take a wing, but it'd be a tall, crowded Malzberg/Oates one-copy/edition shelf...for that matter, I tend to see a lot of affinity between Oates and Wilhelm, as well, and wrote as much in SUPERNATURAL FICTION WRITERS, 2nd Edition, edited by Richard Bleiler (Scribner's)...

I've probably read all the stories in the Malzberg collection, but I don't have a copy of it. Off to the Internet to order it! I can only take small doses of Joyce Carol Oates' work. I read all her early novels and (up to about 1980) and then only sporadically.

Well, Kohler is a bit less fervid (on balance) than Oates...so if you like Wilhelm or Marcia Muller or Ellen Gilchrist (maybe a bit more intense than Gilchrist, a bit less plain tale plainly told than Muller), you might well like Kohler more.