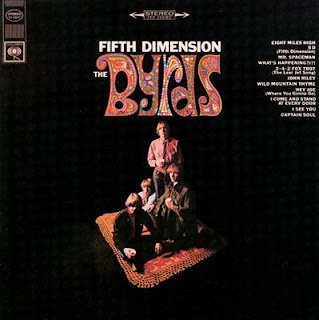 The Byrds: "Eight Miles High" (perhaps their single best recording, a wonderful fusion of their folk, jazz, Indian raga, and other influences)

Always good to hear from the unique Rufus Harley -- a true original.

And as one who first encountered him in concert in the '90s, almost weird to see an image of him so young. A conversation at that first concert led to Katea Stitt jumping a bit salty with me. Ah, well.

The more I hear the Thiele/Szabo, even with the slightly cumbersome brass chart, the more I like it. Particularly the jam at the end.

Thanks for posting this. I had no idea there were so many versions of this great Byrds song. I especially like the Desert Rose Band's acoustic version.

Hillman's bands have been recorded doing the song frequently...and I decided I wasn't compelled by Leo Kottke's versions, Golden Earring's, nor Roxy Music's, though CSNY's version trembled on the verge of inclusion. They await you, if you seek 'em. And you're quite welcome...thanks for stopping by and commenting!

A plethora of versions! Such a terrific tune.

I know this is sick but you should hear the cacophony when you play all 13 versions at once.

I have enjoyed that functionality in the past! Even two or three at once can be bracing.