Tom Kraemer memed at me and some others: 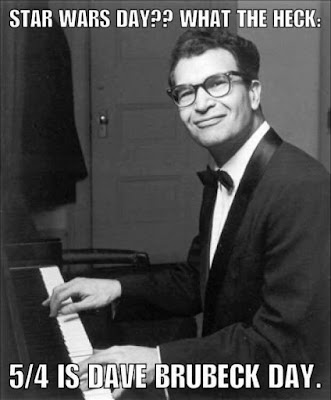 May the Five Quarters Be With You...

Max Roach Quintet: "As Long as You're Living"

Thanks, Todd. I am going to put some Brubeck on right now while I work.

I still have more albums by Brubeck, and particularly the Desmond/Morello/Wright quartet and their extensions (such as the albums with Bill Smith in for Desmond), than by any other performing artists...at least fifty...the Modern Jazz Quartet are the next most populous at at least forty. Mingus might be third these days, I've tended to lose track in the plethora of formats.

Thanks, Sergio. People seemed to have rediscovered it by themselves, two years later, so I popped it back out a little.