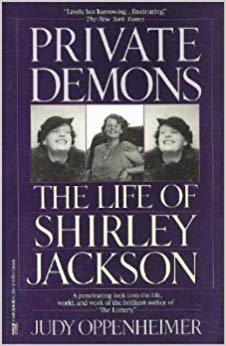 This fortnight's books and more, unfairly (or sometimes fairly) neglected, or simply those the reviewers below think you might find of some interest (or, infrequently, you should be warned away from); certainly, most weeks we have a few not at all forgotten titles...if I've missed your review or someone else's, please let me know in comments. Hope to not skip any more weeks soon, as this is a huge file even for 14+ days; also hope not to lose so many people in such a short period again: M. C. Beaton/Marion Chesney, (I didn't know her personally, but had at least some correspondence  when not face to face interaction with) Mike Resnick, Earl Staggs, and Steve Stiles...and at least one old friend of the blog is facing some similarly tough health problems.

Brad Bigelow: Who Would Be Free by Marian Spitzer

Joachim Boaz: The Night of Kadar by Gary Kilworth; 2019 best items reviewed; Mindbridge by Joe Haldeman; Captive Universe by Harry Harrison; The Death of Grass (aka No Blade of Grass) by "John Christopher" (Christopher Youd); An Alien Light by Nancy Kress

Ben Boulden: The Spy in a Box by Ralph Dennis

Michael Brown: The Return of Yorke Norroy by George Bronson-Howard

Will Errickson: The Totem by David Morrell; some Jeff Jones covers; some Dean Koontz pseudonymous novels

Curtis Evans: The Case of the Nervous Accomplice by Erle Stanley Gardner; Death in Five Boxes (as by "Carter Dickson") and Till Death Do Us Part by John Dickson Carr

Barry Gardner: Down by the River Where the Dead Men Go by George Pelecanos; Bone in the Throat by Anthony Bourdain

John Grant: The Abbess of Crewe by Muriel Spark;
The Swimmer by Joakim Zander (translated by Elizabeth Clark Wessel); Once on a Moonless Night by Dai Sijie (translated by Adriana Hunter); The Potter's Field by Andrea Camilleri (translated by Stephen Sartarelli); The Face of Trespass by Ruth Rendell

Bev Hankins: The Murder of Roger Ackroyd by Agatha Christie; "An Official Position" by W. Somerset Maugham, Cosmopolitan, July 1937, edited by Harry Payne Burton; some Big Little Books; Star Over Bethlehem by Agatha Christie; Mystery of the Haunted Pool by Phyllis A. Whitney

Lesa Heseltine: Nine Rules to Break When Romancing a Rake by Sarah MacLean

Jerry House: 7 Steps to Midnight by Richard Matheson; Life in the West by Brian W. Aldiss; "Recommended Reading" by "Anthony Boucher" (William White) and J. Francis McComas, the book review columns in 1950 issues of The Magazine of Fantasy and Science Fiction, edited by Boucher and McComas

George Kelley: The Best from Orbit edited by Damon Knight; The Pleasant Profession of Robert A, Heinlein by Farah Mendlesohn

K. A. Laity: The Man Who Watched the Trains Go By by Georges Simenon (translated by Siân Reynolds)

B. V. Lawson: The Midnight Plumber by Maurice Proctor; The Grand Babylon Hotel by Arnold Bennett

Robert Lopresti: "Black Friday" by Steve Brewer, from A Beast Without a Name, edited by Brian Thornton

Francis M. Nevins: A Stab in the Dark, Eight Million Ways to Die and (with Ernie Bulow) After Hours by Lawrence Block

Matt Paust: Love in the Ruins by Walker Percy

Mildred Perkins: The Death and Life of Schneider Wrack by Nate Crowley

Vanessa Rodriguez: America is Not the Heart by Elaine Castillo

Scott: The Foolish Gentlewoman by Margery Sharp; Best of 2019

Steve Scott: "From the Top of the Hill: Cinemantics; Art Note" by John D. MacDonald

Mike Springer: "A Good Man is Hard to Find" by Flannery O'Connor (read by the author) (courtesy Paul Brazill)

Prashant Trikannad: A Lesson in Deceit by Gillian Larkin

Bill Wallace: The Most Dangerous Man in America: Timothy Leary, Richard Nixon and the Hunt for the Fugitive King of LSD by Bill Minutaglio and Steven L. Davis; Shapeshifters: A History by John B. Kachuba; Fossil Legends of the First Americans by Adrienne Mayor

As always, thank you, José!

Todd – Thanks for compiling this big list. And hope you are over whatever ailment had you down.

Thank you, Elgin...it still has my sleep schedule out of whack, but I think I'm otherwise OK...

Many thanks for putting this all together, Todd. And I hope you are much better now.

Thank you, Tracy! I am feeling up to some chores today (the rewards of adulthood).

Thanks, Todd! Glad to hear you're on the mend.

Thank you, Jack, on both counts.

Thanks, Todd! Appreciate the weekly effort. Can't be easy. I seemed to be scrolling down forever which in a way is a good thing for FFB.

Thank you, Prashant! I only hope it doesn't get to be too much of a muchness for the casual reader...

Is FFB still alive? Did it move to another site? I miss it!

Thanks, Bkln (Brooklyn?), for the concern and the benison! It's still alive, though it's been unconscionably delayed by a confluence of relatively minor distractions and misfortunes--some broken bones in my left hand as well as my coccyx being the worst physically, the idiocy of our political season being the most recent in terms of both d&m...a world in which Elizabeth Warren would be facing William Weld and Vermin Supreme (currently the nom polititique of a primary-winning Libertarian contender, rather than a designation of the current incumbent and too many of his peers worldwide) in the general election, for example, would be a less monstrous world...but while there are life and book reviewers, there is hope!