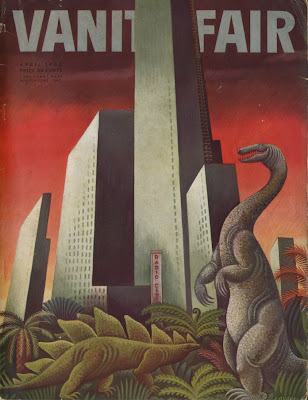 One of the more striking covers of the first Conde Nast Vanity Fair magazine, 1914-1936.

Vanity Fair today is basically a rather pompous gossip magazine, a bit heftier (more in physical terms than the desired literary/cultural sort) than People or Us, rather better-funded and more widely sold than the New York Observer, but fitting rather comfortably into the slot between them; the greatest pity in this is how much The Atlantic today resembles it.

The current VF is very proud of reviving the title, which had been a Conde Nast project when he still ran the company that bears his name, and which title began, after Nast bought magazine rights to a folded VF which had flourished in the 1890s, as essentially a spinoff of his big moneymaker of the time (and still), Vogue. While the new (and now old) Vanity Fair, quickly turned over to Century magazine art editor Frank Crowninshield, went from being another fashion magazine to one which was, at times frivolously or leaning into the sphere of gossip, nonetheless about culture at large in a way that the current VF has never achieved, and featuring an array of contributors that the current one would be hard-pressed to emulate.

The first issue as VF: 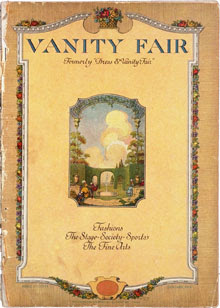 And the last issue: 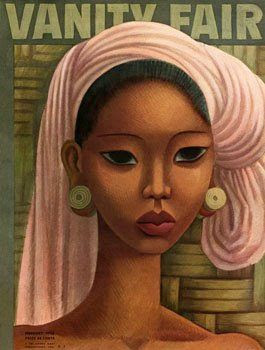 I don't have a poachable table of contents for this anthology from the magazine, and don't have time at the moment to create one (though I think I should), but under Crowninshield, the magazine was able to call on, and cultivate, a remarkable number of important artists, literary and visual, as the editor was both (as Cleveland Amory is careful to note) fascinated by the new in the arts and the rest of human endeavor and very much rooted in the manners and grace of the culture he was raised in; in his first editorial (March 1914 issue), for, example, he states, with patrician charm, "We hereby announce ourselves as determined and bigoted feminists." And the humor there is only in the intentional syntax...from the first issues, he was publishing Anita Loos and Gertrude Stein, and the first major "discovery" of the magazine was a young poet and essayist named Dorothy Rothschild...who would soon be signing her work Dorothy Parker. Her first contribution collected here is "Men: A Hate Song." 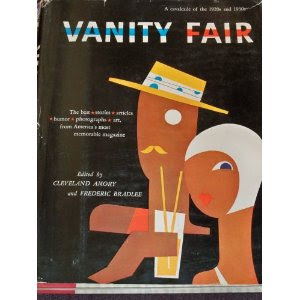 There was no lack of male contributors, either: P. G. Wodehouse, Robert Benchley, G. K. Chesterton, Noel Coward, Louis Untermeyer are all represented in the book by works published by the end of 1920, and along with them and after, Edna St Vincent Millay, Amy Lowell, Carl Sandburg, Colette, Jean Cocteau, T. S. Eliot, Aldous Huxley, Lord Dunsany, Djuna Barnes, Clare Booth (well before her Life was making Time), Frank Sullivan, William Saroyan, Janet Flanner, Mencken and Nathan, and Kay Boyle. 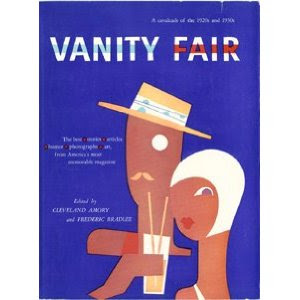 And as notable as the literary contributions are the visual, both the paintings and sketches from Picasso, Matisse and Otto Khan and many others (many daringly "modern" for a mass-circulation magazine of its time; Crowninshield had been one of the major supporters of the epochal Armory Show a few years before taking on VF), and the photography...much of the portraiture collected here is among the best I've seen, with nice examples of candids and landscapes scattered...but you've never seen Texas Guinan look better (even if you've ever seen the other photos of Texas Guinan), and there are fairly iconic photos of the likes of Gloria Swanson and Greta Garbo, among other less unsurprising subjects (Ms. Guinan not being the most striking bit of photographic genius). And the book doesn't pass up the opportunity to run Covarrubias's "Impossible Interview" cartoons, in full color: Greta Garbo and Calvin Coolidge refusing to speak; John D. Rockefeller and Josef Stalin not quite getting on (though they had similar management styles).

Only some of the prose here is what these folks should be remembered for; The New Yorker in its early years and The Smart Set and a few others have a stronger literary legacy than that represented here, but this book is a rewarding and impressive slice through the cultural history of the magazine's time. And a sterling reprimand to the underachievement of its heir, today.

And this is the magazine that apparently encouraged W. C. Fields to note, as his potential epitaph, "I'd rather be living in Philadelphia."


Edward Steichen's photo of Gloria Swanson...possibly incorrectly included in a Smithsonian article, "Steichen in Vogue"...Vogue being, as noted above, Vanity Fair's big sister...then as now. 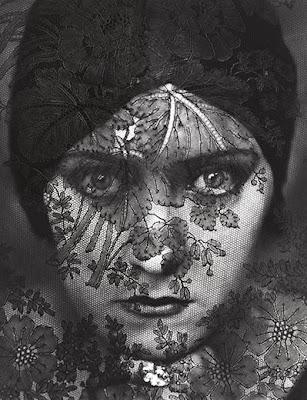 Seeing the cover I know I have that first edition somewhere. The question that won't be answered until I randomly open a box is where.

Further to my message I just turned around in my office and there it was sitting on the top shelf of a bookcase no doubt covered with dust.

That's pretty much how my memory goes, too. I'm listening to DOUG LOVES MOVIES, and can remember all the film titles I'd ever need to play "Build a Title," but can't remember anyone's name that is simply said to me...and have never been able to, need to read it.

When you look at their current covers, it makes you pause. Why are photos of current stars so much less appealing and why don't they know it.

Thanks for the help. We were on a failed mission.

Well, VANITY FAIR then was given its head by Nast, and edited by a lover of innovations in art. The current VF is PEOPLE magazine, only desperate to be hip and Serious. And it shows. There are magazines that still have innovatively engaging covers, but most of them are the more arty fashion or actual art magazines, and ZOETROPE ALL-STORY and little magazines.

VF lost me years ago when they used some of their (nearly non-existant) text space to do a hatchet job on an innocent little midwestern comics convention almost nobody had ever heard of. May have sold them an extra copy or two, nearly killed off the convention when the kids' parents saw it.

I gather the ads are useful to fashion design students.

I'll believe it. Trivial snark is too often the default setting of the issues of the current version I've read. Except when genuflecting to the powerful.

Not my favorite magazine, either, as you might gather.

Tod, if you are doing the summing up for Friday’s Forgotten Books my post is up too. It's here,

I was, mostly as an aid/backstop to Patti while she was otherwise occupied, but I'm glad to add yours to my list as well.