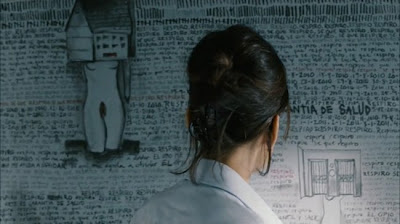 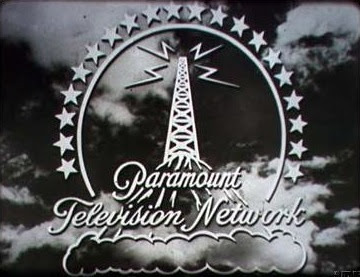 Thanks as always to all the contributors here, and there might well be a few more by the end of the day...the films and other presentations cited below are reviewed, or at least described, at the links. If I've overlooked yours or someone else's, please let me know. 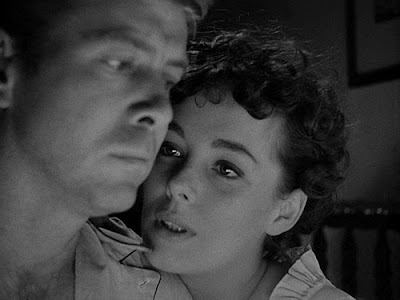 Eric Anderson: Diary of the Dead 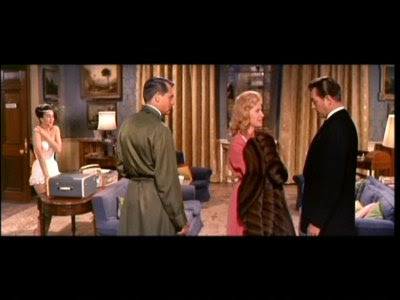 Jack Seabrook: Robert Bloch on Television: "A Home Away From Home" (The Alfred Hitchcock Hour, 1963) 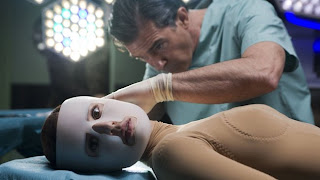 Pearce Duncan: La piel que habito (aka The Skin I Live In)

Randy Johnson: Day of the Outlaw 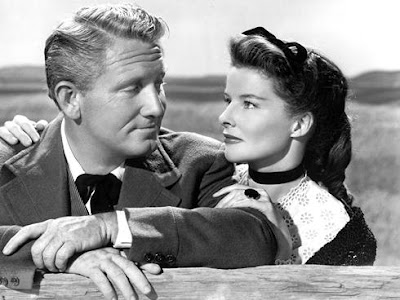 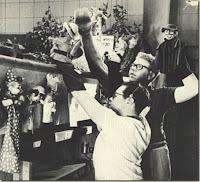 As it's the day after Western Easter, and on the run up to Orthodox Easter (the folks who consider yesterday to have been Palm Sunday), I am reminded of one of the most striking dramatic portrayals of the terrible as well as great burden for the individual that accepting supernatural faith can be, along with its comforts (and, of course, for the believers, the acceptance of fact). Unsurprisingly, it was an episode of the often playful and allusive Paulist Production Insight, which presented an anthology series for nearly a quarter century that ranged from the rather blatantly hortatory to the relatively subtle, and managed to engage some surprising as well as unsurprising talent on camera and off...episodes were written and/or directed by the likes of Jay Sandrich, Michael Crichton and William Peter Blatty, and featured actors including Cicely Tyson, Bob Newhart, Carol Burnett, Walter Matthau, Patty Duke and Gene Hackman. I'm not sure of the title of the early '70s episode that stuck with me, involving a man who finds himself utterly alone on the shorefront of a town or city...it's late at night, and yet the streets seem utterly deserted...except for one figure who keeps following him, getting ever closer, but never close enough for the protagonist to get a good look at him. The sinister potential of all this was well-played up, until the reveal at the end, when the protagonist walks over to the water's edge where his pursuer has fallen, and sees a wooden statue of Jesus of Nazareth bobbing. If you know which episode this is, I'll appreciate the reminder. Insight was a syndicated series throughout its run.

Patti Abbott recently asked her readers what their favorite children's film was, particularly if they had different ones now than they did when children (a very parental/grandparental question by any standard, as she notes), and it occurred to me that it was easier for me to cite my favorite television series in childhood, inasmuch as I had so much more access (and living as I did as a kid in suburbs of large-enough cities, or towns with several large cities nearby, I usually was able to see a fair amount of what was on at any given time, no Just Three Channels (or fewer) for me even before cable became common. (So, reader...what were your favorite children's series in your childhood, if any...and what might they be now? Please feel free to leave responses in comments...)

And one of my favorite series aimed at kids was the PBS problem-drama anthology, in 15-minute episode format, Inside/Out. It's certainly overlooked these days, but it was a very intelligently put-together one-season series that ran, as its Wikipedia page notes, forever on at least some PBS stations and on PBS-like TV Ontario (the YT-video linked to below was taped from KLCS, the LA County schools' PBS station). This wasn't the best episode of the series, "Home *Sweet* Home" (with asterisks here standing in for the strikethrough), but it does offer a rather typically deft presentation of a very dysfunctional family, and in contrast a simply reasonable if somewhat uptight one, and the kind of realistic crises the series regularly presented its characters with...the series won the Emmy for 1974 for "Outstanding Instructional Children's Programming," according to IMDb, which manages to misidentify it as a syndicated series. (Now vanished from YT, and replaced here by another episode I remember seeing back when: "Can Do/Can't Do"...):


Among the intelligent children's series as far away from Inside/Out as one could get, tonally and in its nature, puppet show Time for Beany (which would eventually become the animated Beany and Cecil) does share one other characteristic with I/O: this series is often not quite correctly identified as having been a syndicated series, when it was initially one of the relatively few national offerings of the not quite stillborn Paramount Television Network, which ran alongside and in contentious dispute at times with what should've been its partner/cousin, the DuMont Network, of which Paramount was a part-owner. But Paramount owned a few stations of its own, most importantly KTLA in Los Angeles, which were the core of their small network from 1950-1955, the PTN operations coinciding almost exactly with the operations of DuMont. And the early pre-Beany and Cecil episodes had such talent as Daws Butler (the Mel Blanc of Hanna-Barbera cartoons, the voice of Huckleberry Hound among others) and Stan Freberg working the puppets and providing the voices...


And, to return to the ever-crowd-pleasing angle of abused kids and their means of coping, here's a suitably surreal and at times grotesque yet typically All-American vision (curdled a bit around the edges, but more resilient at its core than it seems) from the young David Lynch, writer and director of this short film, The Grandmother (1970).


Or, if you prefer your web-video horror in shorter and more conventional-narrative doses (and one where the fun is along with the kids...and adults who might too much resemble kids), here's one of the more widely-seen horror shorts on the web...which doesn't mean that it's caught up with you as yet (and, certainly, you don't want what it portrays to ever catch up with you and yours)...There Are Monsters (2008), written and directed by Jay Dahl (and you might want to hit that little button on the bottom right, to manipulate the image so you can get a full-screen effect here):

My review of TROLLHUNTER is now up and running

My review is posted as well, Todd.

So it's Tuesday, and I drop in on this site to check out the Ovrlooked Films list ...
... and what do I find but my own name ...
... and listed as a contributor yet!
Jeez, you'd think I actually had my own blog or something!
So does this mean I've "made it" - sort of?

You're on Easy Street now, Mike!

I think I've seen the episode of Insight that Bob Newhart appears in (assuming he only appeared in one episode). I believe he plays an angel, and even works in his trademark telephone conceit, talking to God or some other authority figure in Heaven, if I'm not mistaken.

You threw me for a second...I think the SILVER SPOONS guy was Joel Higgins, versus the MST3K co-creator Joel Hodgson (I don't believe I've ever watched an episode of SILVER SPOONS, even with Erin Gray as the mother...lucky Joel Higgins, to that extent).

Now that you mention it, I might've seen that episode of INSIGHT with Newhart, as well...Newhart is also a pretty observant Catholic if I'm not mistaken, so he's not too unlikely a guest on the series...

(And I can see another potential confusion point for Higgins and Hodgson...THE HIGGINS BOY AND GRUBER was one of the long, free-form series also on the Comedy Channel, along with MST3K, the latter being the major program contribution along with SHORT ATTENTION SPAN THEATER of the Comedy Channel in its merger with HA! to become first CTV, then Comedy Central--CTV already being the largest privately-own network in Canada, too close for trademark comfort.)