Paramours in Elysian Fields: recent (and some not so recent) fiction magazines, beyond crime fiction, fantastic fiction & contemporary-mimetic fiction

Fiction magazines over the last four decades or so (the years I've been reading them) have often been almost as specialized as some were during the pulp era (leaving aside the nostalgic jape collections featuring Spicy Zeppelins, or injoke magazine/anthologies featuring athletically heroic fiction-editors)...even if many of the most specialized magazines have been even less likely to flourish than the mayflies of the pulp chains (where at least a few titles could depend on their popular stablemates to subsidize them briefly, till they could find their own audiences). We've had an historical fiction magazine: 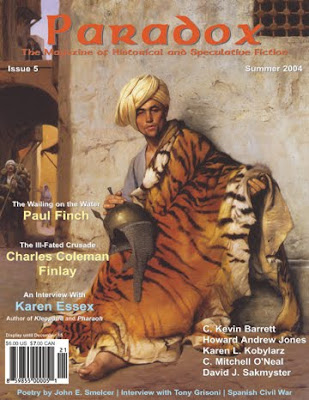 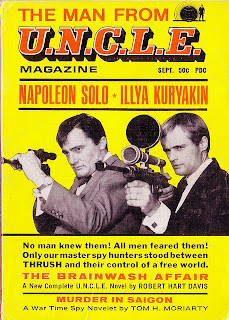 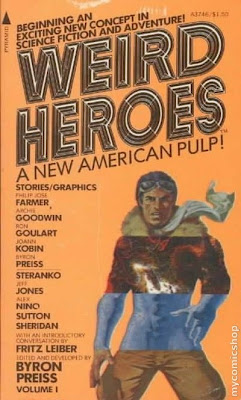 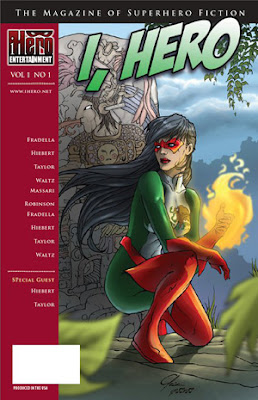 ...and attempts to revive the hero-fiction magazine (stepping back from the comics that took over the heroes from pulps, for the most part, along with "men's adventure" novel-series...and some other series characters in crime and particularly espionage fiction...): 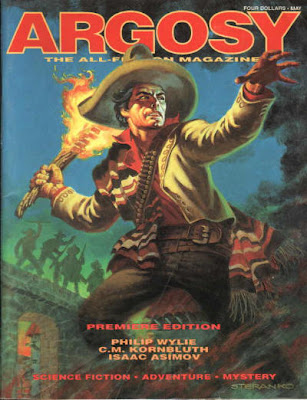 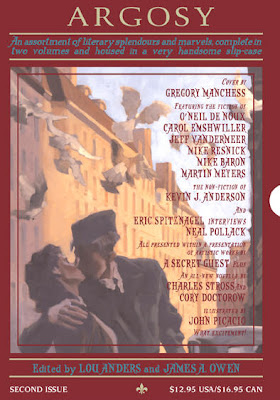 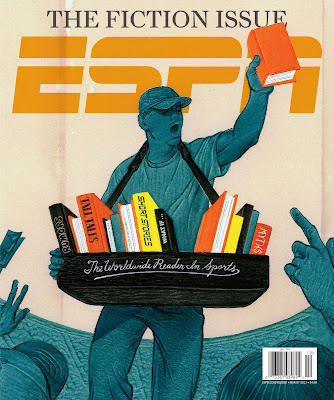 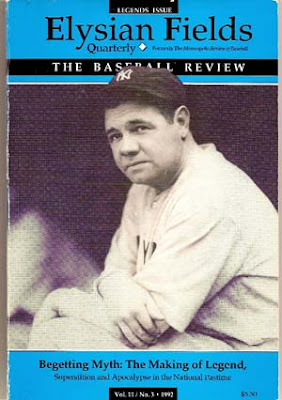 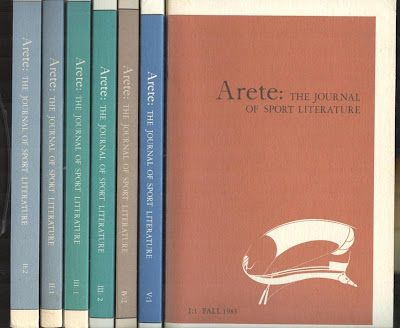 While there have also been lamentably brief attempts to revive the title of the first great/true pulp magazine, Argosy, have both offered elaborate little-magazine treatment, and both utterly eclectic though the more recent one seemed more literarily adventurous, less devoted solely to adventure fiction.


Latter-day sports fiction magazines, aside from a notable special experimental issue from ESPN magazine, have largely been comprised of EFQ for baseball fiction, etc., and the ongoing Aethlon, formerly Arete, devoted to all sports.

Louis L'Amour Western Magazine, from Dell, was the best western-fiction magazine we'd had at least since the Dell version of Zane Grey Western Magazine...even though the Dell Grey was revived after a fashion in the late '60s by Leo Margulies's house, and in the later '70s, we saw the brief run of Far West...while Ranch Romances had become the last of pulp magazines to continue publishing (with an expanded title), aside from the sf magazines Amazing and Analog, which had moved further away from pulp format and the concerns of their pulp-era predecessors...and, of course Argosy, which, like Bluebook had stopped being a pulp or fiction magazine altogether, and was more of a downmarket, but more machismic, imitation of Esquire, just a shade less testosterone-soaked and blinkered than Bluebook, True or Saga; Adventure, having taken a similar path for a couple of decades, staggered for its last issues into the 1970s as a "men's fiction" magazine so labelled, thus another lonely peer of RR. 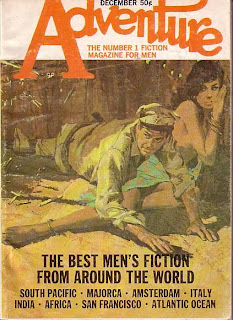 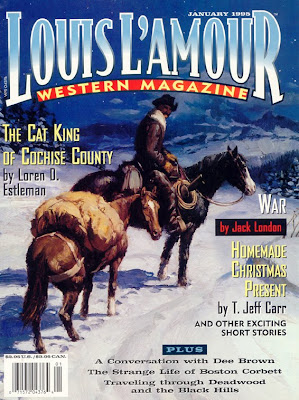 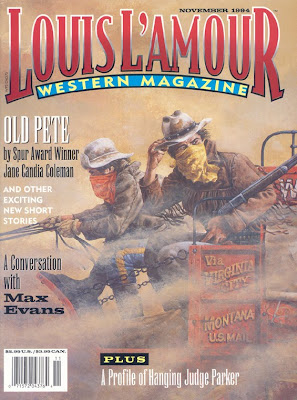 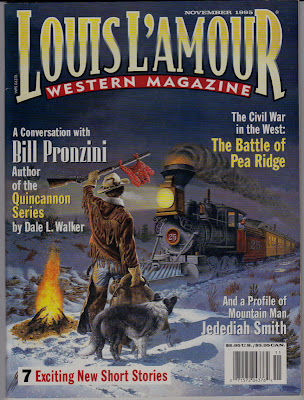 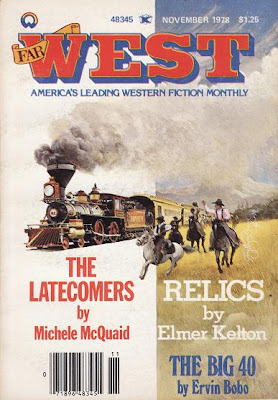 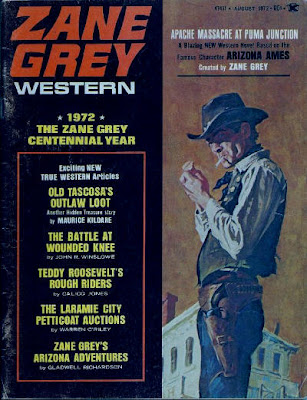 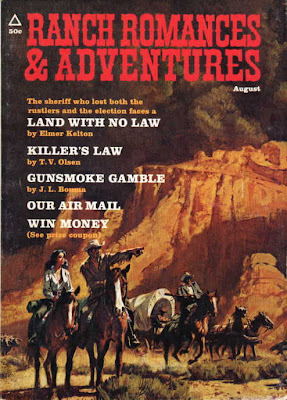 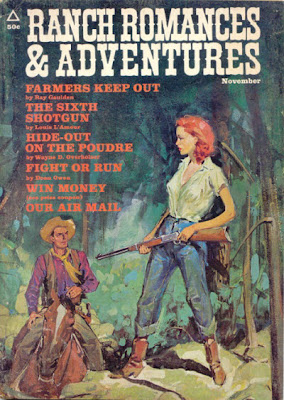 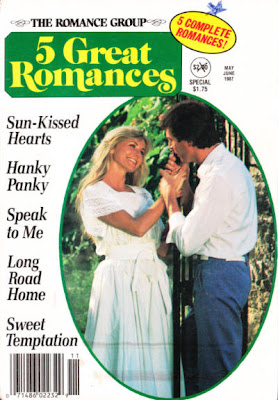 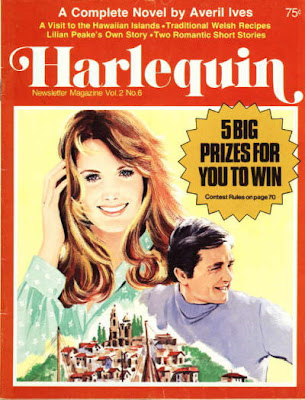 Meanwhile, among the occasional romance-fiction magazines per se we'd see, at least these two were relatively long-lived, and ready to run a little actually-good fiction along with that willing to slavishly follow formula... 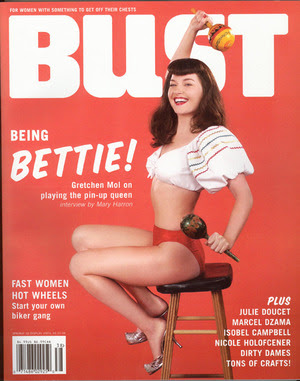 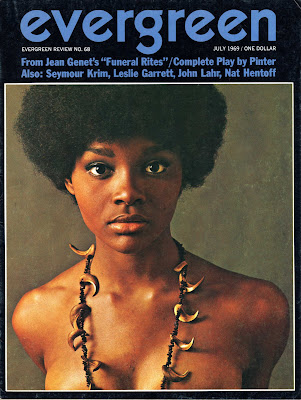 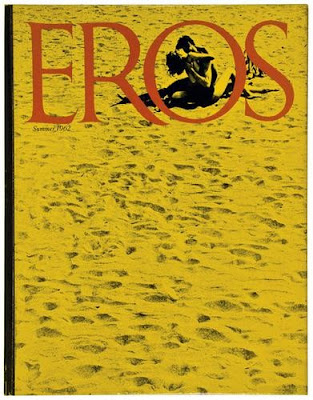 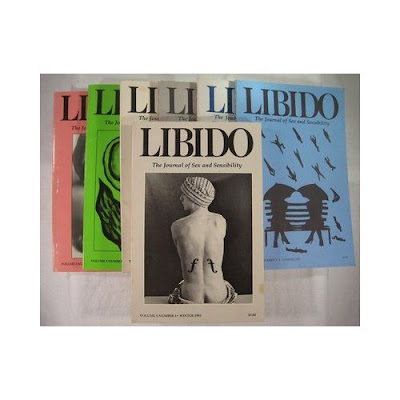 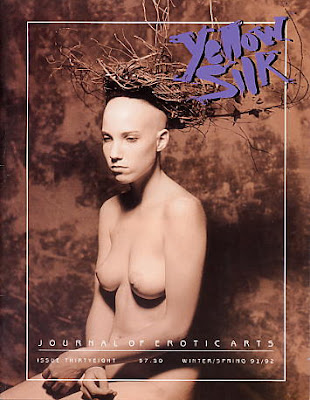 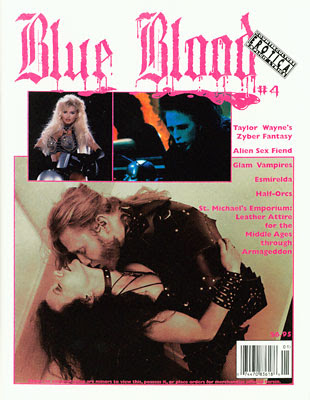 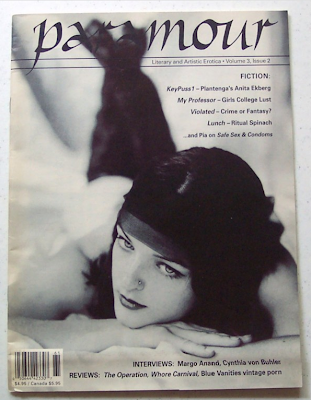 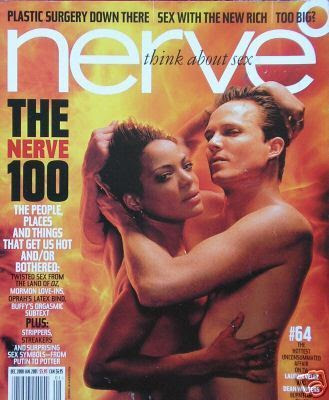 And, of course, still the bestselling of all current US fiction magazines, of a less exalted stripe (leaving aside the political and astrological, of course--even in diminished circumstances, Penthouse Letters not only outsells all of its imitators but everything in those other classes of magazine, as well, at least here in the home country)...among other likely and unlikely contributors, even Robert Silverberg has written fiction for PL (or, should that be, given the remarkable range and prolificacy of Silverberg, even PL couldn't escape his contribution...and it was collected in Susie Bright's best of the year anthology, the pioneer in that field).


Some cover images here courtesy of Galactic Central. (Some of us manage to forget that it's this day...so, happy Easter, for most Xians ((and Palm Sunday/Feast Day, Orthodox))! Happy continuing Passover, Jews! Happy Buddha's Birthday, Japanese Buddhists! Happy International Romani Day, Romani!)
Posted by Todd Mason at 4/09/2012 07:25:00 AM

You're quite welcome, and thank you. It would help if more of them would last longer...but many of these have had runs of at least several years and/or left some impressive legacies of fiction (much of it sadly rather appropriate for FFB treatment). And I didn't even try to add the children's magazines and the humor magazines...and I have a sneaking suspicion that I'm missing a few more specialized titles (aside from a number of erotica one-shots...so to write).

Forgot all about some of these. Especially Evergreen.

One blogger I was reading over the weekend made a case that EVERGREEN "jumped the shark" when it went from pulp/"standard"/comic-book sized to 8.5 x 11 and began tarting up its covers more, making a commercial plus of its reputation and some of its content. I don't agree, though much of the most important material in the magazine was in its first decade (when there were fewer outlets for material pushing various sorts of envelope).

I'd be interested in which ones you remember now, Patti! Too many have been easy to miss.

Enjoyed seeing many of the older pulps above. This stylized but conventional illustration captures the spirit of those old stories and their writers. A special love when I was a kid was the short story illustrations in the slick magazines.

Though in a real sense, only ADVENTURE and RANCH ROMANCES were pulps any longer, and even they were doing what they could to appeal to (at least nostalgic) modern audiences...the others are or were postpulp...even WEIRD HEROS...if anything, I'd suggest even the RR and ADVENTURE covers here are better than many pulp-era covers, with more attention to craft and less busy-ness...likewise the similar ZANE GREY...LOUIS L'AMOUR had rather too busy covers.

And the romance and sports titles probably have the clumsiest covers (though, of course, ARETE/AETHLON isn't really trying).

Wow, apologies for all the white space and attenuation, IE readers. This post was compsed on Chrome, and looks similarly tight on Firefox, but on Microsoft's child it looks like a jigsaw puzzle that's been dropped on the floor.