FRIDAY'S "FORGOTTEN" BOOKS AND MORE: the links to reviews and related texts: 2 October 2020 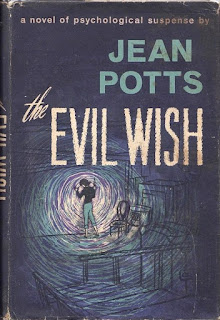 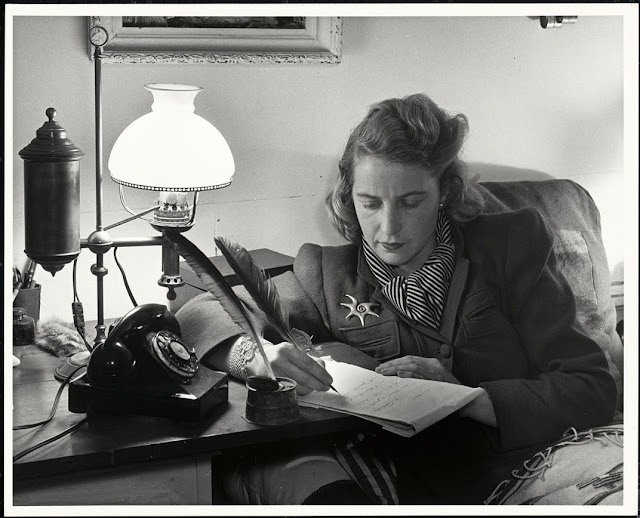 Brad Bigelow: Novels and Auto Accidents: The Descent by Fritz Peters; The Accomplices by Georges Simenon (translated by Bernard Frechtman); Juice by Stephen Becker; Be Silent, Love by Fan Nichols; Accident by Elizabeth Janeway; The Pursuit of Happiness by Thomas Rogers

"Olman Feelyus": The Duplicate by William Sleator; The Jook by Gary Phillips

Aubrey Hamilton: The Knife Slipped by "A. A. Fair" (Erle Stanley Gardner); Murder in Mykonos by Jeffrey Siger

Bev Hankins: The Avon Ghost Reader edited by Herbert Williams; Avon Mystery Story Teller edited by Joseph Meyers and E. B. Williams; Seven Footprints to Satan by A. Merritt; The Clue in the Clay by "D. B. Olsen" (Dolores Hitchens); 4 Feet in the Grave by Amelia Reynolds Long; The Seventh Mourner by Dorothy Gardner; The Mystery of Hunting's End by Mignon G. Eberhart; Friday Fright Night roundup

Kate Jackson: Under the Influence by Geoffrey Kerr; Friday Fright Night: 13 novels: Which is the Most Frightening Situation to Find One's Self In?

Tracy K: The Way Some People Die by Ross Macdonald

George Kelley: The Mammoth Book of Perfect Crimes and Impossible Mysteries edited by Mike Ashley; Rivers of London by Ben Aaronovitch; The Writer's Library: The Authors You Love on the Books that Changed Their Lives edited by Nancy Pearl and Jeff Schwager

Mark R. Kelly: A Fall of Moondust and Earthlight by Arthur C. Clarke

Kristen: Lost in Translation: An Illustrated Compendium of Untranslatable Words from Around the World by Ella Frances Sander

Karen Langley: The Nose and Other Stories by Nicolai Gogol (translated by Susanne Fusso); more Gogol in translation

David Levinson: Worlds of If, November 1965, edited by Frederik Pohl

Library of America: "The Lady on the Bookcase" (aka "Thurber as Seen by Thurber") by James Thurber, The New York Times Magazine, 28 January 1945

Todd Mason: E Pluribus Unicorn by Theodore Sturgeon; Nine Horrors and a Dream by Joseph Payne Brennan; (Horror Stories from) Tales to be Told in the Dark edited by Basil Davenport (Ballantine Horror items for Friday Fright Night); Databases of some horror and fantasy literary awards, and some related sources of background information

Francis M. Nevins: Turn on the Heat and Gold Comes in Bricks by "A. A. Fair" (Erle Stanley Gardner)

Mildred Perkins: The Courier by Gerald Brandt; the film adaptation of sorts

Richard Robinson: The Story of Classic Crime in 100 Books by Martin Edwards; The Best Science Fiction of the Year (Volumes 1-3)  edited by Neil Clarke

Gerard Saylor: Solo by William Boyd; The Acolyte by Nick Cutter; What You Break by Reed Farrel Coleman; I'll Be Gone in the Dark by Michelle McNamara

Scott Thompson: Summer in the Country by Edith Templeton

Kevin Tipple: Dragon by the Bay by Garnett Elliott

These lists were among those published in Twilight Zone Magazine in the May/June and July/August 1983 issues, with several others offering to help create a Five-Foot Shelf of Fantasy...I wonder if Wagner preferred his supernatural horror choices over, say, Conjure Wife and The Haunting of Hill House or simply wanted his list to all be cited, figuring others would cite the Leiber and the Jackson.
Karl Edward Wagner:

4. Dark Sanctuary by H. B. Gregory

6. Maker of Shadows by Jack Mann

9. Burn Witch Burn by A. Merritt

4. The Screaming Mimi by Fredric Brown

5. The Fire-Spirits by Paul Busson

9. Fully Dressed and in His Right Mind by Michael Fessier

10. The Shadow on the House by Mark Hansom

12. The Master of the Day of Judgement by Leo Perutz

4. The Quatermass Experiment by Nigel Kneale

5. Quatermass and the Pit by Nigel Kneale

6. The Cadaver of Gideon Wyck by Alexander Laing

8. The Black Corridor by Michael Moorcock

9. Land Under England by Joseph O’Neil

10. The Cross of Carl by Walter Owen

13. The Day of the Triffids by John Wyndham

Thanks for this labor on the behalf of readers.

As to your contemplation of Wagner's lists, I do recall that he spoke favorably of _Conjure Wife_, but, perhaps, thought it only 13th of 14th best.

Could be, John! I have my suspicions that my father, professionally an engineer and a devotee of hard-science sf and somewhat disdainful of horror fiction in his worst moments, enthusiastically endorsed the 1963 film THE HAUNTING (based, of course, on Jackson's THE HAUNTING OF HILL HOUSE) as the most frightening movie he'd ever seen, I think in part because the approach taken to the supernatural there (and in the novel) is rather sfnal...

You're quite welcome, and thank you.

Thank you for all the links, and for posting those lists. Glad to see Fredric Brown so high on Karl Edward Wagner's list, lots of others I don't know so I will be researching those.

Not at all, Cullen, and thank you. Some of the Wagner listees are definitely relatively obscure today, but, for example, Alexander Laing was the author of Robert Bloch's choice for the 100 BEST HORROR BOOKS essays volume, even given the quality of some of the prose, as Bloch was quick to note; Laing also edited some rather impressive bug-crushing horror anthologies in the '30s, the NOT AT NIGHT era when such were at least as popular as they tend to be now. (Bloch, as a noted contributor to Farnsworth Wright's WEIRD TALES, as initially a protege of H. P. Lovecraft, definitely learned how to mine bad prose for the nuggets! Bloch as a writer in his own voice was already emerging by the time Dorothy McIlwraith took over at WT, and produced what some of us think were the better issues of the magazine, with Bloch as one of the stars there, as well as contributing widely to other markets.)