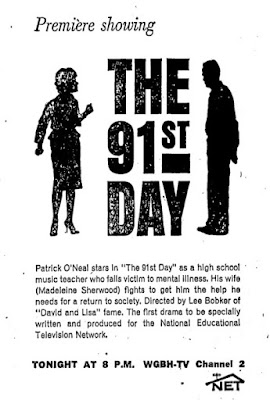 The weekly roundup of reviews, interviews, and other citations of (often, though not always, underappreciated examples of the dramatic and related arts). As always, please let me know if I've missed your or anyone else's contribution this week in comments...thanks.


Anonymous: Journey to Italy; Sabrina (1954 film); The Exterminating Angel; My Night at Maud's

B. V. Lawson: Media Murder; and another

Cult TV: Tightrope [the US Tightrope magazine and its stablemates.]

Deb Pfeiffer: Al Jaffee on the genesis and art of the Mad "fold-in"

"Gilligan Newton-John": Blood Rage; Anguish (an NSFW image or so)

Jerry House: The Ghosts of the Canyon

Martin Edwards: Eric Ambler at the British Library; Words in the Square

Patricia Nolan-Hall: The Comedy of Terrors

Paul Brazill: Grace of My Heart

Ruth Kerr: Lessons in the Dark

Sergio Angelini: The Edgar Wallace Mysteries: "The Clue of the New Pin"

Stacia Jones: The Perfume of the Lady in Black; The Man and the Moment; Dead Pigeon on Beethoven Street; Suspicion

Stephen Gallagher: Danger Man (and Man in a Suitcase)

Todd Mason: 1950s/early 1960s jazz performance television series in the US and UK

Todd, thanks very much for the link to my review. I haven't been around for a while, so it's good to see new reviewers writing about some interesting films and television.

Some marvellous stuff here and lots of interesting TV too (never seen TIGHTROPE or MAN IN THE MIDDLE and would really like to now). Thanks as always chum,.

Thank you, Prashant, and good to have you among the contributors again.

And you, Sergio...TIGHTROPE being among the relatively few tv series to have spawned its own fiction magazine, as I've noted here before...probably should put that link in...

Greetings Todd, here's one of my rare contributions:

Thanks, Brian. Well, the slim chance a print will be discovered in Christchurch or Bratislava...in a melting glacier due north of Yellowknife...

Thanks as always, Todd, for your hard work in compiling these links and for including my picks.

Not at all, Elizabeth...thanks for your contributions!